Since the refugee crisis of 2015, Denmark, the first signatory of the 1951 Refugee Convention, has been at the forefront of the debate around deterrent migration policies. Until recently, Denmark has been recognized as an egalitarian country with an exemplary welfare system. Now, this reputation might have been irrevocably tarnished as the Danish government continues to set itself apart from its Scandinavian counterparts with increasingly hostile migration control measures. 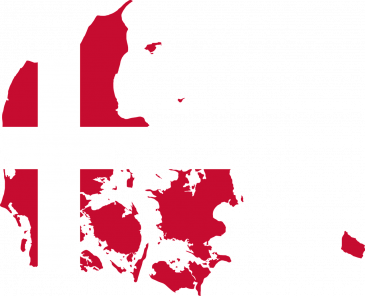 Deterrence within the EU Context

In the wider context of EU asylum policies, the principle of deterrence is by no means a novelty. The so-called “refugee crisis” has unequivocally altered the public discourse and politics around refugee protection frameworks.

Although there have been various policy responses to this crisis, which have been aptly described as an “exogenous shock” (Hagelund, 2020), recent developments have revealed a clear trajectory towards hostility as a form of migration control.

The focal point of this hostility has been the deterrence of potential refugees, and performative, cruel measures aimed at reassuring a secondary audience: the concerned members of the public within the territory of the receiving state (Collyer, 2020).

This rapid proliferation of deterrence policies has been preceded by various non-arrival measures, such as the funding of the Libyan coastguard for interception of boats and the EU-Turkey Statement, to the stretching of EU borders outwards beyond EU states’ territorial limits. In their attempts to shift and contract out their protection duties under international refugee law, EU policymakers have come to the realization that once asylum seekers are at territorial state borders, it is too late. At this stage, states` responsibilities for the processing of asylum applications and the protection of asylum seekers have already been triggered.

As a result, migration control measures have been exceedingly focused on targeting potential asylum seekers who are yet to be on the move. This targeting has further contributed to the shift toward externalization of EU migration control practices, aiming to reduce the visibility of asylum seekers within EU borders. This principle of deterrence and the concomitant externalized control policies have not only revealed themselves through inhumane detention schemes, but also through the cutting down of EU-wide search and rescue missions.

The prevailing rhetoric around pull-factors has been used to justify the removal of search and rescue (SAR) operations from the mandate of OPERATION IRINI, which was replaced by Operation SOPHIA in March 2020. Furthermore, not only has the Council of the EU limited the mandate of the SAR operations, but due to the increasing pressure from the member states has also deployed naval assets in areas where chances to conduct rescue operations are lower.

In addition to this collective shift toward deterrence, it appears that an added aspect of hostile performativity, almost unprecedented in its severity, is evident in a particularly significant policy turn for the Danish government. This change has been especially notable, considering the relatively minuscule number of asylum applications Denmark has been receiving in recent years — a nominal 170 in the second quarter of 2021 — in comparison to other EU countries. Despite this downward trajectory, in January 2021 the Danish PM Mette Frederiksen reiterated the governing Social Democratic Party’s “tough stance” on immigration by stating that the goal (for 2021) was to have “0 asylum seekers”.

Five years before Frederiksen`s concerning statements, Denmark gained notoriety with the infamous “jewellery bill”, which enabled the Danish government to seize assets from asylum seekers worth more than 10,000 Danish kroner (approximately US$1,580). By 2019, a mere 186,000 Danish kroner in cash and a single car had been seized under this bill. These figures have been interpreted by many as pointing toward the bill being a performative restriction with the primary concern being to present harsh optics rather than to actually use this power.

This bill perfectly exemplifies the principle of deterrence embedded in Danish migration policies. It not only serves as a far-right dog whistle, but also attempts to send a message to potential asylum seekers by signalling toward the hostility that awaits them if they attempt to apply for asylum within Danish borders. As the bill served its primary purpose of making Denmark appear “less-inviting”, the lack of confiscation of actual assets has been attributed to an attempt at rebounding the international backlash received by the Government.

Since the introduction of the jewellery bill, the Danish government has continued to test the limits of international law with increasingly hostile policies. A 2019 Country of Origin Information Report, noted the improvement of the security situation in Damascus. This was followed by the Danish Refugee Appeals Board (Flygtningenævnet) expanding a “safe” designation to the entire Rif Dimashq Governorate. In June 2020, the Danish Minister for Immigration, Mattias Tesfaye, demanded an acceleration of reassessment of the cases of Syrian nationals from the Damascus area.

In March 2021, Denmark became the first European country to deem Damascus and its surrounding area safe, revoking the temporary subsidiary protection status and/or the subsidiary protection status of 94 Syrian refugees, a number that continued to increase in the recent months. This decision received severe backlash from the international community, along with a resolution from the European Parliament reminding all member states that Syria is not a safe country to return to and any such return should be safe, voluntary, dignified and informed.

On 29 April 2021, a bill was drafted with the purpose of making amendments to the Danish Aliens Act (“Introduction of the possibility to transfer asylum-seekers for adjudication of asylum-claims and accommodation in third countries”)/ (Indførelse af mulighed for overførsel af asylansøgere til asylsagsbehandling og indkvartering i tredjelande). This amendment created a legal framework for the transfer of asylum seekers to third countries for processing their asylum applications.

According to this amendment, regardless of whether an asylum seeker is determined to be a genuine refugee, as defined under the 1951 Refugee Convention and its 1967 Protocol, the asylum seeker will not be able to then be resettled in Danish territory. On 3 June 2021, the Danish Parliament passed the amendment with 70 MPs voting in favor and 24 voting against. This model was first implemented by the Australian government under the name of  the “Pacific Solution” and deemed an egregious violation of international law by experts across the spectrum, including the International Criminal Court’s Prosecutor who stated that the conditions of the policy constituted cruel, inhuman or degrading treatment, and the gravity of the alleged conduct had been such that it was in violation of fundamental rules of international law.

Denmark is the first European country to follow Australia`s lead down this dismal path. The immigration spokesman of the governing Social Democratic Party, Rasmus Stokland, once again revealed the deterrence principle behind this policy by stating “If you apply for asylum in Denmark, you know that you will be sent back to a country outside Europe, and therefore we hope that people will stop seeking asylum in Denmark.”

Intersection of migration and other discriminatory policies

In addition to these policy changes, other recent discriminatory laws, although not specifically on the issues of asylum and refugee protection, have been indicative of the overarching trend of hostility towards migrants from the Global South, and have been used as methods for governing “unwanted groups” (Lindberg, 2020). The “Ghetto Package” announced in March 2018, consisted of a bundle of law and policy proposals targeting low-income neighborhoods with a population of fifty percent or more residents from “non-Western” backgrounds. Some restrictions contained in the package included: mandating the police to define certain areas as ‘increased punishment zones’ in which punishments for certain crimes are doubled; banning full-face veil coverings; and a mandatory pre-school programme. In addition, the scheme included a requirement to reduce common family housing, a form of non-profit housing run by independent and self-governing housing associations, in the “ghettos” to forty percent by 2030, resulting in thousands of people across the country being faced with eviction.

In another recent development, the Social Democratic Party presented a proposal that would require migrants to work for welfare benefits for at least thirty-seven hours a week. The government has stated that the plan targets “women with non-Western backgrounds.” The parliament is yet to vote on the bill.

The adoption of hostility as a form of migration control by the Danish government appears to be very much in line with the overall paradigm shift that has been taking place in the EU. However, it can be argued that the Danish case distinguishes itself from other policymaking processes due to the exacerbated and rapid politicization of the “migration issue”, which took place in a relatively short period of time. The centre-left Social Democratic Party (SD) came out of the June 2019 elections victorious. This win was greatly attributed to the adoption of hard-line immigration policies by the SD, swaying a base who traditionally had been known to vote right-wing.

As this policy turn bore its fruits, a new target gained primacy for policy making decisions. While the number of asylum applications steadily decreased, Danish policy makers started giving increasing primacy to gaining and keeping votes from right-wing base voters. Migrants at the borders, migrants on the move and even potential migrants — who have been typically at the forefront of deterrence policies — lost their place as the primary focus of migration control policies and became secondary targets.

The place of deterrence policies within migration frameworks as an effective tool for reducing influx is itself being increasingly called to question by scholars. Many argue that the “push-factors” override any deterrent measures implemented by these policies, and the decision on “where to go” is dependent on a wide range of variables that cannot be simplified down to “utility-maximization, rational choice and wage differentials.” (Crawley & Hagen-Zanker, 2019).

Despite its contentious efficacy, the deterrence principle has not only continued to dominate Danish migration policies, but the government has continued to push the boundaries of international law with ever more inhumane frameworks. This is mainly due to the fact that the policymaking process is dominated by an electoral motive and the desire to satisfy a voter base that expects their government to “deal with undesired others” in an outright hostile manner. Although the electoral motive is a common feature in the EU-wide policy making process, the conditions unique to Denmark, the rapid turn of the party policies, low number of asylum seekers, and a relatively small population, have created what we might call a microcosm of the wider politicization process that is taking place at the EU level.