The humanitarian crisis on the Poland-Belarus border has claimed several lives. On 30 September, the Polish parliament extended the state of emergency in a three-kilometre-deep strip of land along the border. It is hard to assess the situation in detail, as neither the media nor humanitarian organizations have access to this area, but we know a humanitarian crisis is unfolding, with migrants facing significant risk. 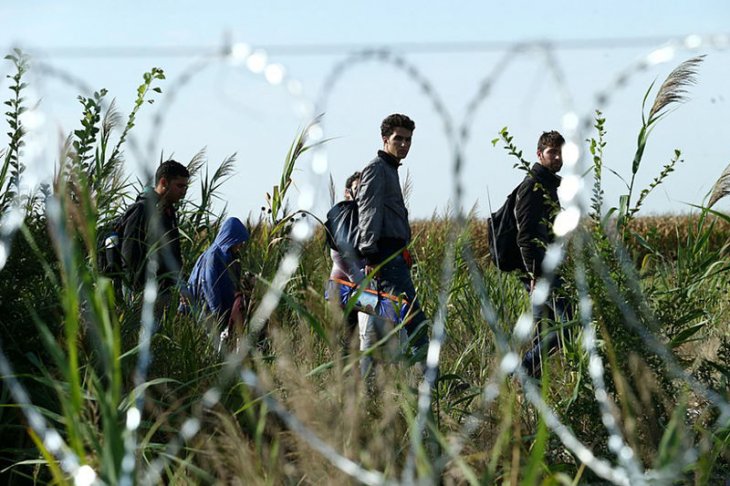 Since the summer, a humanitarian crisis has developed on the EU’s eastern border. According to Amnesty International, the state of emergency at the border is concealing human rights violations. Human rights violations in that migrants are dying in the forests.People who live near the border say that they hear children sobbing and gunshots. The right to seek asylum is also being breached. There have been pushbacks of the kind we have seen in the Mediterranean. Migrants are both being prevented from crossing the border and are being pushed back – driven back to the border with Belarus by Polish border forces. There is no sea here, only thick, dark, northern European forest, where temperatures fall rapidly in October.

This is the EU’s eastern external border. Poland’s border guards have received training and funding from the EU in order to do a job for the European community. Rightly, the European Commissioner for Home Affairs, Ylva Johnsson, is now asking questions, following deaths at the border. But this is not only about Poland, but about the EU as a whole. The Polish authorities are learning from experiences further south in Europe. About border fences and the use of mobile phones: according to the Polish home affairs minister, Polish border guards sent text messages to migrants last week that read: “Go back to Minsk. Don’t take any pills from Belorussian soldiers”.

Many of the migrants would want to apply for asylum. Some would no doubt satisfy the criteria and gain refugee status or leave to remain on humanitarian grounds. Many want to travel through Poland to Germany. Already some migrants who arrived in Poland previously are crossing Germany’s eastern border, although the numbers are still low. There is no accurate data, but most of the migrants originate from Afghanistan or Iraq, others from a range of countries, including Cameroon, Congo and Nigeria.

People are being used as pawns in a power struggle

The humanitarian crisis, including the human rights violations for which the Polish government is responsible, cannot be understood in isolation. People are being used as pawns in a power struggle. The man behind this is the Belarusian president. Polish border guards report that Belarusian border forces are firing into the air, simulating throwing grenades over the border, and using powerful lamps to dazzle the guards on the Polish side of the border. This is understood as an attempt to escalate the situation and provoke the use of violence, putting migrants in the border region at enormous risk.

The European Commissioner for Home Affairs, Ylva Johnsson, confirms that the Belarusian president is putting pressure on the EU in response to the sanctions the EU has imposed on Belarus. Meanwhile, migrants are paying perhaps around EUR 10,000 to fly directly to Minsk – from Iraq. Upon arrival in Minsk, the migrants are driven to the forests on the Belarus-Poland border (and also on the Belarus-Lithuania border) and abandoned. The migrants wander around in the deep forest in the border region. We know little of exactly what is happening on the Polish side, how many are being pushed back, how many succeed to enter Poland and remain or move on, how many are claiming asylum in Poland, or try to but, may be hindered from doing so, and we know even less of what is happening on the Belarus side.

Since August, Polish humanitarian organizations and people who live in the area have been attempting to help migrants who succeed in crossing the border. But, since the state of emergency was imposed, the humanitarian organizations no longer have access to a 3 km deep area along the border, so can only help migrants outside of this area. As in other places in Europe, local people risk criminal prosecution if they assist migrants who lack official status. Despite this situation, humanitarian organizations in Poland are fully present, providing emergency assistance and maintaining contact with migrants. They also help in emergencies by calling ambulances and by exerting continual pressure on the authorities to comply with their basic human rights obligations. The Polish Human Rights Commissioner is also following the situation closely.

The vote in the Polish parliament on 30 September tells of a divided political landscape. While 237 MPs voted in favour of extending the state of emergency, 170 voted against and 31 abstained. Unsurprisingly, MPs from the government parties supported the state of emergency – and took the opportunity to engage in anti-migrant rhetoric. Indeed, the anti-migrant rhetoric spectacle which is unfolding in Poland over the last few weeks is extremely undignified and dangerous, and entirely targeting interior political goals. Evidently, the Polish government is also exploiting the humanitarian crisis for its own political agenda; the result being sensational, polarizing, and includes distortion of facts.

Taking a step away from the Polish political spectacle, however, the humanitarian crisis at the EUs eastern border arguably has less to do with Polish migration policy, and much more to do with geopolitics. Who is bearing the brunt of the EU’s completely appropriate and necessary sanctions against Belarus? And why are Afghans who were already in Iraq in August 2021 – before the fall of Kabul – willing to pay EUR 10,000 for the chance to try to enter the EU? This is obviously not merely a question about what the Polish border force do – or prevent migrants from doing.

The battle for the narrative

News media coverage of this humanitarian crisis is perhaps proportional to the number of casualties.  The continual loss of life among migrants attempting to cross the Mediterranean is also no longer on the front pages of newspapers. The state of emergency declared by Poland prevents the media from entering the three-kilometre-deep strip along the border, making direct and independent media coverage impossible. Despite this, there is fortunately extensive coverage in the independent Polish media – and many Polish journalists are also writing for international media outlets. But there are many stakeholders, with very different interests, in the battle for the narrative about what is happening in the forests on the EU’s eastern borders. Norway, too, has experienced pressure on its eastern border – the course of events there is perhaps less clear, but the use of migrants as geopolitical pawns is not new.

Meanwhile, the United Nations High Commissioner for Human Rights is urging all states involved – including Belarus and Poland, as well as Lithuania and Latvia, to honour their commitments to basic human rights, as the humanitarian crisis at the EUs eastern border continues.

The humanitarian crisis on the Poland-Belarus border may come as a surprise to some but not to others. As mentioned in the article, many activists believe this issue is being orchestrated by an alleged vengeful authoritarian leader, Alexander Lukashenko.

ABC News found three men from Yemen in the forest, freezing and starving. The men said Belarusian troops beat them and ignored their pleas of sickness and starvation. At least five migrants have died.

According to ABC News, of the 600 asylum applications filed in Lithuania from those who crossed over from Belarus this year, not a single application has been approved. Vice-Minister of Interior claims that the migrants are not asylum-seekers because they are fleeing safe countries. His nescient ideals about the safe country concept is troubling. It precludes Lithuania from conducting an individual assessment into the migrants claims, and from identifying the technicalities and legal fictions that are allowed to play a great role in this humanitarian crisis, to the sacrifice of justice.

If I remember correctly, the European Court of Human Rights held in M.S.S. v. Belgium and Greece, that “the existence of domestic laws…guaranteeing respect for fundamental rights are not in themselves sufficient to ensure adequate protection against the risk of ill-treatment where…reliable sources have reported practices resorted to or tolerated by the authorities are contrary to the principles of the Convention.”

Not only should Poland and Belarus honour their commitments to basic human rights, they should also not stand in the way of procedural due process, in which migrants seek to claim asylum.