The Kandadji Dam project in Niger is projected to  displace about 38,000 people living near the Niger River due to the ongoing activities. The economic development goals of the project are to address food, water and energy insecurities in the region. The  initiative is part of the larger Niger River Basin scheme. Niger lies in a semi-arid zone prone to desertification  and is highly vulnerable to climate change impacts. 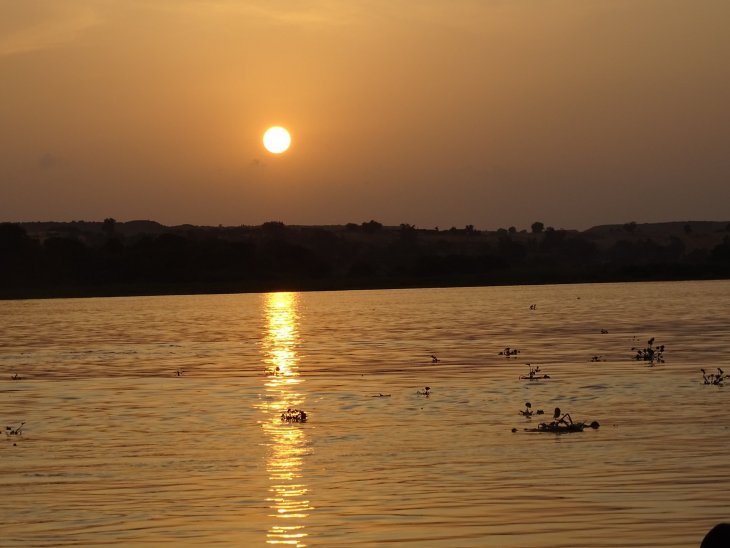 Project planners have overlooked the question of land, its use and cultural significance. Indeed, how can land, its use and cultural significance affect the human security of those impacted by the Kandadji Dam’s construction activities? Conceptually, land has distinctive particularities compared to other resources. Most notably, is its immobility, the transnational relationships associated with it, the efforts to control it, and the depth of attachments people develop for it.

Looking at the relationship between land and human security uncovers the pitfalls of the water-food-energy (WFE) nexus strategy. In the case of the Kandadji Dam project, focusing only on the WFE nesux overlooks insecurities that can arise because of land. Indeed, the neglect of land in water discourses has impeded the operationalization of the nexus as an effective problem-solving tool. There is also the idea that the water-energy-food nexus analysis tends to be a top-down perspective whereby an efficiency narrative can reinforce existing power dynamics and disregard local priorities. In other words, the nexus addresses resource scarcity through governance synergies at higher levels, but it does not always account for local realities.

Land is more than a “productive resource”. People have a deep attachment to land.  What makes land significant in the case of the Kandadji Dam project is its relationship with authority and identity. And climate mitigation and adaptation measures such as large-scale renewable energy plants can have negative externalities and conflict implications. Different livelihoods convergence can create local conflict because each group’ demands for land resources increases.

Niger, where the project is ongoing, is part of the Liptako-Gourma region which hosts multiple threats since 2012. It is estimated that between 2012 and 2019 there have been 1,463 armed clashes, 4,723 civilians killed by 197 violent armed groups in 1,263 discrete locations. Violence in this area is also said to be linked to power struggles, contestation of the social order and disagreements between the state and some communities. In this situation, the displacement of thousands of people may worsen these existing disputes. Particularly because ties to land imply livelihoods types (i.e. farming, herding, or fishing) that are attached to a sense of identity. Although the efforts to address human insecurity rely on the W-F-E nexus, there is a need to expand it to include land for its cultural and identity significance.

Hence, shifting the scale to adopt bottom-up and conflict-sensitive approaches can better address the impacted communities’ grievances and promote lower-level resource use cooperation. This can be achieved when the communities affected are included in all decision-making processes concerning project development. For instance, social and environmental impact assessments should include participatory processes that address local community perceptions and cultural diversity. As research shows, the cultural preconditions of a country can predict the way stakeholders understand a project, pursue their claims, and interact with other stakeholders as well as project’s manager decision making.