According to Resolution 1325 – and its nine follow-up resolutions – women should be included in all stages of peace negotiations, conflict management and peace-building. Combating conflict-related sexual violence is also central to the WPS agenda. 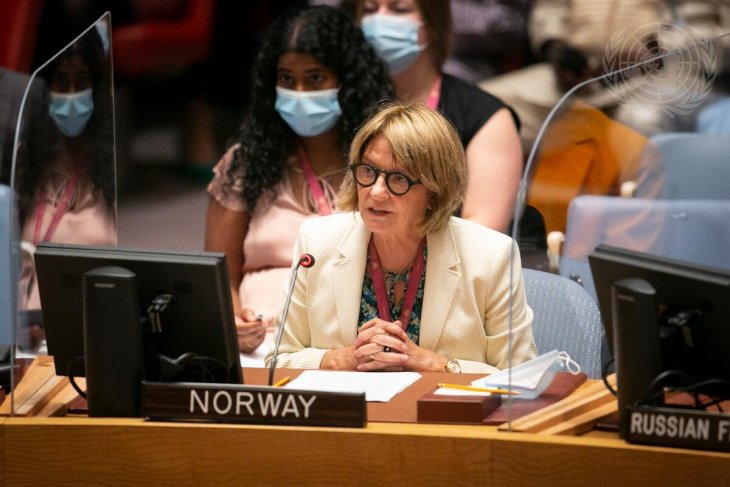 The theme for this year’s debate was “Investing in Women in Peacekeeping and Peacebuilding”, but the participating member states used the occasion as an opportunity to address a broad spectrum of topics based on their own security-policy priorities. The Norwegian contribution drew attention because Norway was one of only a few countries to make concrete commitments to increase investments in the WPS agenda.

More than 20 years have passed since Resolution 1325 was adopted, but we are still a long way from a situation where women participate on an equal footing with men in efforts to achieve international peace and security. This is most noticeable in those countries affected by war and conflict. The most recent edition of the global Index on Women, Peace and Security shows that the countries with the worst scores on WPS are countries hard hit by conflict and instability. These countries include Afghanistan, which has languished at the bottom of the WPS Index ever since the first edition was launched in 2017. The situation for women in Afghanistan was thus among the worst in the world even before the Taliban took control of the country in August.

In his annual report on WPS, UN Secretary-General António Guterres focused on what he described as increased “militarization” and that countries all over the world are increasing their military budgets.

In the pandemic year of 2020, total global military expenditure reached a record level. The five countries that spent most were the United States, China, India, Russia and the United Kingdom. Four of these countries are permanent members of the Security Council, and the fifth, India, is a non-permanent member in the period 2021-2022.

For Guterres, global disarmament and reductions in military expenditure are crucial to the successful implementation of the WPS agenda and the Sustainable Development Goals (SDGs). Resources must be reallocated if we are to solve all the challenges that threaten people’s lives and safety, including violence and discrimination against women. 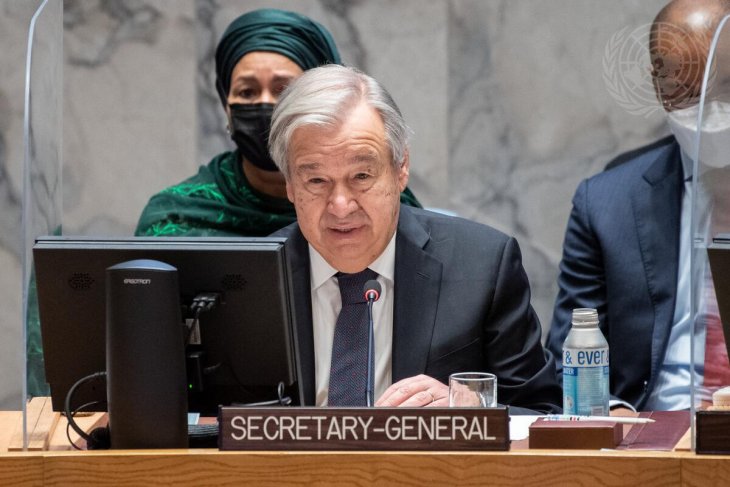 Norway is an elected member of the UN Security Council for 2021-2022. The inclusion of women in peace-making and conflict resolution is one of Norway’s four priority areas for its term on the Council. Norway is an international leader on WPS. It is known as one of few countries that aims for gender equality on its peace-negotiating teams, including in Colombia and in Doha, where the peace negotiations on Afghanistan were held. Mona Juul, Norway’s Ambassador to the UN, promised a quadrupling of economic support for WPS in Norway’s next national action plan on WPS in her statement to the Security Council. Juul also promised financial contributions to a new fund that will provide support and protection to women human rights defenders.

women’s organizations, civil society and researchers were notable for their physical absence

They also play an important role as watchdogs over both member states and organizations such as the UN and NATO. In a year when the pandemic has resulted in increased violence against women all over the world and thrown progress towards global equality into reverse, civil society is more important than ever. We must combat setbacks to women’s rights. On several occasions, former Norwegian foreign minister Ine Eriksen Søreide has emphazised that we must fight to uphold the agreements and rights that have already been adopted. There are powerful forces in favour of reopening these debates. One example is Turkey, which (ironically enough) has withdrawn from the Istanbul Convention on preventing and combating violence against women (including domestic violence).

The open debate lasted a whole day and more than 50 countries made statements. They covered a broad spectrum of themes and issues. Many made powerful calls to move from words to action, but few made any concrete suggestions or commitments. Next year we hope that civil society organizations will also have returned to the chamber at full strength. Their presence is needed to hold both the member states and the UN as an organization to account regarding the implementation of the WPS agenda.