For at least the past 3 weeks of the 33-day-long war against Ukraine, it has been clear that the Russian offensive has lost momentum, with its key groupings of forces stuck in the suburbs of Kyiv, Kharkiv and Mykolaiv. 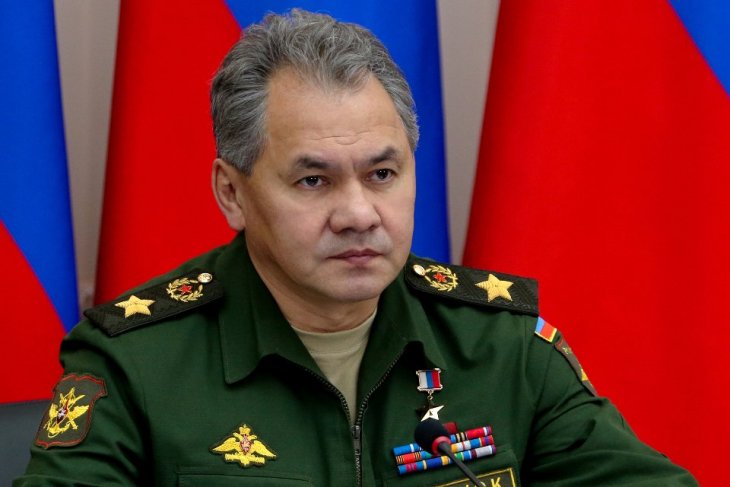 The question that all concerned observers have been asking is what the ostracized Russian leadership will do in this unwinnable situation.

Western leaders, led by United States President Joseph Biden, met together at three emergency summits in various formats last Thursday (March 24) to find ways to dissuade the Kremlin from seeking to break this deadlock through sharp escalation — perhaps even with the use of Russian nuclear weapons (Nezavisimaya Gazeta, March 24). On Friday, an ambivalent signal from the Russian top brass indicated that an answer involving de-escalation and a reduction of Russia’s over-ambitious goals was at least being considered in Moscow.

Colonel General Sergei Rudskoy, the first deputy chief of the Russian General Staff, asserted at a special briefing covering the first month of the “special operation” in Ukraine that all tasks for the initial stage of hostilities had been fulfilled and that the Russian forces would now focus on the main remaining objective — the full “liberation” of Donbas (Izvestia, March 26).

This statement was, at best, deliberately misleading; capturing Kyiv was certainly the primary goal of the Russian full-scale invasion at its outset. But the two strongest Russian groupings assigned to the war — advancing from the north (Belarus) and east (leaving behind surrounded Sumy and Chernihiv) — only managed to reach the outskirts of the Ukrainian capital. In the last two weeks, they failed to make any additional progress; and the life of some two million residents of Kyiv has returned to a semblance of normality, occasional continued airstrikes notwithstanding (Rosbalt, March 24). Russian war planners may want to change the course of the war via some decisive breakthrough, but the delivery of supplies is too thin to rebuild the combat capabilities of the aggressor’s exhausted battalion tactical groups (BTG) (Svoboda.org, March 26).

While the strategic dream of a complete subjugation of Ukraine appears to have been abandoned by the Russian General Staff, a more limited offensive, focused on capturing the whole territory of the Donetsk and Luhansk oblasts, can still be advanced, and the conclusion of the brutal siege of defiant Mariupol can be presented as a big “success” (Meduza.io, March 26). Not only is this feasible, it neatly fits with the Kremlin’s formal recognition of the two quasi-republics on February 21, following the televised discussion of this issue at an extraordinary meeting of the Security Council, where the question of starting a war was conspicuously not mentioned at all (Riddle.io, February 22).

Defense Minister Sergei Shoigu may have recently been trying to “sell” this curtailed war plan to President Vladimir Putin — and this could partially explain the inexplicable disappearance of the usually PR-savvy Shoigu from the Russian public space last week (Republic.ru, March 26). Official information about his presence at the virtual meeting of the Security Council last Thursday was accompanied by only one blurred image of multiple screens. The following Saturday, Shoigu reportedly headed a high-level working meeting of the Ministry of Defense, according to an official press release. This announcement seems to suggest Putin concluded that Shoigu’s role in managing the war is still too important to permit pushing all the blame for the spectacular strategic blunders on his woeful defense minister (RIA Novosti, March 26).

If Shoigu has, indeed, succeeded in talking Putin out of his messianic mindset—originally bent on conquering Ukraine and installing a Russia-friendly government in Kyiv—it is perhaps by presenting the appalling data on casualties (Novaya Gazeta, March 23). The General Staff has released the figures of 1,351 fatalities and 3,825 wounded (Kommersant, March 25), which is about twelve times lower than the perhaps only somewhat inflated assessment provided by the Ukrainian Ministry of Defense. Yet information about low-key funeral ceremonies in dozens of Russian towns and villages is slowly trickling in from social media; and no amount of patriotic propaganda can inspire the young conscripts who expect to be drafted this April (Novaya Gazeta, March 25).

Russia has spent so much military manpower and lost hardware (irreplaceable in the current economic conditions) in such quantities that even the limited offensive in Donbas will require a redeployment of forces from other directions, particularly from the southwest, where the attempt to circumvent Mykolaiv and advance to Odesa had also stalled (BBC News — Russian service, March 24). An attempt to pull back this over-stretched grouping into a more defensible position involves the risk of triggering a rout, as the Ukrainian forces continue to target supply lines, particularly the Chornobaivka airport, where yet another Russian high-ranking officer (Lieutenant General Yakov Rezantsev, commander of the 49th Army) was killed last Friday (Grani.ru, March 25).

A possible reduction of the war goals to the Donbas region leaves open the key strategic question about the land corridor to Crimea (see EDM, March 17). Achieving this requires firm control over Kherson, where mass protests persist despite the arrival of reinforcements from the Russian National Guard (Rosgvardia) paramilitary police (Novoe Vremya, March 26). The vulnerability of this corridor was further illuminated on March 24, when a Ukrainian missile destroyed a large Russian amphibious ship, Saratov, and damaged two other vessels in the Azov Sea port of Berdiansk (UNIAN, March 26).

A static war of attrition

The fast attrition of Russia’s best battalions after a month of hard fighting (and three previous months spent in winter camps), combined with the absence of reserve echelons to draw on, dictates the shift in the conduct of Putin’s war. However, it is doubtful whether the Russian leader, who overruled common strategic sense from the conflict’s start, would settle for a victory parade in Donetsk, rather than in Kyiv (The Insider, March 23). His interference has ensured that every revision of the strategic guidelines — from the original “blitzkrieg” to the present static war of attrition — has been variously flawed (Izvestia, March 27). Furthermore, his desire to force regime change in Ukraine has likely been fortified by the strong resonance from Biden’s devastating final (apparently adlibbed) point in his Warsaw speech: “For God’s sake, this man [Putin] can’t remain in power” (RIA Novosti, March 27).

The particular blend of obsession with a historic mission to restore Russia’s greatness, disdain for the decadent West, and fear of a coup by treacherous courtiers could produce any kind of disastrous decision by the self-isolated and probably delusional Putin. Strategic blunders have manifested themselves faster than economic miscalculations. And now it is the Russian top brass that faces an acute dilemma, having no muscle for a decisive offensive but no stomach for a protracted defense.

A very concise and astute assessment of an otherwise incomprehensible circumstance.