The invasion of Ukraine does not seem to follow the Kremlin’s plan. Much the same way as in the Second Chechen War, the Russian forces turned to terrorizing ordinary citizens, hoping that Ukrainians will lay down their arms. The terror takes various forms, from bombing of apartment blocks to execution by death squads.

But will such coercion achieve its intended goal or—in fact—strengthen the willingness of Ukrainians to resist? 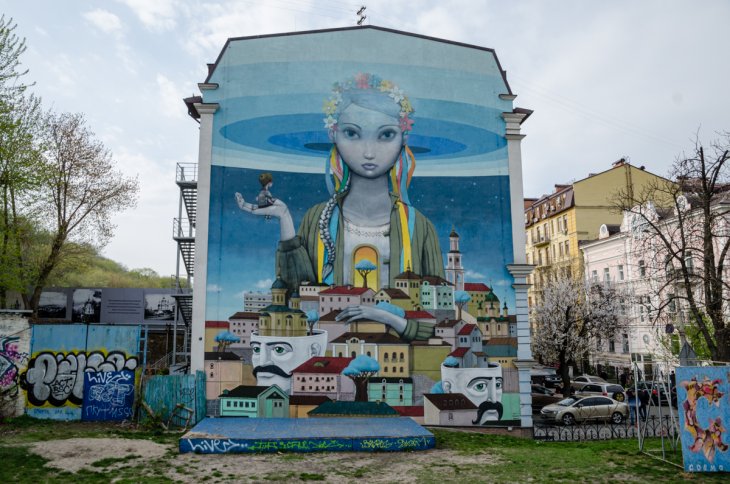 This text is also published in Ukrainian here and in Russian here.

To answer this question, we interviewed more than 1,000 Ukrainians via an online survey during the third week of the war, aiming to generate a representative sample of the urban ​population (details about the survey are provided at the end of this post).

We first asked the interviewees to report how often they, their family or close friends, and people they know were directly attacked by the Russian or pro-Russian forces (using firearms, artillery, or other weapons) between 24 February 2022 and the time of interview. As a snapshot of responses: 20% of the interviewees reported that they were attacked at least once, 36% reported attacks against their family or close friends, and 59% reported attacks against people they know.

Half of our sample identified as women. We found that Ukrainian women and men were almost equally likely to report intentions to engage in non-violent forms of resistance to support the Ukrainian forces: 78% vs. 81% respectively. However, compared to women, men were much more likely to report intentions to join military combat, both in defense positions (27% vs 69%) and open battles (28% vs 72%). Notably, the relationship between attacks and intentions to resist was equally strong among men and women, for all types of resistance (including military combat in defense positions and open battles).

Why does political repression or attacks by foreign forces motivate retaliation? Presumably, repressors and invaders assume that imposing severe costs (e.g., destroying people’s houses) or inducing fear of injury and death deters resistance. This idea also concurs with some extant academic research on repression, which assumes that people’s decisions to dissent primarily depend on cold cost-benefit calculations. No doubt the use of violence generates costs for and fear among ordinary people (see this study for evidence). Yet, bombing people’s property, injuring them, or killing their close ones also results in intense emotions, such anger or contempt. Psychological research shows that these emotions are key motivators of participation in collective actions, including violent ones. The psychological forces, which we often underestimate as observers or bystanders, likely push people to engage in highly costly and risky behavior, even when cost-benefit calculations indicate bleak prospects.

The basic psychological processes that underpin dissent against domestic political repression are likely similar to those that underpin resistance to foreign military invasion (e.g., anger in response to violence). Yet, the two types of resistance are also likely driven by other and distinct motivations. Clearly, Ukrainians fight not only because they were victimized by the invading forces (i.e., what our survey suggests), but also because they hold strong beliefs (e.g., about freedom and independence) and strongly identify with their country and people.

Will Ukrainians who state in a survey that they will fight actually do so? Extensive psychological research shows that what people say they intend to do correlates with what they actually do, although the correlation is not perfect. Admittedly, we know less about intentions to engage in highly risky activities, such as war. Some research suggests that intentions to engage in costly collective actions (e.g., participation in a strike) do correlate with actual behavior, and at least one study reports a correlation between stated and actual sacrifices among frontline combatants. We believe it is most useful to conceptualize measures of intentions (i.e., measures we used in Ukraine) as indicators of people’s motivations. Although motivations do not automatically translate to actual behavior, they indicate the probability of it.

Although our analyses are preliminary, we think they contain two important messages to those involved in and affected by the ongoing war. First, the motivation of the Ukrainian people to fight the invaders is extraordinary. That Ukrainians will fiercely defend their land is not merely a strategic message from the Ukrainian leadership to deter the Russian forces: these are the intentions reported by the ordinary Ukrainians themselves. Second, the fierceness with which Ukrainians will fight will grow proportionally with the terror directed against them. This implies that continuing the aggression is counterproductive to the aggressor and will only result in further deaths of civilians, soldiers, and colossal material costs to both sides. Given our data, we find it very unlikely that such costs will convince Ukrainians to lay down their arms. 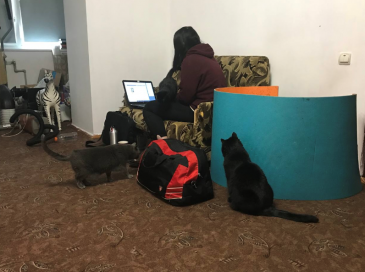 The survey was administered online in Ukrainian and Russian between 9 and 12 March 2022 by a local survey agency Info Sapiens. The survey agency aimed to generate a nationally representative sample of the Ukrainian population between 18 and 55 years old, in settlements with minimum 50,000 residents. A total of 1,081 people were interviewed. The statistics presented above were generated using sampling weights to represent population patterns. The survey was supported by the Alexander-von-Humboldt prize to Prof. Mark van Vugt.

This article should be available in Russian as well. They need to know…