Today Save the Children launches its new report Stop the War on Children: The Forgotten Ones. 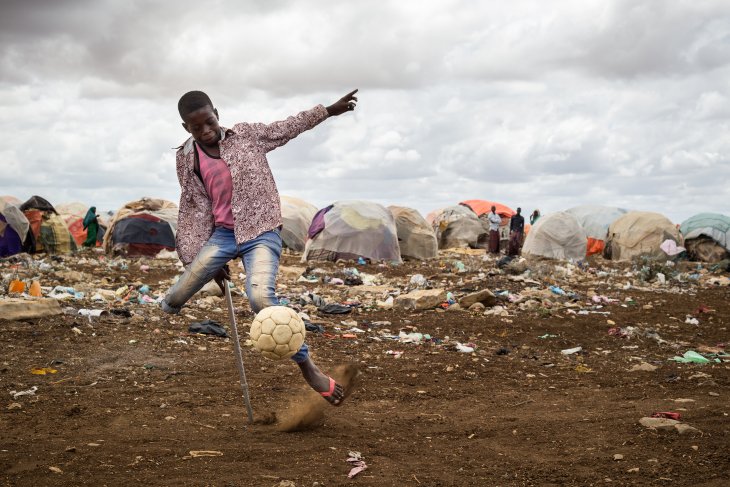 Photo: Mustafa Saeed / Save the Children

The report is based on PRIO’s sixth annual mapping of children in armed conflict covering the period 1990-2021.

How we measure children affected by conflict

Most conflicts take place in limited geographical areas within countries. In order to provide estimates for the number of children living in conflict zones, we need to isolate these areas. The UCDP Georeferenced Events Dataset (UCDP GED) provides detailed information on the location of each separate conflict event or incidence of organized violence in conflicts around the world, including geographical coordinates. We draw a 50km radius around each of these conflict events and estimate the number of children that live in these areas using population data from CIESIN and the UN. In other words, we define children affected by conflict as any child who lives less than 50 km away from one or more such conflict events. The rationale for this is that 50 km is arguably a reasonable distance within which conflict events could be expected to impact children’s daily lives.

What can be done?

Armed conflicts and crises affect people of all ages, but children are particularly susceptible
to the detrimental effects of war. Children are often and severely affected by armed conflicts. The UN has defined six ‘grave violations’ of children in armed conflict. These include killing and maiming, recruitment of child soldiers, sexual violence, abduction, attacks on schools and hospitals, and denial of humanitarian access. In addition to being directly exposed to such violations, children also suffer more indirectly from the consequences of war. Children living in conflict-affected areas are more likely to drop out of school, lack access to clean water, and suffer from mortality risks due to illnesses and malnutrition, or lack of vaccines and medical care. There is an urgent need to protect the more than 449 million children that were living in conflict zones in 2021. Concrete measures that should be taken include the following:

For more information, read Save the Children’s full report, Stop the War on Children 2022: The Forgotten Ones. Available at: https://www.stopwaronchildren.org/

For a policy brief describing our update of the annual mapping of children affected by armed conflict, read our PRIO Conflict Trends Policy Brief 02/2022: ‘Children Affected by Armed Conflict, 1990–2021’. Available at: https://www.prio.org/publications/10868