The G20 summit in Bali, Indonesia, scheduled for November 15–16, certainly presents attractive prospects for Russian President Vladimir Putin, who needs to re-assert his place among the world’s most influential leaders.

However, he has yet to confirm his travel plans and not purely out of concern about affronts from the “hostile” states, which make up half the group. 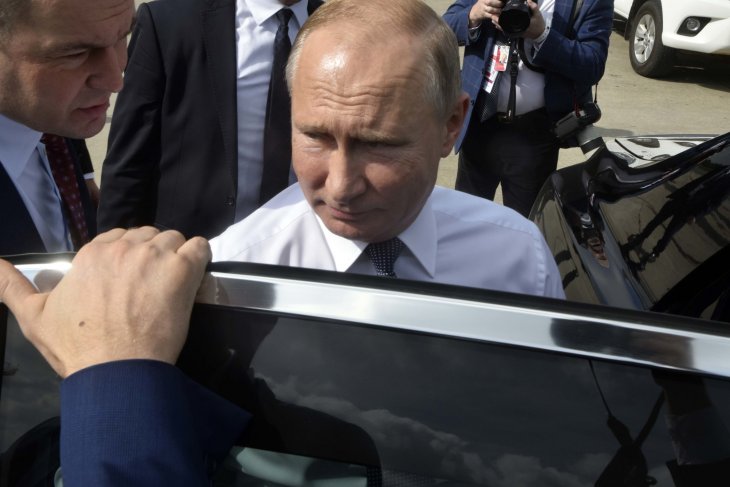 The G7 leaders and the European Union have recently agreed to stricter sanctions on Russian oil exports and on more support for Ukraine, while Ukrainian President Volodymyr Zelenskyy announced that he would not partake in the Bali proceedings if Putin did indeed attend (Izvestiya, November 3).

The Kremlin is also uncertain about the attitude from the other half of the group, since only three states (China, India and South Africa) abstained in the recent vote at the United Nations General Assembly, while other group members from the Global South, including Indonesia, supported the resolution condemning Russia’s annexation of the four occupied Ukrainian regions (Kommersant, November 3).

That resolution, approved by 143 states, marked the start of a new sequence of foreign policy setbacks, which Moscow has tried to cover up with ambitious rhetoric, exemplified by the recent gathering at the Valdai Club (Rossiiskaya gazeta, November 1).

Another example was the exposure of the false “dirty bomb” story, through which Russia had tried to damage Ukraine’s reputation by raising alarm without a shred of evidence (Forbes.ru, October 27).

Putin even tried to add more spin to this fake news in his Valdai presentation, but the inspectors from the International Atomic Energy Agency confirmed that they could account for all fissile material at Ukrainian nuclear power stations and research facilities (Meduza, November 3). As such, the G7 found it appropriate to warn Russia against irresponsible nuclear rhetoric and about the heavy consequences of any nuclear escalation (RBC, November 4).

Russia suffered yet another setback when it attempted to cancel the “grain deal” negotiated in mid-July 2022 for securing the export of wheat and corn from Ukraine under Turkish and UN guarantees (Novayagazeta.eu, November 4). Putin, on several occasions, has criticized the execution of this deal (assuming that it is too beneficial for Ukraine) and tried using the Ukrainian drone attack on the Russian naval base in Sevastopol on October 29 as a pretext for withdrawing from it (Nezavisimaya gazeta, November 2).

Notwithstanding that demarche, the grain ships continued to travel to and from Ukrainian ports, while Turkish President Recep Tayyip Erdogan called Putin and explained that Russian objections were irrelevant and that any attempt to interfere with the convoys would amount to breaching the UN’s protection (The Bell, November 2). Putin had to reconsider, and his attempt to camouflage the backpedaling with a commitment to provide grain to the poorest African countries for free was not all that convincing (Kommersant, November 2).

Yet another failure has been Moscow’s attempts to bolster its role in the South Caucasus by hoping to compel Armenia and Azerbaijan to agree on a settlement in Karabakh (Nezavisimaya gazeta, October 31). Putin called Azerbaijani President Ilham Aliyev and Armenian Prime Minister Nikol Pashinyan to a summit in Sochi, but his sticks and carrots were equally ineffectual for ensuring even a pretense of an agreement (Vestikavkaza.ru, November 4).

The Kremlin’s issue is not only that Turkey and the United States could offer a better deal to the two belligerents but also that its claims for leadership in the post-Soviet space are increasingly challenged (Riddle.io, October 19). Kazakhstan, which in January 2022 was shaken by a violent revolt, has step-by-step quietly regained its capacity for curtailing Moscow’s untoward advances and proceeding with political and economic reforms unthinkable in Putin’s Russia (Republic.ru, November 3).

One less visible setback occurred in the Middle East, where Russia’s profile has been damaged by the expansion of its military cooperation with Iran, something which both Moscow and Tehran have denied despite the plentiful evidence of intercepted drones (Meduza, October 31). For Saudi Arabia, which was on the receiving end of several Iranian drone attacks, the prospect of Russian military technology supplied to Iran in exchange for hundreds of crude and cheap Shahed-136 drones, is profoundly disturbing (Nezavisimaya gazeta, Svobodnaya pressa, November 2). Russian Foreign Minister Sergei Lavrov traveled to the United Arab Emirates and Jordan last week, but his recycling of official denials did not provide much reassurance, and the new Israeli government is sure to examine Russia’s Iranian connections with extreme prejudice (Izvestiya, November 4).

An even less visible but heavily impactful discord is deepening in Russia’s relations with China, as Xi Jinping shows little sympathy for the plight of his “dear friend” Vladimir Putin, who has dug himself deeper into troubles in the course of this unwinnable war (The Moscow Times, November 4). German Chancellor Olav Scholz performed a difficult diplomatic mission to Beijing last week, and one point of agreement he found with Xi Jinping was the warning that nuclear escalation in the war against Ukraine is unacceptable (RIA-Novosti, November 6). Putin assumes that the central event at the Bali gathering will be the meeting between Xi and US President Joe Biden, and he knows that the latter would have no time for him and suspects that the former would grant him only a pro forma audience (Kommersant, October 31). The confrontation between the US and China is fundamental, but tensions could be carefully managed, and every bilateral or multilateral step down the ladder of escalation signifies a setback for Russia, which is stuck with the unenviable position of prime troublemaker (Svoboda, October 22).

Russia has made itself into the central pariah driving energy price volatility and low food supply.

Putin’s declarations against the Western world order and US hegemony in controlling globalization may find many attentive audiences, but his portrayal of the Ukraine war as the decisive assault aimed at destroying this unjust order goes a step too far for every responsible international stakeholder, including China. The G20 format is designed for balancing multiple interests in addressing the multitude of global problems from inequality to inflation, but Russia has made itself into the central pariah driving energy price volatility and low food supply. The setbacks in the Kremlin’s foreign policy come as natural results of this “down-with-rules” course, thus the sequence is set to continue. Putin may yet decide to go to Bali, but he will hardly find much joy there.