Is Afghanistan finally at a turning point – after so many disappointments and wasted opportunities? 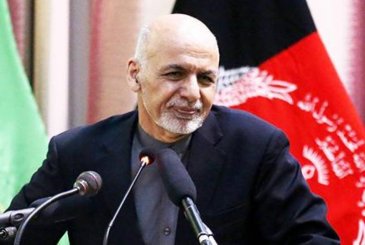 At the Kabul Process II conference on 28 February, President Ashraf Ghani proposed to launch peace talks with the Taliban without preconditions, offering to recognize the Taliban as a legitimate political group, and presenting a number of significant proposals to be included in a peace process.

The new peace plan was more comprehensive than anything previously presented and did not contain any of the aggressive language so often heard in the past. It did not offend the Taliban by calling on Pakistan to “deliver” the enemy to the negotiating table, but appealed to the Taliban directly.

Furthermore, the peace plan was not presented as an ultimatum. On the contrary, the document states that “the Taliban are expected to give input to the peace-making process, the goal of which is to draw the Taliban, as an organisation, to peace talks.” In short: this was something very new!

So far there has not been any Taliban response to the plan presented in Kabul. If the Taliban needs more time before responding, then I consider that to be a positive sign. The Government and its partners have probably spent weeks – perhaps months – developing the plan. To demand a quick and simple “yes” or “no” from the other side would not only be unreasonable, it would contradict the tone and substance of the Kabul plan – and undermine its credibility.

In spite of its many positive elements, the plan is problematic to the Taliban. Until now, two Taliban positions have remained constant. First of all, the Taliban has insisted on discussing with the US before conducting talks with Afghans. Secondly, it has rejected “direct talks” with the Afghan Government, which it considers to lack legitimacy.

The rationale for talking to the US is clear: the Taliban considers the US/NATO presence to be a foreign occupation. Its main objective has always been to bring it to an end. Any discussion of questions of lesser importance is meaningless if there is no US readiness to discuss this fundamental demand.

In my opinion, there is a certain logic in the Taliban’s insistence on talking to the US. The military strategy has primarily been formulated in Washington. The US military presence in Afghanistan has been overwhelming – at one stage reaching 100,000 troops. Even the current Afghan government was established as a result of US intervention.

In light of its dominant role in determining military strategy, the US should also accept a more prominent role in shaping the peace. US envoys have – in the past – met sporadically with Taliban representatives in Doha and in Europe. A future US withdrawal plan cannot be determined by US-Taliban discussions. However, the Taliban would need to understand that – under the right circumstances – there will be an end to what they see as a foreign occupation.

A peace process will have to be “Afghan led and Afghan owned”. However, it is my conviction – based on recent discussions – that early US-Taliban discussions could open up for meaningful intra-Afghan negotiations – including between the Taliban and the Government. If my impression is correct, then a more prominent US role would be a small price to pay.

I have been able to discuss with Taliban representatives – sporadically – over a period of nine years. I do not believe that the Taliban has any ambition to turn back to the dark years of the 1990s. Nor do I believe that the Taliban wants to isolate Afghanistan from the international community. The Taliban understands that the country needs a foreign presence and assistance to develop and prosper.

The document presented at the Kabul conference states that “we must have the courage to listen to grievances, analyse the root causes and drivers of conflict, and hear a diversity of proposals for reconciliation”. This is a critically important part of the proposal. Hopefully, the constructive approach it reflects will also guide future talks.

At this juncture, there is a need for confidential exchanges more than public statements: an exploratory stage that could determine if there is a sufficient basis for negotiations. Such confidentiality is required to ensure that each party to the conflict is given the opportunity to present its own narrative to its own audience.

Furthermore, there will be a need for the involvement of a third party: to convey messages at an early stage; to help shape the format and the sequences of discussions; and to find solutions to disputes that will inevitably endanger the entire process.

Afghanistan may be at a turning point. However, to move into a peace process will require great caution, patience and flexibility.

Afghanistan may be at a turning point. However, to move into a peace process will require great caution, patience and flexibility.

The only thing he wants is superior power for the Pashtun people. And this is the continuation of the war. Discrimination and injustice would never be peaceful