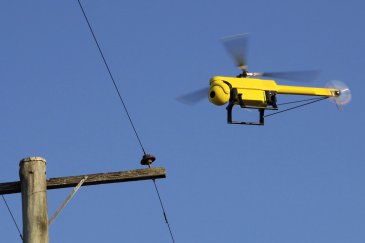 On 4 August 2018, Venezuelan President Nicolás Maduro’s speech at a military parade in Caracas was interrupted by the sound of two explosions. Maduro’s camp immediately claimed that the explosions resulted from a failed assassination attempt by drones carrying explosives. Although the nature of the incident remains disputed, and is being described as “an apparent” assassination attempt, this event sheds light on new types of security challenges that result from the growing presence of drones in Latin American airspace.

The incident can either be interpreted as evidence that a political assassination with weaponized miniature drones is possible, or that political actors (whoever they may be) consider such a scenario to be “believable”. In the latter case, these political actors thus end up conferring credibility to the idea, which in turn kindles certain political and popular responses and imaginations.

While this attack was mitigated (the drones were said to have been shot down or exploded prematurely), such attacks are difficult to prevent through technological or military means, despite the claims of a plethora of new drone-shield start-ups. Importantly, the rise of miniature drones as threats to public order and safety is also a consequence of the absence of adequate regulation of “public” airspace (i.e. the lower civil airspace) and of the norms of appropriate drone use in this airspace, as well as inadequate supervision and enforcement mechanisms.

In a recent article published in the Latin America Law Review, we consider the regulatory landscape of airspaces across Latin America in the context of the proliferation of drones We suggest that regulatory measures of drone usage across Latin American airspace are no longer reflective of current realities, which are being shaped by a variety of actors vested with a range of different political powers. While many of the drivers of Latin American drone proliferation and the often utopian promises made on behalf of drones are similar to those seen globally, others are specific to the region.

Latin America presents a set of geographic, urban and social characteristics that are portrayed as being particularly relevant for the added operational value provided by “good drones” – and attendant claims regarding the suitability of drone interventions. Commentators have highlighted that the sheer geographic scale of the region and the highly diversified typology and topography of the terrain make many areas hard to reach; the existence of areas of dense forestation with great variation of altitude and climate, coupled with poor or non-existent road infrastructure, makes drones a promising tool.

The drone’s endurance, expanded sensorial capabilities, and versatility appear to offer innovative solutions to problems related to rescue, monitoring, and topographical screening. In areas such as agriculture, wildlife monitoring, humanitarian aid and civil infrastructure protection, unmanned aerial vehicles (UAVs) are being called on to perform new tasks and offer better services. Failing state capacity or uneven territorial control mean that many marginalized communities remain underserved, and that biodiversity is threatened by illegal poaching, deforestation and pollution.

Drones are tasked with supporting state capacity by providing better situational awareness and more access in a more cost-effective and efficient manner. Additionally, the general scale of urbanization across Latin America, along with the existence of megacities and vast urban areas, creates specific governance problems that drones are portrayed as capable of alleviating – not only with respect to public order, urban violence, security and policing, but also in relation to infrastructure maintenance, service delivery and crisis management operations.

drones are imagined as problem-solvers; but, as indicated by the event in Caracas, they can also be problem-producers

In such scenarios, drones are imagined as problem-solvers; but, as indicated by the event in Caracas, they can also be problem-producers. As we note in the article, while drones are rapidly populating the airspace of Latin American countries, the regulation of their usage is sparse, differs from country to country, and in general does not provide an updated response to a changing reality. This is problematic for many reasons. The unregulated use of drones will engender problems ranging from voyeurism and stalking to gravely endangering aviation security, as exemplified by the accident that occurred in November 2017, when Boeing airplane 737 800 from Aerolineas Argentinas clashed with a drone when preparing to land at Jorge Newbery airport in Buenos Aires.

However, under-regulation of drones is also political. In the article, we argue that many of the narratives surrounding the concept of ‘good drones’ and the general promise of these vehicles are directly related to attempts to regulate and de-regulate civil airspace to allow for commercial and government drone operation. In other words, drones are presented as ‘good’ and ‘useful’, and therefore require a reform of a pre-defined, pre-regulated airspace. We suggest that these discourses on the promise of drones are therefore ordering practices that are materially productive, giving meaning to the “how,” “whom,” and “what” of regulation of Latin American airspace in ways that may eschew democratic accountability and engender a financialization and privatization of airspace from being a public resource to becoming a privately-owned commodity. Importantly, ‘technical’ regulatory measures for deregulating or slicing up airspace have explicitly political dimensions.

Debates around the regulation of the Latin American airspace need to recognise the co-constitutive relationship between the good drones and the problems they are meant to solve. Societal and political problems are being portrayed by industry actors and the media as amenable to ‘drone solutions’ – i.e., how drones are given ‘jobs’ that only drones can do and, in parallel, how drones become the solution independent of any problem. At the same time, as illustrated by the fact that it is user-data and not free social media platforms that constitute commercial value, perhaps the product is not the drone but the value gained by the monopolization and commercialization of Latin American airspace.

What the Maduro incident points to is a realistic scenario in which drones can indeed be problem-producers. An attack using explosive devices attached to a commercially-off-the-shelf drone is relatively easy to plan and very hard to prevent. The Maduro-incident also opens up for a discussion on what citizens across Latin America can expect – and be expected to feel – when they see a drone in the sky over a densely populated urban area. Hence, no matter what the “real” story is, the awareness raised by the event in Caracas may help bring more urgency to the task of regulating the Latin American drone airspace.

Bruno Oliveira Martins is Senior Researcher at PRIO and at Malmö University and Kristin Bergtora Sandvik is Research Professor at the University of Oslo and PRIO.