Since the eruption of the Sudanese popular uprising on 19th December 2018, the protesters have made history.

Not only have they unseated one of the longest serving dictators on the continent, Omer El Bashir, their determination and persistence have stunned the world and inspired uprising in other African countries. 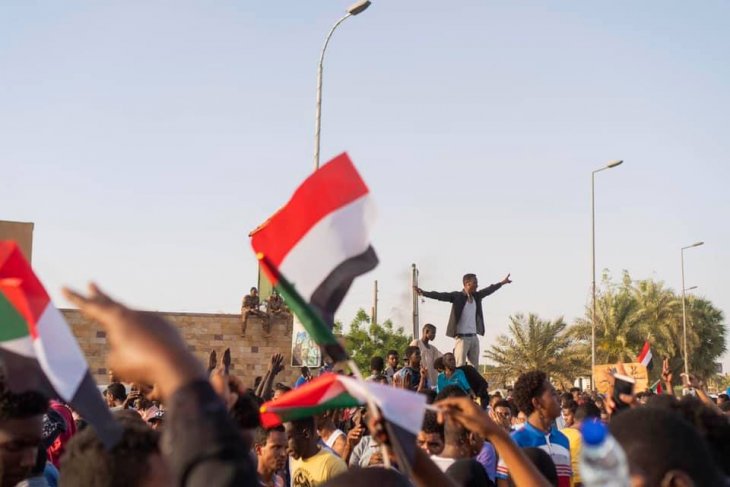 This uprising is changing the Sudanese political marketplace every day, and is providing much-needed optimism for the new dawn in Sudan after 30 years of misrule through political Islam. The African Union and the international community are in support of the call by the protesters for the Transitional Military Council (TMC) to transfer power peacefully to the civilian transitional government.

Despite this optimism, the uprising in Sudan reached boiling point on the 3rd of June. In a violent crackdown on protesters and sit-inners, which was led – directly or indirectly – by the TMC, more than 100 people were brutally killed, more were injured, and many have been arrested. Some described this incident as the massacre of the Sudanese National Army Headquarters. The African Union, the United Nations and the international community have condemned this violent attack on peaceful demonstrators and called for a thorough investigation. Amnesty International has called on the international community to impose sanctions on members of the TMC responsible for the deadly attack on innocent and sleeping protestors.

What is very disheartening is the timing of this violent attack against the peaceful protesters who have inspired the world with their civility and persistence, qualities that have undoubtedly contributed to cleansing the ugly image of Sudan created by three decades of misrule under the agenda of political Islam.

The attack came at a time of optimism, when the TMC and protesters were about to conclude an agreement on the composition and leadership of the transitional ceremonial sovereign council.

Furthermore, the timing of the attack was unreligious as it coincided with the last days of the holy month of Ramadan, when the Sudanese and protesters wanted to enjoy and celebrate the festival of breaking the fast: Eid al-Fitr. This deadly attack on protesters raises many questions about the motives of the TMC, the future of the uprisings, and prospects for unlocking the impasse.

After the brutal massacre on the 3rd of June, the TMC and the Sudanese opposition have almost reached the point of refusing to meet with each other again. The TMC cancelled the previous agreements on transitional arrangements and called for general elections in nine months. The opposition on the other hand suspended talks with the TMC and called for general strike and mass disobedience with the intention of forming its civilian transitional government without the TMC.

… Sudanese protesters may have a chance to break this cycle of … subduing the uprising, but this will require sophisticated and innovative forms of resistance…

The extreme positions of the TMC and the Sudanese opposition led some observers to paint a pessimistic picture of the Sudanese uprising’s future, evoking the 2011 Tahrir Square revolution in Egypt and the 1989 Tiananmen Square protests in China. Although these three uprisings are far from the same, they do have one thing in common: the ability of military-led governments and autocratic states to crack down on any protest or uprising that challenges their legitimacy and power. Yes, the Sudanese protesters may have a chance to break this cycle of state or military subduing the uprising, but this will require sophisticated and innovative forms of resistance, as the regime may curtail access to internet and social media as the main strength and power calculus of the protesters.

Many observers and even protesters agree that the TMC’s decision to unseat the former president Bashir was in response to persistent pressure by the protesters, rather than constituting a coup d’état.

In the aftermath of the massacre, this perception has started to change, and many observers and Sudanese opposition are increasingly convinced that the actions of the TMC to oust Bashir were more a coup d’état than a response to the Sudanese uprising. This change of heart and the hijack of civilian revolution by the TMC may be attributed to power struggle from within as well as the political aspirations of some members of the TMC.

In light of the increasing division within the Sudanese opposition and the prolonged and unfinished negotiations, the TMC started to build its political support base away from the opposition.

… the deputy chair of the TMC started rallying his political Islamic base as an alternative to the opposition.

Meetings between the TMC and clerics, Muslim Sufi, and traditional leaders and chiefs, along with recent pro-political Islam demonstrations orchestrated by the former regime gave the TMC the appetite to do without the opposition. This change of heart towards the Sudanese opposition is attributed to both the dynamics of power struggle within the TMC and external factors. The chair of the TMC is not Islamist but he relies on his deputy, who is Islamist and part of the former regime, to soothe and contain Islamists and former regime members. Due to the fact that the TMC and the opposition were unable to agree on the formation of a transitional sovereign council, along with the existence of divisions within the Sudanese opposition, the deputy chair of the TMC started rallying his political Islamic base as an alternative to the opposition.

During his speech to traditional leaders, the deputy chair of the TMC, Dagalo (Hemeti), was clear in his intention to crack down on the uprising and sit-in demonstrations. Although there are conflicting views of whether the TMC directed the attack of the sit-inners and protesters, most sources seem to confirm that the rapid deployment forces under the command of the deputy of the chairperson of the TMC were responsible. Unfortunately, the chairperson of the TMC seems to succumb to the political agenda of his deputy, who is unfortunately part and parcel of the former regime and the agenda of political Islam.

Besides these internal dynamics and power struggles, the TMC engaged in diplomatic shuttling to support its agenda of maintaining leadership during the transitional period rather than transferring power to a civilian transitional government. The visit of the chairperson of the TMC to Egypt, the United Arab Emirates, and South Sudan and that of his deputy to Saudi Arabia, as well as his attendance and address to the meeting of the Organization of Islamic Cooperation in Mecca in Saudi Arabia, provided the necessary support for the TMC not only to crack down on the protesters but also to maintain power as an effective way of weakening political Islam and Shiite influence in Sudan.

This diplomatic shuttling resulted in a commitment of Saudi Arabia and the United Arab Emirates to the immediate transfer of USD 250 million to the Bank of Sudan out of USD 3 billion for stabilization of Sudan’s economy during the transition period. Some analysts argued that the Arab autocrats are deliberately intending to foil the much-needed transformation in Sudan. In other words, the TMC received not only political and diplomatic support from its most important neighboring countries, Egypt and South Sudan, but also financial guarantees from Saudi Arabia and the United Arab Emirates.

These internal and external factors have undoubtedly exacerbated the crisis in Sudan and contributed to the impasse to its resolution, as neither side would compromise. If such an impasse persists, some observers predict that the crisis in Sudan may deteriorate into a chaos similar to that of Syria and Libya or a post-uprising political environment similar to Egypt. The Sudanese are different from Syrians, Libyans and Egyptians in that they have memories of the uprisings in 1964 and 1985 and are determined to have a civilian transitional government and to supplant the Sudan of Bashir and his political Islam with a new Sudan that reflects the aspirations of the people of Sudan. Yet, the protesters may need to come to recognize that they will not have transitional arrangements without the TMC.

The real challenge for the opposition is how to influence the power dynamics and struggle within the TMC to support their long-term agenda of transforming Sudan into a democratic country and away from the thirty years of misrule by political Islam.

The decision by the African Union (AU) to suspend the membership of Sudan and to support the opposition’s demand for civilian rule has counterbalanced the diplomatic support enjoyed by the TMC from the Gulf countries and Egypt. This decision was followed by the mediation efforts by the Ethiopian Prime Minister and Chairperson of Intergovernmental Authority on Development (IGAD), Abiy Ahmed, which resulted in the resumption of negotiation between the opposition and TMC.

… some observers … conclude that the TMC is not serious about negotiating with civilians.

Given the political weight of Ethiopia and its neutral role in the Sudanese crisis, some observers think the Ethiopian mediation stands the best chance to unlock the impasse and halt the violence. However, such regional mediation efforts did not come to fruition, as the TMC arrested some members of the opposition immediately after the visit of the Ethiopian Prime Minister. Such arrests caused some observers to conclude that the TMC is not serious about negotiating with civilians. This lack of trust between the TMC and the Sudanese opposition led the US Assistant Secretary of State for African Affairs, Tibor Naji, to call for external mediation led by the African Union (AU) and the Organization of the Islamic Conference (OIC) to resolve the crisis in Sudan.

The real question is whether this external mediation will unlock the impasse in the Sudanese crisis.

There is no doubt that the hybrid mediation by the AU and OIC will provide a trusted platform, but it may lack the nuance of the Sudanese context. For this external mediation to be effective it has to be anchored to the national mediation initiative.

The initiative by eminent Sudanese personalities, including the well-known and highly respected journalist, Mahjoub Mohamed Saleh, to find a homegrown Sudanese solution to bridge the gap between the TMC and the opposition needs to be embraced by the external mediators. Their proposal that the military has the leadership of the transitional sovereign council during the first one and a half years of the transitional period, and that civilians assume the leadership in the remaining period is the best and most realistic way to unlock the impasse.

Given the existential synergy and interdependence between the TMC and the opposition, the leadership of both parties have a moral duty to come together for a genuine dialogue under the auspices of Sudanese and external mediators, and to honor the selfless sacrifices of the Sudanese people and protesters with a better, more stable and prosperous new Sudan.