Is there really an inherent conflict between pursuing national interests and acting in globally responsible ways on migration?

We call for a debate that moves beyond an artificial dichotomy between the “headless heart” and the “heartless head”. A good start would be to acknowledge the salience and value of binding international agreements, regarding refugees and other migrants. 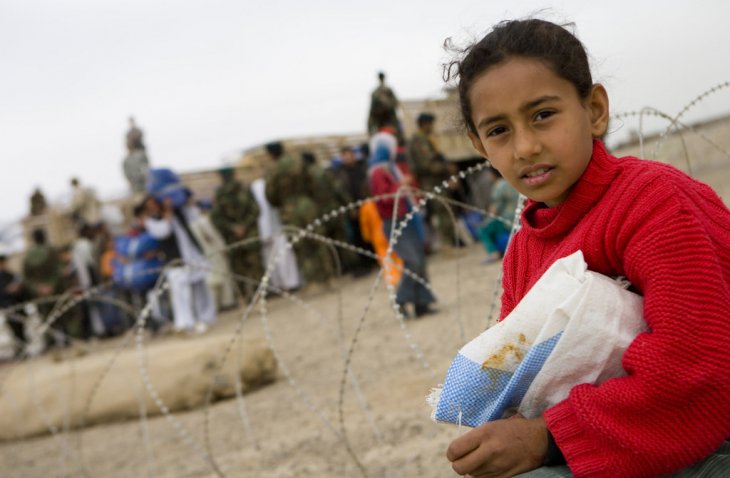 Since 2015, debates about migration in Europe have increasingly been dominated by voices urging to avoid that our hearts rule our heads on migration policy. Often, these calls have explicitly referenced the ongoing humanitarian crisis at Europe’s borders, where people continue to drown at sea. In the Scandinavian context, a concern for the future of welfare states is often connected to an alleged need for stricter policy on immigration. However, the dichotomy between a “headless heart” and a “heartless head” , as advocated by Paul Collier, among others, contributes neither to informed debate, nor to realistic policy. On the occasion of the World Refugee Day, we argue for the need to go beyond such simple dichotomies and instead consider both national interests and states international responsibilities in migration policy.

National policies on international issues are always governed by national interests. Simultaneously, populations and governments have everything to gain from international cooperation. Such cooperation is fundamental to international trade, to exchanges of knowledge, and to peaceful co-existence. This is not about a “headless heart”, but about acknowledging that the world is one, and that we are best served by cooperating to solve shared challenges. Climate challenges cannot be solved by single countries acting alone. The same applies to international migration.

In the Norwegian context, some commentators have argued that there is a need to ‘look to Denmark’, where the Social Democrats won back voters from the populist right by applying tough rhetoric, calling for a “strict immigration policy” (although the government platform of the new minority government announced on June 25, promised a more responsible policy, as Social Democrats yielded to demands of the parties supporting it in parliament).

The comparison gives way when it encounters Norwegian reality. Most immigration to Norway in recent decades has been from other countries in Europe, and responsibility for this is incorporated in the EEA Agreement (which binds Iceland, Liechtenstein and Norway to the EU’s internal market). Otherwise, Norwegian immigration policy is already firm and limits immigration, which has been the case for a long time.

The sustainability of the welfare state

Some challenges must be addressed in order to secure a sustainable welfare state, such as the Norwegian. Examples of major policy challenges include:

refugees do qualify themselves for Norwegian working life, even though the road may be long for many

The requirement for all to work and contribute to society applies to the entire population, including immigrants. But the challenges facing immigrants are not always the same as those facing other sections of the population. Many refugees are highly educated and resourceful, while others have fragmented educational backgrounds. Yet, we see that political measures can be effective: refugees do qualify themselves for Norwegian working life, even though the road may be long for many.

Fortunately, the political will to facilitate labour market integration is strong. Meanwhile, the basic and major challenges to welfare state sustainability, reach far beyond the immigrant sections of the population.

For many years, Norwegian authorities – under both left- and right-leaning governments – have practised a tough return policy. The UN Refugee Agency (UNHCR) has criticized Norway repeatedly for returning asylum seekers to war-torn areas lacking any form of official protection. The recent attempt to deport the Abbasi family – consisting of a sick single mother with three kids, all well integrated in Norway – was effectively blocked by Afghanistan’s authorities, and is not unique.

When the media highlights cases of forced return, various factors come into play, and these often involve families with children born in Norway. There is cross-party consensus on the forced return of people with no legal right to remain in Norway. At the same time, these cases illustrate the complex nature of the whole issue of migration – they reveal how policies always have dramatic implications in the lives of individuals. Such cases highlight the importance of focusing on the situation in the country of settlement, in this case Norway, and simultaneously on the countries of return.

Migrants and the Mediterranean

Refugees are also migrants. These migrants have the right to special protections as enshrined in the UN Refugee Convention. Many of the migrants who are drowning in the Mediterranean on their way to Europe would have qualified for refugee status in Europe. Our point here is not that everyone who wants to live in Europe has a right to do so, but that under international law everyone has a right to be rescued from drowning at sea. Today the Mediterranean functions as a border – for Norway as well as for the rest of Europe – and it is being guarded in a way that means lives are being lost. What is problematic here is that this happens with high level of cross-party support, in Norway, as in many other European countries.

the false dichotomy between a “headless heart” and a “heartless head”

In December last year, 152 countries, including Norway, adopted the “Global Compact for Safe, Orderly and Regular Migration”. This non-binding international agreement is based on the idea that international migration by its nature affects individuals across national borders. Accordingly, it involves several countries. This means that countries both can and should work together to attempt to regulate migration in the best interests of all affected parties. In addition, there is the “Global Compact on Refugees” reflecting similar principles of the need for international cooperation. Unfortunately, in many countries, and Norway is no exception, discussion about the Global Compact and international responsibility has been informed by the false dichotomy between a “headless heart” and a “heartless head”.

On 20 June, we commemorated World Refugee Day in order to reflect on the fates of the world’s refugees, of the many people who have had to flee their homes and possessions, and who may have to live with uncertainty for decades, even for generations. And to reflect on the local communities and countries that year after year offer protection to refugees from conflicts in neighbouring countries. This gives us extra reason to protect attempts to promote international cooperation, both for the protection of refugees and the regulation of migration in general. We will be more successful if we put false dichotomies behind us. Migration policy, whether in the case of Norway or any other nation-state, needs to be ruled by both heads and hearts – in order to live up to both national interests and international responsibilities.

“Headless heart” “Heartless head” The Question that comes to me, is it possible to have a middle point? What is required to reach this point? whose responsibility is it? Why are people loosing faith in their own land and hoping for better prospect in other lands is a question that I hope will be fully addressed by the Sustainable Development Goals if implemented holistically.