On October 23, 2019, 39 bodies were found inside a refrigerator lorry on an industrial estate in Essex. The vehicle was registered in Varna, Bulgaria, had entered the UK four days before and was driven by a man from Northern-Ireland. The victims – 38 adults and a teenager – were identified as Vietnamese. This incident is just the latest example of vehicle-induced migrant mass fatalities. 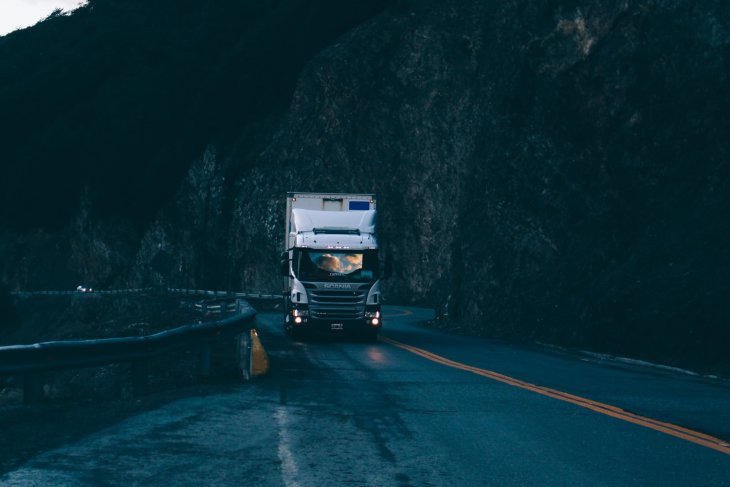 Are these deaths accidental, or a result of lethal intentionality and if so, who is to blame? To reflect on the violence and structured immobility practices that lead to these deaths, I take the colloquial term ‘killer trucks’ as my point of departure. I juxtapose the concept’s ordinary use –the deployment of trucks for vehicular ramming attacks – with the regular occurrence of large numbers of individuals being found dead inside trailers, trucks, lorries and vans. I contrast the concept of ‘vehicular terror’ with ‘vehicular crypts’, whereby the cargo areas of lorries and trucks become vaults facilitating stacked burials. I link the notion of a widespread weaponization– the process through which an object that wasn’t a weapon becomes one – of trucks to questions of how we estimate and explain harm and danger. In this post I argue that we must link weaponization, and the type of lethal intentionality embedded in the weaponization process, to broader legal and political structures.

The Essex case is not exceptional, but part of a global pattern whereby trucks have become deadly crypts for migrants’ bodies. Examples abound.

In recent years, commercial transport vehicles have become securitized and reconceived as existential threats through their use in urban terror attacks. Their presence is perceived with suspicion and fear, as urban landscapes are remodeled through bollards and security fencing. In accounts of vehicle ramming attacks in Berlin, London, Nice, Stockholm and New York, the exterior of vehicles—cars, vans, trucks, motorbikes—are construed as having innate qualities of mass and speed that make them inherently dangerous and their presence potentially dangerous. While the use of trucks as conduits for explosives and driving into crowds with lethal intent are not new tactics, the lethality of recent attacks has engendered a narrative focused on the ‘the terrifying simplicity’ of these attacks: we ‘now live in an era of the weaponized truck’ whereby ‘Western audiences are witnessing a transformation of the objects of everyday life into tools of unpredictable violence’.

I suggest that this narrative of unpredictable danger is ‘good to think with’ when it comes to critically reflecting on vehicle-induced deaths and the ethics of the classification of the dead. When looking at how trucks—by design intended to serve logistical purposes—become lethal objects, or ‘killer trucks’—attention to context is crucial. When accounting for the rise of the ‘killer truck’ as a weapon of terror and destruction, we must do so with a careful view to positionality, materiality and political context. We must ask: what is a weapon? What is weaponization of everyday objects such as trucks; and who is harmed through this weaponization?

Here it’s not a presence of lethal factors such as mass and speed but a lack –of human consideration and air but also of legality and mobility rights – that produce lethality.

My proposition is that these questions enable the deaths of a different set of victims to come into view: During terror attacks, it is the exterior capabilities of trucks and lorries that produce deadly impact. The weaponization of trucks can also be considered through the lens of interior materiality. Here it’s not a presence of lethal factors such as mass and speed but a lack –of human consideration and air but also of legality and mobility rights – that produce lethality. It also makes visible how it is not only instances of individual criminality but also legal regimes governing mobility which produce harm and danger.

The Essex case is not exceptional, but part of a global pattern whereby trucks have become deadly crypts for migrants’ bodies. Examples abound: In 2003, 17 ‘illegal migrants’ from Mexico, Central America and the Dominican Republic died through dehydration, hyperthermia and suffocation inside an airtight container of an eighteen wheeler. In 2008, 54 Burmese migrants suffocated inside a truck in Thailand. The surviving migrants were charged with illegal entry. In 2015, in an event known as ‘the Parndorf tragedy’, 71 people were found suffocated at the back of a Slovenian meat lorry outside the village of Parndorf in Austria. The lorry was used by a  Budapest-based trafficking ring which smuggled thousands of people from Hungary into Austria and Germany in 2015.

We must pay attention to how the ‘killer’ capabilities of material objects are configured through the regulatory sorting regimes aimed at people and mobilities. Crypts are ‘an extreme class of the artifacts that form the material culture of clandestine migration’, they are containers forming units with migrant bodies, representing ‘frequently nothing more than a transitional space within a load of cargo.’  Structural factors such as ever stricter and more punitive migration regimes and aggressive counter-terrorism measures force people into cattle trucks, meat trucks, refrigerator trucks, moving vans – and produce the dangers these individuals face inside these crypts.

An important source of danger is time: speed and risk are inherently interlinked and there are different levels of risk involved in distinct modes of transport. The fastest modes of transport – airplanes – tend to be the safest, while the slowest are generally the most dangerous. Trucks and lorries – relatively slow modes of transport –are part of what Ruben Andersson (2014) calls the ‘illegality industry’. The slowness entails migrants being helplessly stuck inside trucks following unpredictable itineraries and being parked or abandoned at remote locations along the routes.

In the Parndorf case, the driver had by accident sealed the doors, so no air could come in. Police telephone intercepts –recorded but not analyzed in time – showed that the Afghan ringleader had later ordered the driver not to open the doors while the migrants could be heard screaming in the back.  The charges in the Parndorf case included charges of human trafficking, torture and ‘homicide with particular cruelty’. According to prosecutors, refugees were ‘often carried in closed, dark and airless van unsuitable for passenger transport, in crowded, inhuman, excruciating conditions’. In June 2018, four human smugglers from Afghanistan and Bulgaria were jailed for 25 years in the Kescemet city court in Hungary.

While Parndorf, and other smuggling cases resulting in mass deaths, relate to intentional killings carried out by organized crime, the lethal intentionality in these cases is not only that of not opening doors, checking that there is enough ventilation and maintaining a temperature adequate for human survival. When we think about killer trucks, the processes through which they are weaponized and notions of unprecedented danger, we must also consider that lethal intentionality is also what creates migrant crypts in the first place, and that it emerges at the interface of legal regimes governing offenses related to smuggling, trafficking, crime, terror – and mobility.

This post originally appeared on the University of Oxford Faculty of Law Border Criminologies blog. You can find it here.