During January 18-21, the Norwegian terrorist Anders Behring Breivik will have his request for parole adjudicated by the Telemark District Court over a four-day trial.

In 2012, he was sentenced to preventive detention for a term of twenty-one years and a minimum period of ten years for the July 22, 2011 terror attacks. He was convicted for the murder of 77 individuals – most of them youth and children – and for the bombing of the Government quarter. He has now served the minimum 10-year sentence.

The case itself will be litigated in a provisional court room located in the gymnastics hall at the Skien prison. The state prosecutor will seek to place Breivik in indefinite preventive detention on the grounds that he remains a danger to society. 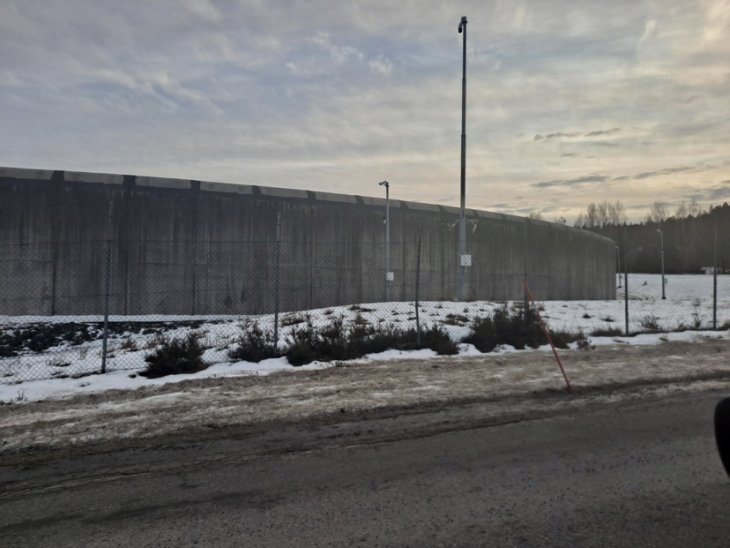 The walls of Skien Prison, where a provisional courtroom is set up for Telemark District Court. Photo: Adrian Lillefjære

While there is no chance that Breivik will succeed, for survivors and the bereaved, just being faced with the prospect of another court case is both terrifying and provocative.

This intervention draws on the authors’ engagement with the July 22 perpetrator trials in 2012, 2016–17 and 2022, as well as with transitional justice processes and war crimes trials after mass violence. In the project ‘LAW22JULY: RIPPLES: Rights, Institutions, Procedures, Participation, Litigation: Embedding Security’, we explore the legal ripple effects of the terror attack  (including  blogs on contested closures, litigation around memorials, and securitization after the bomb).

… the perpetrators’ ability to re-mobilize the law is a built-in feature of the rule of law.

Here, we reflect on ways to think about legal justice after extremist violence. We consider the meaning of closure after terror in liberal democracies when the perpetrators’ ability to re-mobilize the law is a built-in feature of the rule of law. As illustrated by the State Prosecutors’ failed attempt to ban the filming of Breivik’s testimony, balanced media coverage remains challenging. Similar considerations apply to academic research.

At the same time, documenting and analyzing the legal aftermath of July 22 is at the heart of our societal mission.

Shoshana Felman points out that “the promised exercise of legal justice — of justice by trial and law — has become civilization’s most appropriate [and] meaningful response to the violence that wounds it.” While a criminal trial that establishes facts and allocates guilt and individual responsibility is important, it is not an exclusive requirement for moving forward.

The comparatively speedy penal proceedings after July 22 were early on seen as successful not only in terms of the goals of criminal justice (retribution, prevention, upholding rule of law), but also for their contribution to ‘closure in society.’ Yet, the 2012 trial did not entail ‘the end’ of the settlement of criminal accountability for the 2011 terror attack. The legal settling of accounts is not an event of the past; rather, it is a process also happening in the present – and in the future.

After the verdict, then-Prime Minister Stoltenberg proclaimed that the Courts had “passed the test.” In hindsight, it is obvious that the 2012 trial was not perfect. Yet, the magnitude of lives lost, of health and safety shattered, of the politics and the psychiatric dimension of the perpetrator’s sanity, of the individual, local, national, and international wounds addressed, of the massive media and public attention, and of the defendant’s inflammatory court performances made the process an extremely challenging endeavor.

Thus, when Breivik’s defense lawyer, Geir Lippestad, argued in 2021 that, as a country, we had “settled” the question of accountability with that trial, several commentators disagreed, noting also that the law itself was insufficient for settling contestations over political accountability.

The formal processes underpinning the trial as well as the solemn institutional structures provided space for engagement and empowerment rather than alienation.

But perhaps it went as well as it could, at the time: The trial was an important step forward in terms of victims’ participation: the courts facilitated an unprecedented degree of lay participation and the victims who testified against Breivik managed to participate meaningfully and to reclaim equality. The formal processes underpinning the trial as well as the solemn institutional structures provided space for engagement and empowerment rather than alienation.

An important aspect here was the presence of the terrorist without his armor – metaphorically and physically speaking: Breivik was not allowed to wear his notorious uniform; he obviously carried no weapons, and he was not permitted to endlessly spread his propaganda. Bereaved parents stated that “he will be locked up for my life time, and he will never be able to walk free.” Survivors emphasized that, with his sentence, “we will not encounter him on the streets again – we will not even have to think about this happening.”

This brings us to an important observation: the allocation of responsibility and punishment did not mean that the terrorist would be unable to mobilize the law again. To that end, the penal legal response to the July 22 terror attack is gradually being transformed into a series of litigation processes and court cases, seemingly with no end in sight. What does this mean for how we think about legal justice after atrocity?

In 2015, Breivik sued the state for violation of the European human rights convention Article 3 (the prohibition on inhuman or degrading treatment or punishment) and Article 8 (the right to respect for private life). Specifically, his claims concerned the isolation regime – the most extensive isolation regime ever used in Norwegian prisons – as well as restrictions on his ability to communicate with supporters and contact others, including his victims. To the shock and outrage of the nation, Breivik won in the Oslo District Court in 2016. However, he lost the appeals case at Borgarting Appeals Court and the Norwegian Supreme Court refused to hear the case in 2017. In 2018, the European Court of Human Rights rejected the case. This prolonged litigation process was experienced as difficult by those directly affected as well as by the government and the public. The process was widely seen as an abuse of the legal system, with the media widely reporting on (and ridiculing) the frivolous nature of the claims, that the terrorist was complaining about cold coffee, a lack of nicotine, and poor-tasting readymade meals. 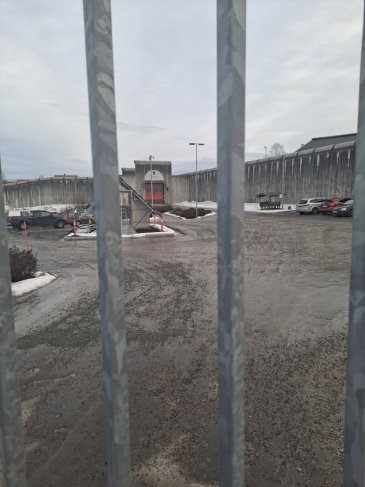 The entrance of Skien prison, where the current court case is held. Photo: Adrian Lillefjære

In 2022 we are faced with a new court case (which will probably include appeals). Breivik’s petition will fail, and he will remain in preventive detention.

But following the 2015–2018 case, the present court process also represents what many feared a decade ago: that those affected, and the Norwegian public at large, will have to deal with an endless number of litigation processes. The terrorist will attempt to use the guarantees provided to him by the Norwegian constitution and the criminal law system as a platform, as an institutional stage and a megaphone from where he might broadcast his ideology and communicate with his followers. Even though he will not succeed, he is attracting attention to himself in a way that still might create fear among those affected by his crimes.

On the other hand, perhaps this continuous legal mobilization will evolve into a different kind of dynamic: back in 2012, Breivik did not appeal the verdict because, as he stated, he did not accept the legitimacy of the Court.

Yet, today, a court case has become the only way in which he can physically appear before the world and remind it about his existence. Though this also inevitably changes his project. As Breivik goes to Court again, he finds himself entangled with an institutional and procedural setting that works against him. Perhaps he is more than anything else a megaphone for the rule of law: through the constant grasping for free legal aid, the investment in testimonies and legal strategies, and the framing of claims according to the material and procedural requirements of the Norwegian legal system.

In the future, it is not inconceivable that the courts will support Breivik’s claim that the isolation regime he serves his sentence under amounts to inhuman and degrading treatment. At the same time, for every new petition he files and for each court handling of his claims, the public and the media will likely grow wearier. His ability to create fear through a public presence will fade.

This intervention is not an attempt to trivialize the burden and pain that Breivik’s petition for parole – and the prospect of repetitive litigation – engenders. Yet these processes might, at some level, offer the consolation that the very workings of law that he puts in motion in themselves represent a rejection of the terrorist’s project of undermining the institutional foundations of Norwegian society.