The year 2019 ended with a new wave of non-violent protests. In every corner of the world there have been huge movements gathering. This marks the end of a decade that opened with the Arab Spring; a decade that might go down in history as the decade of mass protests. 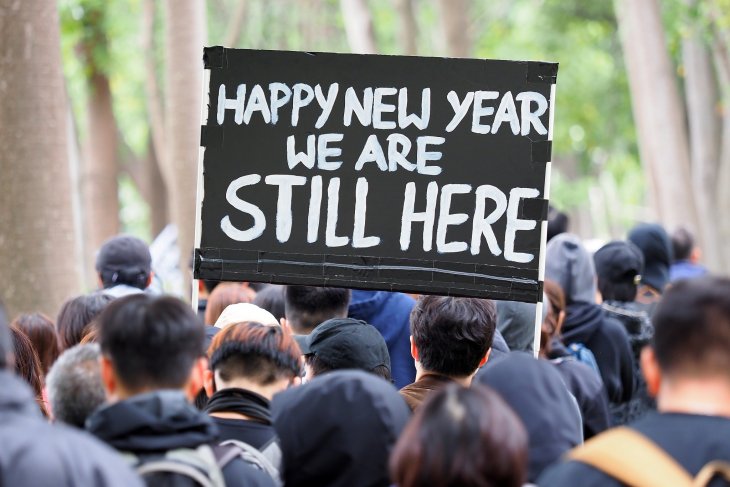 Research shows that protests spread between countries. The more protest movements taking place at any given point in time, the more likely it is that new ones break out. The revolutions in Europe in 1848, decolonization in Africa in the 50’s and 60’s, and the fall of the Soviet Union in 1989 are all example of this contagious effect.

Still, something seems different now. While the number of campaigns challenging sitting regimes in 2019 matched the year 1989, the global spread is now greater. It’s natural to attribute this to the possibilities modern communication technology offers. Social media and the internet have been dubbed the new liberalization technology, especially following the so-called “Twitter Revolutions” during the Arab Spring. The internet makes it easier to share grievances, mobilize like minded people, and coordinate actions, all while learning from protesters in other countries much faster than before. Although similar learning processes have been central to other, earlier movements, today’s technology spreads information faster and to many more than was possible before.

The 2010’s were hardly a victory lap for liberal democracies.

Unfortunately, these are not the only effects of the internet, and the 2010’s were hardly a victory lap for liberal democracies. In their book “The Internet and Political Protest in Autocracies”, Nils Weidmann and Espen Rød show there is a lower likelihood that protests will break out in authoritarian regimes with high levels of internet coverage. The internet does not only provide opportunities for civilians; authoritarian regimes gain opportunities from it as well. Why?

First, the location and level of internet coverage available under autocracies is not just randomly distributed. And if the regime loses control of the situation, the internet can always be cut, and social media can always be blocked, as we saw in Iran last November.

More importantly though, the internet is a huge information resource for autocratic leaders. It gives a glimpse into people’s frustrations, showing both what the people are mad about, and who is behind the movement. This makes it easier to stop political activists from mobilizing successfully against a regime. In other words, this makes it easier to oppress the opposition with precision. Anita Gohdes’ research, for example, shows that areas of Syria with better internet coverage experience more targeted executions. In contrast, areas with worse coverage experience more non-discriminatory oppression.

If people first have succeeded in organizing against a sitting regime, the internet can offer many opportunities. The more internet coverage, the larger the campaign. The internet facilitates the spread of the campaign from one city to another, increasing the total number of people who join the movement. The internet spreads information quickly, for example where protest events will take place. It can also be used to arouse feelings and help people identify strongly with the movement. We saw this with the Facebook group “We are all Khaled Said”, which helped foster the Egyptian revolution in 2011.

Mobilizing large numbers of people is the recipe for success when it comes to non-violent movements. The more people, the more likely it is the campaign will achieve its goal, whether that is to topple a regime or push through specific legal reforms. Thus, while the internet gives many new tools to the world’s autocrats, it also provides opportunities for the world’s protesters.

There is also ample evidence to show that the internet is part of forming movements, causing a wave of leaderless campaigns. One example is Hong Kong. Although there are central leaders like Joshua Wong, there is no (known) formal organizational structure behind the movement. Nevertheless, thousands of protesters have managed to adopt a “be water” tactic, breaking up as soon as police arrive, then meeting up again somewhere else. This method was made possible by apps like “Hkmap.live” where demonstrators could keep track of the police, and then move accordingly. The strategy made it extremely difficult for the authorities to forcibly break up protests.

Even though today’s protests have been formed by modern technology, there is little to suggest that smartphones will secure their victory.

Since the movement is not led by individuals, it cannot be stopped by removing a limited number of specific individuals. A review of the campaigns in 2019 show that several of these have a leaderless structure similar to Hong Kong. Protests in France, Chile, Lebanon, Iran and Iraq have all sprung up without any prominent leaders. We have seen leaderless movements before, for example in Romania in 1989. However, they have generally been spontaneous and relatively short lived.

Even though this loose structure allows for a high degree of flexibility, it also has some obvious challenges. When demonstrators in Hong Kong beat up a local resident, believing he was a police infiltrator, there was no one with the authority to offer a formal apology on behalf of the campaign afterward. The lack of organization and leadership also make it hard for there to be any negotiations between the authorities and the campaign.

Nonviolent protests also face the challenge of preventing an escalation into violence. Charismatic leaders like Martin Luther King Jr. and Mahatma Gandhi were key in making sure their movements stayed peaceful. It is not obvious how leaderless movements can solve that challenge.

Even though today’s protests have been formed by modern technology, there is little to suggest that smartphones will secure their victory.