Kristin Bergtora Sandvik and Kjersti Lohne ask: How can education help to realize the multiple goals and visions of transitional justice, and how can transnational justice be adapted to new educational objectives?

This is the first post in an occasional series on the legal, bureaucratic and political aftermaths of the July 22 terror attack and research done under the auspices of the LAW22JULY:RIPPLES project  (SAMRISK) and other PRIO projects. 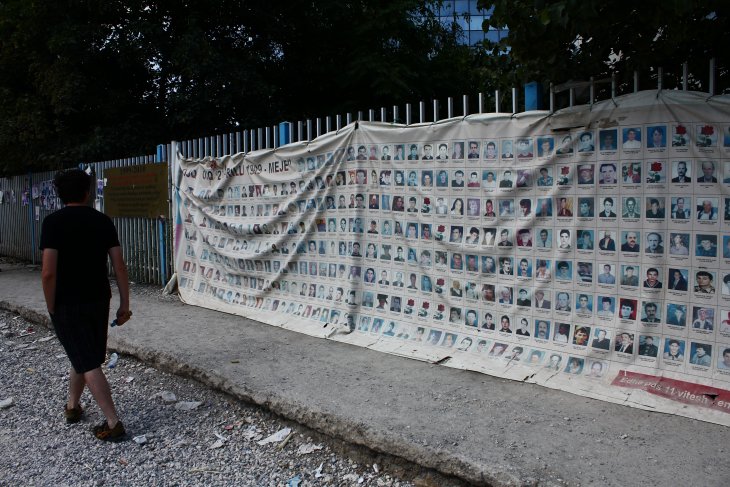 During November 2019, scholars from the University of Pristina and the University of Oslo met at the Faculty of Law in Pristina to discuss the role of universities in educating for peace. Taking this dialogue between two very different experiences of mass violence – Kosovo with war and oppression, and Norway with a terror attack as its point of departure – this blog discusses what it means to teach transitional justice in a new decade, and the merits of applying transitional justice perspectives to new domestic contexts that are not used to think of themselves as ‘transitional’.

Transitional justice has primarily been a toolkit for post-conflict justice such as the Kosovo context. As noted by Human Rights Watch 20 years on, civilians paid a hefty price: In 1998 and 1999 between 90% of the Kosovar population of 2 million was displaced by Serbian forces and around 13 000 people were killed. An estimated 1653 remain missing. Sexual violence and torture were widespread. Only few individuals have been tried and convicted for their role in the atrocities. Trauma and the effects of political violence and impunity continue to shape Kosovar society today.

22 July 2011, the Norwegian terrorist Anders Behring Breivik detonated a car bomb in the Oslo government district, which killed eight people, injured about 200 and led to significant material destruction. Breivik then travelled to the Labour Party’s Youth Organization (AUF) summer camp at Utøya Island, where dressed up as a police officer, he massacred 69 individuals, including 50 children. Thousands of survivors, relatives, rescuers and bystanders remain deeply affected. Since 2011, numerous terrorists have claimed 22 July as a source of inspiration (here, here or here).

Kosovo and Norway cannot be directly compared: The type of crime, scale of violence and suffering is vastly different, and so is the state’s ability to respond. Moreover, while Breivik was Norwegian, the war in Kosovo was between different entities, which affects how respective communities deal with the legacy of violence in its aftermath. However, a dialogue between the two contexts is both timely and appropriate. The experience of Norway after the 22 July 2011 terror attack, and that of other countries recovering from similar mass casualty terror attacks, suggests that transitional justice might have a place in the aftermath of violent political extremism in otherwise established democracies. The political nature of this type of violence engenders difficult questions as to who is an insider and outsider in a given domestic context, and narratives of belonging, responsibility and harm shift over time.

Kosovar and Norwegian educators both grapple with a contemporary context where the production of knowledge and truth claims – as well as the legitimacy and authority of higher education itself – are contested. At a fundamental level, this concerns how we live together, respect each other’s humanity and work towards consensus on versions of the past and of the future.

Transitional justice is many things to many people. The most widely applied definition is the one offered by the UN, seeing transitional justice as a first and foremost a process, and referring to ‘the full range of processes and mechanisms associated with a society’s attempt to come to terms with a legacy of large-scale past abuses, in order to ensure accountability, serve justice and achieve reconciliation’. Observant scholars have taken issue with how transitional justice processes are incrementally framed in legal discourse. The UN Office of the High Commissioner for Human Rights (OHCHR), for example, refer to transitional justice as ‘judicial and non-judicial mechanisms, including prosecution initiatives, reparations, truth-seeking, institutional reform, or a combination thereof’, and assert that ‘Whatever combination is chosen must be in conformity with international legal standards and obligations’.

At the same time, influential actors such as the International Center for Transitional Justice (ICTJ) stress that transitional justice is about ‘putting victims and their dignity first’ and asking ‘the most difficult questions imaginable about law and politics’. They see such difficult yet necessary questioning as signaling ‘the way forward for a renewed commitment to make sure ordinary citizens are safe in their own countries – safe from the abuses of their own authorities and effectively protected from violations by others’. The Humanitarian Law Center understands transitional justice to be about ‘dealing with the past to build the future.’ In a similar vein, and as stated by one of the Kosovar workshop participants, transitional justice is about helping ‘to reveal the truth and what has happened’.

The case of Kosovo

As a nation, Kosovo remains in a precarious position as it grapples with its past, present and future. With respect to terror attacks, the challenge for otherwise established democracies in Europe also take on temporal and continuous elements: each new attack shapes possible futures by way of creating cultures of fear, but also by legitimating the exclusion of ‘deserving’ victims or individuals deemed ‘complicit’ merely by way of their membership in ethnic, social or religious groups. How do we educate students about restoration, accountability and justice when we are always suspended somewhere between the last terror attack – and the next?

Asking our hosts this question, the answer is that we must hold onto the idea that transitional justice, regardless of the violent context, must come from below.

First, we must accept that this will be messy, unfinished and not always successful – also in an educational context. An important but often overlooked part of what it means to do transitional justice from below is the productive role of mistakes – and the importance of discussing them. As suggested by participants to the conference, mistakes do happen – there are perhaps even necessary pathways to learning. Yet, mistakes – or lack of professionalization – can hamper or completely undermine the transitional justice effort too. Participants noted that the most obvious examples concern recovery and identification of dead bodies or the restoration and protection of cultural heritage. As explained by a practitioner working with survivors of sexual violence, there are specific instances where the overarching principle is to ‘do no harm’ and where no mistakes are permitted: ‘we can’t make mistakes – that would compromise the women’. To retain a conscious relationship with the role of mistakes and professionalization alike was thus a recurring topic in Kosovo.

However, these statements also point to the possible tensions between the emphasis on transitional justice being locally embedded and professionalized at the same time – which again lead to broader questions about the role of the state. From the Kosovar perspective, learning to carry out the tasks of transitional justice in parallel with doing nation-building takes time – in part because externally funded institutions come and go. From the perspective of established democracies that are increasingly characterized by post-welfare, neoliberal governance, questions about local ownership and professionalization are as pertinent.

A final concern was the challenging role of education in a time of contested knowledge production. In post-conflict settings, there is often contestations over history. Today, technology too exacerbates tensions over truth claims and historic narratives in Kosovo and Norway alike. Among participants, including students, there was concern of ‘history repeating itself’, with visible signs of tensions and ‘othering’ across the European continent. Participants reflected on why this is happening again, and what can be done about it. Some participants suggested that human rights offered a language – a normative baseline – for continuing dialogue in spite of conflicting ‘truths’ and world views – even in the classrooms. Holding on to human rights as a normative bulwark in education may strengthen its foundation also beyond the classroom. This speaks to a fundamental tenet of teaching transitional justice, namely the importance of continuing, recognizing that ‘not to stop’ is an objective in and of itself.

The post-violence contexts of Kosovo and Norway are very different. What can we do with these types of exchanges? We suggest that if imagined and articulated correctly, the juxtaposition between violent conflict and violent extremism opens a space for critical discussions about citizenship, belonging and the imagination of the nation-state as inclusive, accountable—and just.  After all, education is of significant structural and societal importance as a site of justice and injustice alike, and as such, carries potential as both a key form and site of reparation and transition. Pablo Freire has noted that by focusing on participants’ life experiences, such an approach may affirm participants’ dignity and recognize that all in the room are teachers and learners alike. While the pedagogy of teaching transitional justice in a violent extremism context is made complicated by the lack of a clear ending – and the impossibility of guaranteeing non-repetition – learning from practitioners and thinking with the perspectives of transitional justice offers a road forward.

Kristin Bergtora Sandvik and Kjersti Lohne are co-organizers of an initiative called LAW22JULY – where LAW stands for learning, accountability, witnessing – based at the Faculty of Law at the University of Oslo in Norway.

[…] published on 27 January 2020 here. Kristin Bergtora Sandvik and Kjersti Lohne are co-organizers of the initiative LAW22JULY […]