This blog post identifies marginalization, legal distancing and the ambiguity of care as the key characteristics of the COVID-19 pandemic response currently reshaping refugee and migration governance. 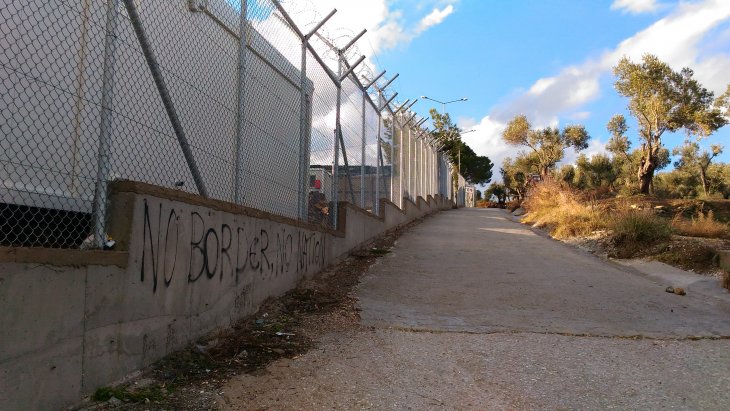 Almost three months into the COVID-19 outbreak, the impact is becoming clear: the pandemic will reshape the governance of international migration and forced displacement. This piece provides some early reflections on the direct and indirect consequences and possible post-pandemic trajectories. The geographical examples are selective, but we hope, illustrative. While responses so far vacillate between care and control, with an emphasis on care for domestic populations and control of migrant movement and interaction, there is likely to be a long-term impact of the proliferation and routinization of extraordinary practices.

This post is a collaboration with The Global. Visit https://theglobal.blog to read more.

The exacerbation of marginalization through herding, lockdowns and de-facto expulsions

Those in an already precarious position are further marginalized in terms of removal/isolation from the rest of the population.  The first type of consequence is the herding and lockdown of migrants in confined and overcrowded spaces without adequate healthcare for public health purposes. The Greek government is imposing a curfew on refugees and migrants in the overcrowded Moria camp on the Greek island of Lesbos, as part of its response against the COVID-19 pandemic. As is well known, camps on the Greek islands were designed for fewer people than currently occupy them  and health services are already inadequate. In Australia, fears have escalated as a guard at a migrant detention centre  tested positive for the virus. While there have been instances of prisons being opened to let out low-risk inmates, we have not been able to identify examples of migrants being released from detention centres. Governments have also taken active steps to remove poor migrants physically from their national territory. In Norway, the Oslo municipality recently flew 140 individuals of the Roma minority back to their homes in Romania. Foreigners without a residence permit can also be expelled.

COVID-19 is being used as an opportunity to resist deportations, as illustrated by Guatemala’s decision to halt US deportations.

The ambiguity of care

There is news of the suspension of deportations and better health coverage for migrant populations. Several countries, including Canada, Germany and the US have stopped deportations. The reasons for this are not humanitarian but point to impracticability, such as travel bans and putting the health of immigration officials at risk. While the long-term fate of deportees is unknown – some might be able to stay on for humanitarian grounds – they are being put back into detention centers with the same risk of contagion and lack of health care discussed above. At the same time, COVID-19 is being used as an opportunity to resist deportations, as illustrated by Guatemala’s decision to halt US deportations. On a different note, a side effect of more intense screening is an expansion of health coverage for newcomers in Ontario and British Columbia. This is beneficial to the newcomers, who are usually excluded from universal health care coverage during their three first months in these Canadian provinces, but it also benefits the wider population.

COVID-19 is engendering the closure of programs on a massive scale. The most serious onslaught of the existing refugee protection regime has been the suspension of international refugee resettlement. Both UNHCR and IOM state that  they ‘look forward to resuming full resettlement travel as soon as prudence and logistics permit’. Yet until they do so, no refugees will be resettled by a state willing to admit them.  Pronouncements about the ‘death of resettlement’ are a regular occurrence. This time, however, and despite the commitments and promises made at the Global Refugee Forum to expand resettlement, the suspension occurs in the context of: a sharp decline of US resettlement, the unwillingness of the European Union (EU) and its member states to redistribute refugees hosted by Greece and Italy to other EU countries, and the increasing ‘offshoring’ of resettlement through so-called Emergency Transit Mechanisms operated out of Rwanda and Niger. Resettlement is therefore facing a struggle to make a the comeback that was anticipated at the 2016 UN Summit for Refugees and Migrants.

Many countries now just turn people away at the border and do not accept visa or asylum applications. The potential consequence is that a growing list of restrictions combined with systems ‘going to sleep’ may be converted officially to temporary and then permanent halts

The Rule of law in the centrifuge

Another issue of high importance concerns ‘legal distancing’, which further entrenches the marginalization and exclusion of migrants. This happens with opposing cycles of speed: great regulatory haste on the one hand, and an institutional slowdown of due process mechanisms and bureaucratic processing on the other. At present, the US is imposing a growing list of restrictions that are being adopted in a haphazard manner, with migration courts being closed and hearings postponed.  An Italian example includes a drastic reduction of asylum processing as only one person is being let in at a time. Many countries now just turn people away at the border and do not accept visa or asylum applications. The potential consequence is that a growing list of restrictions combined with systems ‘going to sleep’ may be converted officially to temporary and then permanent halts across a broad swath of migration categories and administrative processes.

while thinking about migration as an issue of global governance has in recent years been shaped by concerns about right-wing extremism, populism and the decline of solidarity, the initial responses to the COVID-19 pandemic in many cases appears to have fast tracked this political agenda.

There will also be further indirect consequences from the many examples of extensive emergency legislation being rushed through domestic parliaments, allowing governments to rule by decree or threatening human rights. The new laws may contribute to a general democratic backlash with direct policy and regulatory implication for the migration field. One danger of broad discretionary rules is that the margin of interpretation is left to executive authorities with limited legal oversight or opportunity for legal recourse, and, potentially, the arbitrariness of rules whose application varies on an individual basis. Importantly this also allows for bureaucratic discretion with little or no oversight. While the problem of underresourcing, capacity-deficits, intransigence and dysfunction are familiar challenges for refugee and migration bureaucracies, the adverse impact on vulnerable refugees, migrants and asylum seekers will likely increase. Furthermore, many ordinary laws already in place can have serious knock-on effects. As time goes on, we will likely see these kinds of examples multiply, and it is important that they are recorded and analyzed.

In conclusion, while thinking about migration as an issue of global governance has in recent years been shaped by concerns about right-wing extremism, populism and the decline of solidarity, the initial responses to the COVID-19 pandemic in many cases appears to have fast tracked this political agenda.

Many of the developments described above are well-known to observers of international migration governance. While the 2014 Ebola outbreak embodied a very clear North-South dimension with respect to othering and the initial phase of the COVID-19 outbreak was characterized by a focus on China, i.e. Trump’s insistence on describing this as the “China-virus”, the rapid global spread of the virus has mapped onto existing patterns of structural inequality. From a scholarly perspective, this reveals complicated interfaces that will require some careful untangling. We end with three observations:

[…] How Will the COVID-19 Pandemic Reshape Refugee and Migration Governance?  Peace Research Institute Oslo (PRIO) ← Sorry, but the Virus Shows Why There Won’t Be Global Action on Climate Change – Foreign Policy […]