“The fury of the virus illustrates the folly of war.” Those were UN Secretary General António Guterres’ words on 23 March when he launched a global call addressed to armed actors around the world to declare ceasefires. According to Guterres, the coronavirus crisis demands a redirection of all attention and resources, as well as facilitating the work of health personnel and humanitarian actors to allow access to the most vulnerable populations affected by violence and now the pandemic. The call spread widely; perhaps it was the first viral call created by the United Nations. 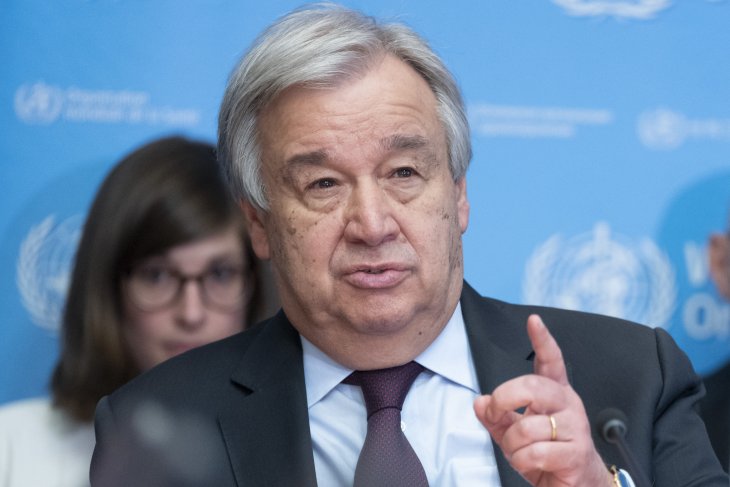 At least initially, the call was successful. Various armed groups in different parts of the world have declared ceasefires. Guterres himself has presented an account of the successes so far: in Cameroon, the Central African Republic, Colombia, Libya, Myanmar, the Philippines, South Sudan, Syria, Ukraine and Yemen armed actors have declared that they will temporarily stop fighting to facilitate the actions of those responding to COVID-19. Ceasefires can allow for a general respite, which is sorely needed today globally and in war scenarios, alleviating violence and confinement.

The UN’s global appeal may remain anecdotal, and the world would not benefit as much as it could have done.

Other armed actors, however, are using the pandemic to strengthen their political positions, criticize the governments, or strengthen their self-justifying narratives and propaganda or protecting their private interest. The Barcelona School of Culture of Peace, author of the yearbooks on conflicts, human rights and peacebuilding, and on peace processes and negotiations, has recently presented a report showing a more nuanced analysis. They include cases where armed actors are forcing the communities under their control to carry out the curfews such as the mara gangs in Central America or drug traffickers controlling some favelas in Brazil.

The difficulties of ceasefires

No ceasefire in itself resolves conflicts, nor do they address the political, social, and economic causes that activated and fuel them. A ceasefire is not a peace agreement. In some cases, ceasefires can even backfire and intensify the war. It is not surprising that armed actors may use them to take tactical decisions under the logics of war. Ceasefires are also ways to secure a strategic position, move troops from one place to another, or rebuild logistics channels to restock weapons and other assets for sustaining the fight. From the perspective of the armed actors, ceasefires are just one additional tool to pursue their political and military goals, including through humanitarian measures. A ceasefire may be used as a step back to gain momentum.

The opportunities of ceasefires

But, ceasefires are also an opportunity. The United Nations and other specialized entities are seeking actively to take advantage of the moment created by Guterres’s call to mediate armed conflicts. In his appeal, Guterres emphasizes that he has asked his Special Representatives, Specials Envoys and Resident Coordinators to take advantage of his call to explore any possible opportunity to examine or secure emerging peace processes. They do it directly or, even, from their home offices using digital technologies.

More eyes, collaboration and platforms on armed actors in conflict contexts increases their political cost of using ceasefire to strengthen their military actions.

From the perspective of facilitators, mediators and other third parties, ceasefires open spaces to explore initial contacts between the parties in conflict, to facilitate political dialogue, or to consolidate previous progress in secret conversations through established back channels. For this reason, a ceasefire can become a platform to seek peace through peaceful means, in addition to easing pressure on the civilian population.

The strategy to follow depends a lot on contextual factors; there is no universal recipe. In various countries, we hear local calls to reduce suffering, open and guarantee humanitarian access, or call to facilitate the evacuation of the wounded. We also perceived direct requests to armed actors challenging them to explicit their openness to a political solution to those conflicts. There are also many direct requests to extend ceasefires indefinitely to facilitate negotiations and dialogue. In not in few places, additionally, there are direct or mediated conversations between the fighting actors to measure forces, test the waters, or explore new possibilities.

The challenges and main risks

The main problem that these ceasefires are facing is that they not have a technical design supporting them. They lack, per example, robust mechanisms to monitor compliance and verify to what extent the armed actor observes their ceasefire. There are no explicit measures of what a successful ceasefire means in any case. Did all varieties of violence stop or just some actions? Was the humanitarian needs of the population alleviated? Was the ceasefire used to gain tactical or strategic advantage? Another difficulty is that third-party actors have not had time to introduce security and confidence-building measures to reduce the fear one actor may have vis-a-vis their enemies, and therefore to strengthen the ceasefire itself. Breakdown of the ceasefire can have severe consequences and destroy any trust the parties may have built. A breakdown can even destroy previous efforts and interactions, often invisible, of searching for a political solution.

Between 1989 and 2018 more than 1900 ceasefires and related agreements were reported by the media, in the context of more than 100 internal armed conflicts. However, despite some exciting exceptions, ceasefires as a political phenomenon are generally poorly studied. There are some experts in the world, but the majority are practitioners who work for Ministries of Foreign Affairs such as in Norway or Switzerland, military personnel around the globe, or officials of the United Nations or other multilateral organizations. Many of these experts focus on the military and technical aspects of the ceasefires, and not in exploring, understanding and nurturing the political platforms ceasefires may create to facilitate dialogue, increase collaboration, and mediate peace processes.

The UN’s global appeal may remain anecdotal, and the world would not benefit as much as it could have done. The existing knowledge about ceasefires is scattered. People and institutions around the world seeking to take advantage of the Global Call do not have easy access to it. Joining efforts and creating proactive networks of expertise between academics, mediators in the north and the global south, and social organizations is essential to put this growing knowledge about ceasefires on display. There is hope that a humanitarian crisis-motivated ceasefire could make a difference; as my colleague Siri Aas Rustad and her co-authors point out, historically we see examples that led to lasting peace. More ceasefires need to be supported as a political platform to create trust at an early stage in the roadmap for peace, instead of as a platform to strengthen violence.

Some research institutions and think tanks are beginning to fill this knowledge gap more systematically. For example, PRIO, together with ETH Zurich and Uppsala University, with the support of the Governments of Sweden and Norway, have a large research project on ceasefires. They are finishing an extensive database with information on all ceasefires caused by internal conflicts between 1989 and 2018, and they have already presented some preliminary studies (and, here) and some analysis about specific countries.

Through this collaboration a more targeted and systematic use of new technologies to monitor and evaluate ceasefires is possible, supporting local actors who have the knowledge and the insights to use this information as leverage to promote peace. More eyes, collaboration and platforms on armed actors in conflict contexts increases their political cost of using ceasefire to strengthen their military actions. And it widens the space to explore ways of negotiation and dialogue and take advantage of the political opportunities that ceasefires open up.

It is true that COVID has brought along global ceasefires. Unfortunately, this is not happening everywhere, yesterday the WHO mission in Myanmar went to Rakhine state transporting COVID19 surveillance samples in their way to Yangon they were fired by Myanmar troops. One of the WHO drivers died today result of the wounds.
In my homeland Colombia, armed groups threaten civilians over COVID-19. Not only the risk of further abuse but hunger. Meanwhile, Mexican criminal groups see Covid-19 crisis as opportunity to gain more power.
In terms of peace and conflict research, these are -sad- and interesting dynamics relations between states, people and a global pandemic.