As the coronavirus pandemic develops from day to day in Norway’s epicenter and capital city of Oslo, it seems at present that Oslo’s eastern neighborhoods with large immigrant populations may be worse hit than other neighbourhoods, and that some migrant groups appear to be especially exposed. Much is uncertain both about why this pattern is emerging, and whether it will continue. While it is way too early to conclude, we offer reflections on five possible explanations and pose five questions which remain to be addressed in this context [*] 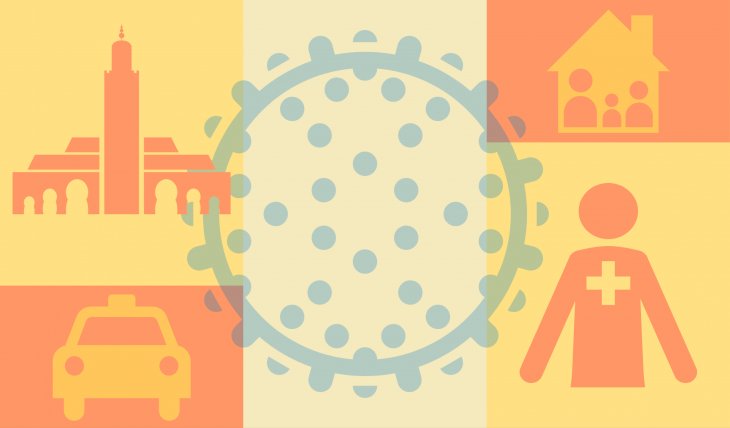 Are migrant groups in Norway disproportionately affected by COVID-19?

When the first statistics disaggregated by country of birth were published in early April, the number of foreign-born individuals who had tested positive with corona was close to 15% – the proportion of foreign-born in Norway. Soon this figure had risen to 18%. However, much attention was immediately focused on the number of individuals born in Somalia who had tested positive, which was evidently disproportionately high. Why? What could be done? Could there be other groups which had not been tested to the same extent, which might mean higher infection rates among other – especially recent – migrant groups in Norway? And why were Poles and Lithuanians, Norway’s two largest immigrant groups, apparently hit less seriously, according to these figures? In this context, it is worth stressing that much uncertainty remains as regards any patterns, especially as the rate of testing varies, and any numbers reveal patterns only among those who have been tested.

Some of the most effective communication on corona infection (how to avoid it, and what the current Norwegian guidelines entailed) was being conducted by volunteers, not least within Norwegian-Somali communities.

Much was already being done – but by whom?

As it turned out, much was already being done. While the Public Health Institute had information in an increasing number of languages available on its web pages from 13 March onward, the national broadcaster NRK offered the same starting on 25 March, acknowledging both the need for information on the exact guidelines following the crisis in different languages, and spreading such information in tailored ways, e.g. through faith communities and organizations. Oslo municipality, which often operates information campaigns in multiple languages to its inhabitants, did the same. Nevertheless, it seems clear, these measures weren’t undertaken quickly enough.

However, it seems beyond doubt that some of the most effective communication on corona infection (how to avoid it, and what the current Norwegian guidelines entailed) was being conducted by volunteers, not least within Norwegian-Somali communities. The news that a disproportionate number of Somalis were being hit in Sweden was an early warning, which Norwegian-Somalis acted upon rapidly. Many individuals, health workers, social workers, and concerned citizens made phone calls and used social media spread the important message on how to avoid corona infection. This information had the advantage that it was spread not only in different languages and dialects, but with the necessary cultural competence.

By 4 April the Norwegian government acknowledged that more communication to minority populations was needed and set aside funding for NGOs already funded to conduct programs within migrant communities to boost efforts. Criticism about the selection of organizations quickly emerged – along with hope that the more established NGOs would indeed work with grass roots actors who were already working on the ground, such as “Bydelsmødrene” (“the neighbourhood mothers”).

Migrants are being recognized as contributing to keeping Norway running, in the midst of the coronavirus shutdown, for exactly this reason, putting their own health on the line.

How might we explain disproportionate infection numbers among some migrant groups?

We know from a nationally representative survey of living conditions among immigrants (SSB 2018) that migrants work in what may be referred to as “close-contact professions” at disproportionate rates. This includes professions such as taxi-drivers, cleaners, shop assistants, as well as health workers. These are professions that require commuting, as home office is not an option. Indeed, migrants are being recognized as contributing to keeping Norway running, in the midst of the coronavirus shutdown, for exactly this reason, putting their own health on the line. While migrants from all backgrounds work in such “close-contact professions”, it is also the case that Polish and Lithuanian male migrants in vast numbers work in the construction sector in Norway.

The fact that a third of Oslo’s population has immigrant background, substantially above the national average of 18.5%, combined with the pandemic’s epicenter being Oslo, suggests a connection. Meanwhile, the early cases of coronavirus infections in Oslo (at least among those that were tested) were in the more affluent, west of the city, and were traced to skiing holidays in Austria and trips to Italy. But the less affluent east of the city, which is also home to much higher shares of the city’s immigrant population (both foreign-born and children of migrants), is increasingly where individuals testing positive for coronavirus now live.

When tracing explanations as to why Norwegian-Somalis, much like Swedish-Somalis, seem disproportionately affected, it is hard to miss the obvious issue of housing – and especially overcrowding. Maintaining the advised two-meter distance and maximum five-person grouping is not possible if your housing conditions do not allow for it. That this is an important factor is also supported by the seemingly higher infection rates in Oslo’s eastern neighborhoods, where people (including those without immigrant backgrounds) live in more crowded conditions.

Overcrowded housing in Oslo, as in most other cities, is a reflection of socio-economic conditions – and inequalities. As has been suggested in Sweden, these are clearly class-based issues. In general, health and socio-economic inequality is an important relationship, which is likely to be the case in the corona-context also, both directly and indirectly. Thus, this appears to be less an “immigrant issue”, but rather one where wealth matters.

In Italy, close family ties and intergenerational housing structures, have been pointed to as among reasons which may have impacted the spread of corona. Similar explanations seem pertinent to look into, among some migrant groups, also in Norway. Combined with the issue of overcrowded housing and intergenerational households, it is also likely that strong cultural norms of visiting friends who fall ill, perhaps especially if at risk of dying, may be part of a possible explanations to the spread.

The main mosque Somalis in Oslo attend, Tawfiiq Islamic Centre, closed public Friday prayers on 13 March, similar to other large mosques, when Norway closed its schools and kindergartens. What role religious congregations may have had in the spread of coronavirus prior to this date is hard to estimate. It is evident that religious leaders in Norway, like others abroad, have played an important role in spreading information about how to avoid infection. Meanwhile, among Muslims, as in other faith communities, exceptions exist, where religious leaders have gone against public health information and invoked (claimed) religious teaching. In the Muslim case this includes citation of Qadar, the belief that God knows and ultimately decides all.

Norwegian-Somali communities have over time experienced substantial stigmatization, not least related to participation in the labour force which remains well below the national average. Therefore, the recent focus on Norwegian-Somali communities raises some concern about risks of exacerbating existing stigmatization, simply as a consequence of this limelight. Simultaneously, the focus has probably spurred crucial actions to decrease the spread. It remains to be seen whether, when, and how anti-immigrant groups seek to capitalize on the issue, or whether it emerges in right-wing based hate-speech, as has been the case in Sweden.

Questions to ask, lessons to learn

Monitoring the updates on numbers of confirmed corona-cases in Norway, disaggregated by country of birth, will show the patterns and extent to which migrant groups are disproportionately impacted by COVID-19 in Norway over time. Such statistics might be based on immigrant background, which is what is used in national statistics, distinguishing between immigrants and descendants of immigrants. Monitoring should take into account neighborhoods, professions, socio-economic inequalities, as well as preexisting health record. There are five key questions to pose:

The authors have researched migration and migrant experiences in Oslo, Norway, and internationally. Their extensive fieldwork and years of research experience led them to raise these questions and put forward an analysis of how COVID-19 affects these groups locally.

Huge uncertainty remains about the corona pandemic’s development and its impact in both the short- and long-term. Our immediate concern is for those most directly affected: falling ill, offering necessary services, or losing their livelihoods, in Norway as well as internationally, not least considering all the transnational connections between residents of Norway and individuals across the world. Yet, it is also important to continue analysis and reflection about ongoing developments, and ask necessary questions, whether of immediate or future relevance.

[*] As of June 2020, the infection rate among Norwegian-Somalis is close to zero. According to the Norwegian Institute for Public Health this is due to effective communication initiated and implemented by Norwegian-Somali professionals, volunteers and journalists in collaboration with Norwegian health authorities

[…] such as food manufacturing and delivery, social care and cleaning. High rates of infection among Somali migrants in Norway, for example, are partly attributable to their concentration in these “close-contact” […]

[…] such as food manufacturing and delivery, social care and cleaning. High rates of infection among Somali migrants in Norway are partly attributable to their concentration in these ‘close-contact’ professions where home […]