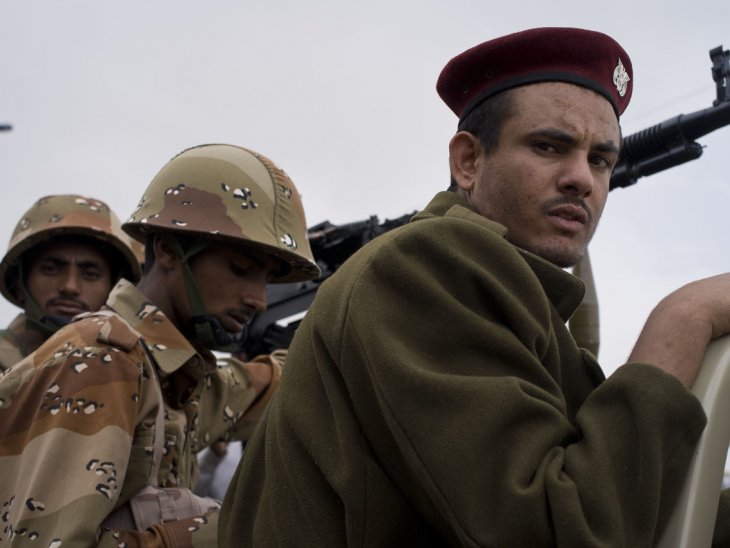 On 10 April Yemen confirmed its first COVID-19 case in the southern province of Hadramout. The news came one day after the Saudi coalition declared a two-week unilateral ceasefire prompted by UN Secretary-General António Guterres’ call for a global ceasefire to allow all actors to fight the pandemic and to facilitate the delivery of humanitarian aid to vulnerable populations. Despite the coalition’s decision and UN Special Envoy Martin Griffith’s subsequent initiative to end the war, the Houthis rejected the ceasefire. Since then the Houthis allegedly violated the ceasefire 95 times within 24-hours and have fired ballistic missiles over the Marib governorate. Saudi Arabia has closed its borders with Yemen, and flights between the northern and southern part of the country have stopped. How will COVID-19 impact the war in Yemen? The country’s response is severely limited by at least two factors: the lack of structural capacity and the conflict parties’ unwillingness to unite for a single cause.

Yemen is especially vulnerable to a mass outbreak and is less likely to respond to the virus.

26 March marked the fifth year of war between the internationally recognized government of President Abd-Rabbu Mansour Hadi, supported by the Saudi Arabia-led military coalition and the Iranian-backed Houthi rebels. Even before the war, Yemen was the poorest country of the Arab world. An estimated 80 per cent of Yemen’s population – 24 million people – require some form of humanitarian or protection assistance, including 14.3 million who are in acute need. Yemen is especially vulnerable to a mass outbreak and is less likely to respond to the virus. Diseases are well-known to Yemenis: since 2017, the country has been gripped by measles, diphtheria, cholera, and dengue fever. As stable and developed countries struggle to respond effectively to the virus, Yemen prepares for COVID-19 with a virtually non-existent health infrastructure: less than 50% of the healthcare system operates, and only three testing sites (Sana’a, Aden, and Al Mukalla) are available. Between 2015 and 2018, there were 120 attacks against health workers and hospitals in Yemen. The risk of further infections is uniquely high given the more than 3.3 million internally displaced people, asylum-seekers from Ethiopia and Somalia, the lack of clean water, soap, and credible information, the near impossibility of social distancing, hunger, lockdowns, and widespread travel restrictions.

Prospects for implementing the ceasefire are bleak. This is not the first ceasefire to be used by the Houthis to regroup and expand territorial control. Most recently, the Stockholm Agreement prompted the group to refocus its military efforts and expand the territorial control around the last stronghold of the Hadi government, the Marib governorate. Conflict parties are already using the virus for political goals. Mohammed Ali al-Houthi, President of the Houthi Revolutionary Council, announced that the Houthis will hold the Saudi-led Coalition responsible for any COVID-19 case in the country and claimed that Saudi Arabia had sent the virus to Yemen. Domestic and external actors’ incentives to fight the virus and end the war are, however, different. Even if for selfish reasons, external parties are incentivized to end the war: Saudi Arabia and Iran are both severely hit by the virus. As both Riyadh and Tehran are fighting the virus – albeit under very different financial circumstances – and due to the resulting economic recession, their resources are likely to be redirected to domestic matters rather than spending them on fighting. From this perspective, yes, this ceasefire can provide an opportunity to end the war, yet we should exercise caution.

First, the Houthis are not the only military actors who have had to commit to an eventual nationwide ceasefire. Secondly, delivering aid had been a critical challenge well before the outbreak of the pandemic because conflict parties have repeatedly instrumentalized and obstructed humanitarian aid for economic and political gains, keeping vital resources from locals. Third, as the virus poses a global financial challenge, and countries focus their economic resources on fighting their own battles, there is a serious threat of Yemen not getting the aid it requires, or that aid efforts will be directed towards the virus and away from other humanitarian needs. As for now, Yemenis are waiting. External actors must pressure conflict parties to realize that they are fighting a common enemy, ensure funding for the healthcare system with a special focus on women and girls, and secure the safe and timely delivery of humanitarian assistance.

This post was originally published as part of the 4:1 series by the Institute for Foreign Affairs and Trade. You can find it here.