Muslims have just celebrated Eid al-Fitr, the festival that marks the end of Ramadan, the month of fasting. The month of fasting, which is demanding in itself, has been even harder this year with the current social distancing requirements. Usually the high point of each day would be gathering with family and friends to break the fast with the evening meal, known as iftar. This year these customary gatherings have not been possible in the same way as in other years, for Muslims across the world. 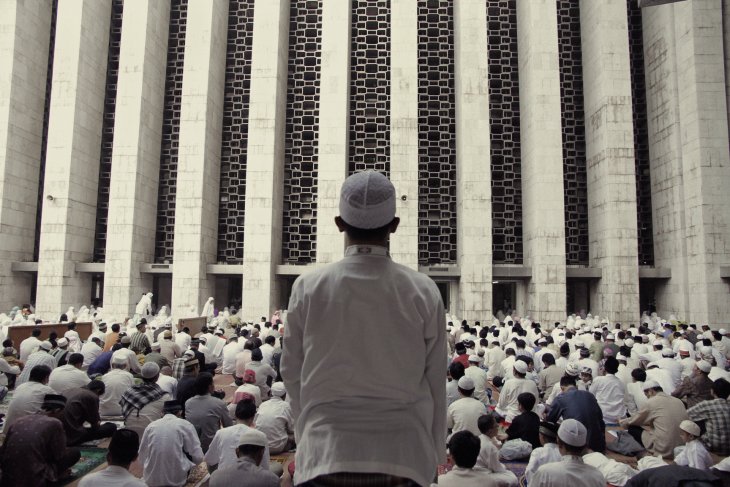 Religion and risk of infection

Places of worship, like other spaces where large numbers of people gather, were affected early on by the Covid-19 pandemic, and in some cases were early hotspots for spreading infection. A synagogue in New York, a church in the Philippines, and a mass religious gathering in Pakistan were all hotspots for spreading Covid-19 infection in early 2020.

In Norway, mosques were quick to shut their doors and take on an important role in efforts to stop the spread of infection by providing information and advice. Through their networks, mosques have reached out to people who were not easily reachable through the authorities’ established channels. Like for other religious leaders, the decision to ask the faithful to stay at home, away from mosques, has been difficult. In times of crisis, religious beliefs and rituals are important to many people. But the situation has demanded the opposite; not to gather, not to stand close together.

The social responsibility of Muslim leaders

Naturally, the pandemic has triggered a huge wave of social engagement among Muslims all over the world

Religious leaders have played a role in fighting coronavirus in many places. While some have promoted conspiracy theories and sown doubts about the true danger of the virus, religious leaders all over the world have contributed to preventing infection, many by putting their religious authority behind official infection-control measures. This is evidence of the social responsibility often taken on by religious leaders. This social responsibility has taken on a new form within the context of the Covid-19 pandemic, but simultaneously it is recognizable, perhaps especially for the enthusiasm with which most Muslims contribute to social initiatives during the month of Ramadan.

In recent months in Norway we have seen a series of initiatives designed to provide assistance through donations of money and food. For many Muslims, the month of fasting is a time of self-denial, for evaluating what one has and sharing it with people who have less. The month of fasting, and the festival of Eid al-Fitr at its end, is a time when many Muslims give a little extra. It is time to pay the annual religious alms, or zakat, comprising 2.5% of one’s total wealth accumulated over the year, which is used to combat poverty and help people to lead more dignified lives.

Naturally, the pandemic has triggered a huge wave of social engagement among Muslims all over the world. We have followed developments in Pakistan, Nigeria and Indonesia, three countries included in our study of Muslim humanitarian actors. All three countries have been hit hard by Covid-19. Numbers of infections and fatalities are rising daily. Societies are locked down, with enormous economic consequences for millions of people who now have no jobs or incomes.

Global cooperation amongst different actors – the private and the public sector, secular and religious – has become more important than ever.

In all three countries, the government restrictions are subject to constant debate. Religious leaders and networks have great political influence, and are very important for social services. An effective response depends on religious leaders and organizations taking on responsibility.Pakistan has seen an enormous number of private initiatives. There is a long-standing and strong charitable tradition in Pakistan, through the distribution of money and food. This time, under lockdown, distributions have been mobilized through WhatsApp and social media.

In Nigeria, many of the country’s Muslim organizations have come together to coordinate local responses such as the distribution of food and other humanitarian items. Nationally, the Nigerian Interreligious Council (NIREC), which consists of Muslims and Christians, has organized a joint prayer initiative, intended partly as an expression of the common challenge presented by the pandemic.In Indonesia, religious leaders want to use Zakat funds to help mitigate the economic downturn caused by the pandemic. The leaders emphasize that this is about concern for one’s fellow humans, where seeing a neighbour starve is not a viable alternative, and they call on neighbourhoods to engage in mutual support.

Covid-19 has affected all of us. We still know little about how the pandemic will change our lives both across different places in the world. But we know already that it will affect some people worse than others, and that the impact will fall disproportionately on the most vulnerable. People who were already the most at risk, with the least access to healthcare and the fewest economic resources, are now those who are being hit hardest.

The coronavirus crisis has shown clearly the importance of everyone contributing, and everyone coming together. Global cooperation amongst different actors – the private and the public sector, secular and religious – has become more important than ever. This is precisely the point made in the UN’s Agenda 2030, which sets out 16 Sustainable Development Goals (SDGs). The global pandemic has lent new relevance to this agenda.

In order to tackle the problems which the pandemic is causing for the world’s poor, the UN wishes to enter into partnership with Muslim actors in aid as well as the Islamic-finance sector. Dealing with the coronavirus pandemic and its complex consequences will require international cooperation and global solutions. How, and to what extent, such new partnerships will function across existing lines of division, remains an important question.

Meanwhile, we send our best wishes for a happy Eid al-Fitr to those of you who are celebrating.