The nation’s frenzied attention on the presidential election comes amid the backdrop of the crucial issues of the COVID-19 pandemic, police violence, racial protest, militia threats, the Supreme Court and active attempts at voter suppression. Supporters of both presidential candidates see the other side’s win as apocalyptic. Our recent research shows that no matter who wins, fundamental aspects of our democracy are under threat. 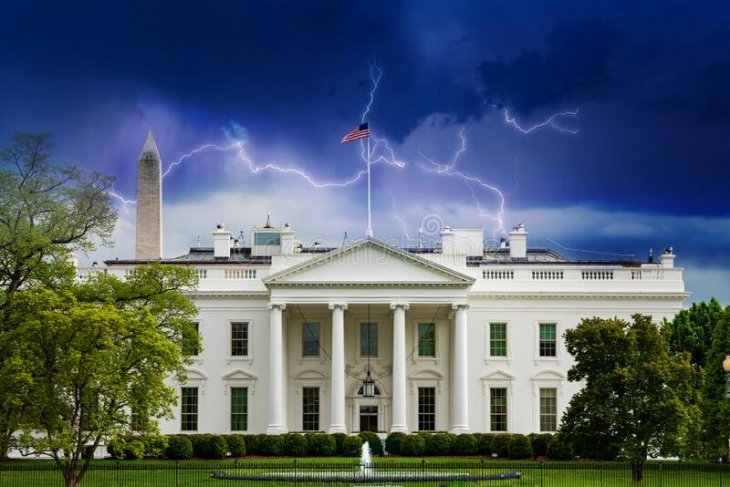 We surveyed 4,000 people in 12 cities (Chicago; Atlanta; New York; Los Angeles; Denver; Dallas; Charlotte, North Carolina; Raleigh, North Carolina; Columbus, Ohio; Portland, Oregon; Fresno, California and Milwaukee, Wisconsin) and asked them to agree or disagree with the statement: “Even though we live in a democracy, a few people will always run things anyway.”

An incredibly large number – 60% to 75% – of respondents believe that only a few individuals always run things. In Charlotte, North Carolina, nearly 80% of the surveyed population supported the statement. Individuals who self-identify as being on the political left are generally more likely to believe that a few are in charge than the right with neutrals generally falling somewhere below both. Within the survey, there were 1,805 respondents on the right, 944 on the left and 933 neutrals.

Our survey reveals that something is fundamentally wrong

It doesn’t stop there. Our survey reveals that something is fundamentally wrong as a large number of respondents perceive a need for minor or major changes in politics, economics and socio-cultural issues. Asked whether they thought things were fine, required minor change or major changes, we see that a significant number say major political reform is needed, though, again, there are large differences between the left and right.

Politically, individuals on the left advocate major changes (around 60%) and neutrals are not far behind (around 43%). In contrast, only about 20% on the right advocate major change. Minor changes are advocated by about 35% to 40% of those surveyed with the right maintaining the highest number (42%), followed by neutrals (around 35%) and then the left (30%). Clearly, the right is most satisfied with the political system as nearly 40% identify politics as being fine whereas only 10% of the left adopt this position and around 18% of those self-identified as neutral.

the Trump presidency may have American democracy teetering on the brink

This leaves us with an interesting and potentially explosive situation: the Trump presidency may have American democracy teetering on the brink.

One disturbing implication of this growing cynicism may be greater openness to alternative ways of selecting leaders in the future. Indeed, our survey reveals that some people are already prepared to scrap democracy altogether. Explicitly asked if they believe that elections and the representative government should be abolished so that the president can decide everything, between 20% and 42% of respondents supported this view in some way. The political right and those identified as politically neutral were most supportive of this idea. Those on the left were generally less supportive of such an option.

Perhaps equally informative are the responses to the idea that “since elections sometimes produce bad results, we should adopt other methods for choosing this country’s leaders.” Most values hover around 10%. What is somewhat disturbing, however, is the variation in responses to this question when viewed by ideological orientation. Those politically identifying as neutral are generally a bit less committed to elections than those affiliated with some side.

If we don’t change course, and the openness to non-democratic alternatives becomes more widespread

GOP court-packing, bitterly partisan politics and the realization that the super-rich are calling the shots have weakened faith in democracy. If we don’t change course, and the openness to non-democratic alternatives becomes more widespread, especially among neutral voters and in key battleground states, we may be living through the end of American democracy.

What could reverse this pattern and lead us toward a more robust democracy? In many ways, the answer is a simple one: restore the faith of the people in the institutions, individuals and ideas involved in government. This would involve a significant amount of transparency with regards to what has and is being done on behalf of the people, soliciting the opinions of as many Americans as possible about what has gone on, what needs to be done and where they want to go, informing individuals about the diversity as well as commonality of opinion, designing a series of political and economic policies that improves the lives of as many Americans as possible, removing the influence of wealth on the policy process and following through on what was promised. This would represent an American political system that is worthy of those residing in the nation.

This text was first published 4 November 2020 in NJ.com‘s Opinion section: ‘Trumpism may have endangered our democracy, poll finds‘.