The Taliban have asserted control over large parts of Afghanistan within the course of a few weeks. The last international troops are departing. US President Biden and NATO Secretary General Stoltenberg have both emphasized the strength of Afghanistan’s security forces.

But, encountering the Taliban, those very forces seem in many places to have evaporated. How could this happen? What are the implications for the emphasis that the US and NATO have placed on military capacity-building writ large? 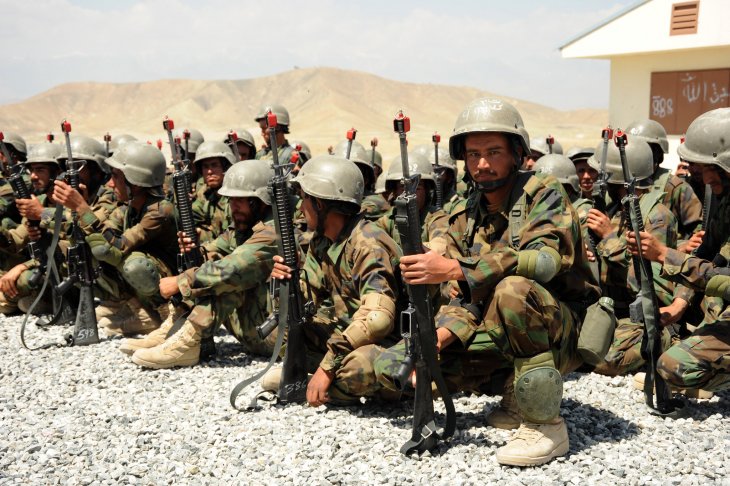 By the end of 2014, the Afghan government had taken full responsibility for security in Afghanistan, and the international military presence was reduced to a fraction of what it had been in the years prior to this. Since then, military capacity-building has been job number one. After President Biden made it clear that he would finish what Trump had started, and pull all soldiers out of Afghanistan within August, the Taliban have expanded the areas under their control dramatically, oftentimes facing little or no resistance.

It took a long time from the US-led intervention in 2001 until there was a concerted emphasis on building Afghan security forces. It was only in the fall of 2009, after Obama had signaled that a military withdrawal was on the horizon, that efforts started in earnest. There had been multiple concerns, not the least that such a poor country could not carry the costs in the longer run, and that the neighboring countries would disapprove of Afghan armament.

The pronounced goal was to build a modern Afghan army, largely based on models developed within the US and NATO. Critics asserted that a complex organization and advanced technology was ill-suited to Afghan realities. Initially, the goal was to build a force where the military plus the police forces totaled some 400,000. The majority of the recruits had only rudimentary education, many were illiterate. Initial training lasted only a few weeks, teaching oftentimes based on excerpts from US training manuals.

The job of an Afghan soldier or police officer is a tough one. Every year, somewhere between one out of a hundred and one out of fifty dies on duty. Many more are injured. Against this background it is not a surprise that attrition rates are also high. Up to 25 percent have left the forces on an annual basis, some of those have deserted. Hence, it has become quite a challenge both to further strengthen the professional performance of the forces and to uphold recruitment.

President Biden, in a press briefing on 8 June this year, asserted that ‘the Afghan troops have 300,000 well-equipped — as well-equipped as any army in the world — and an air force against something like 75,000 Taliban’. He did not mention the well-known ghost soldier phenomenon, with names of soldiers that exist only on paper, but not in real life.

The culture of corruption, stimulated by large international support, cuts through everything. Not only are there false lists of soldiers. Corruption also directly undermines the motivation of the individual soldiers, whose lives are on the line, but who lack ammunition and food because those higher up in the system have pocketed the money and invested in posh properties in Kabul, Doha or London.

By extension, loyalty is also affected. Corruption is one problem, the conflicts within the national leadership is another. Just in the course of the two last months, the Chief of Defence has been replaced twice. President Ghani has used military forces to marginalize powerful warlords in various parts of the country, but has failed to replace those with an effective government presence, and has in effect created a vacuum which the Taliban have exploited.

Ever since February last year, when the US and the Taliban signed a deal which entailed international military withdrawal, many have tried to convince the President to regroup and focus his security forces around cities and main arteries of transport. The decision to do so, however, came only at a time when much had been lost to the Taliban. Having first secured control over most of the country’s districts, the Taliban turned their attention to key cities, quickly gaining control over many of them.

There is not one single reason behind this. In many places where the Taliban were already in control, all it took was to get the handful of remaining government representatives to step down. In other places there was harsh fighting, with many casualties on both sides.

But in many places the government forces simply laid down their arms, either because the Taliban promised safe passage, because they sorely needed reinforcements that never appeared, or because the soldiers saw their own defeat as imminent and wanted to save their lives.

Once this melt-down of the security forces was underway, it was hard to halt it. Rumors about the Taliban’s advances traveled fast. So did rumors that the defense forces elsewhere fell apart. The military pressure of the Taliban is just one part of this; at least as important is the lost confidence of fighters in their own government, as well as the political negotiation that the Taliban pursued at the local level.

In the midst of chaos, people also switch from one side to the other. Equipment and competence acquired with foreign support ends up in the hands of the Taliban. We tend to easily speak of the war as if it is black against white forces – the Taliban against the government – but in reality there are large zones of gray. Within the government forces, there are people who sympathize with the Taliban, there are people who see stability as more important than the question of who is in power, and there are many who are willing to compromise just to survive. Hence, the relative strength of the two parties reflects who it is that at any given time has had the most success in attracting warriors to their side.

No dearth of warnings

Despite all the optimistic assessments of the Afghan government’s military strength, there has been no dearth of warnings. The US Special Inspector General for Afghanistan Reconstruction (SIGAR) has been particularly clear. The regular SIGAR reports have documented the fundamental weaknesses, ranging from the blown-up personnel figures to competence deficits and reliance on international expertise. The warnings have not been heeded.

Over the last decade, military capacity-building has become the main instrument that the US and its allies use to fight international terror and to prevent the collapse of states riven by conflict. We see it in Iraq, Mali, Mozambique, Syria and elsewhere. What has happened in Afghanistan draws attention to the inherent weaknesses of this approach, and cries for a thorough reassessment.

In late 1972 I stood on the tarmac of the nearly-abandoned American airbase at Danang, Vietnam. It crossed my mind that S. Vietnam would never be able to fill this base with the airpower it once held. Our Vietnamese allies had some squadrons of warplanes, but really lacked pilots and maintenance abilities to maximize the combat role of the equipment they did possess. Worse yet, the S. Viet army was almost all garrison soldiers, manning small outposts in every hamlet and village or maybe a crossroad. This was a legacy of anti-guerrilla strategy and disastrously unsuitable for stopping major motorized blitzkriegs. Our former allies did not have the fast fleets of helicopters once available to quickly put a sizable reaction force in front of an enemy motorized advance. This same strategic mistake has repeated itself in Afghanistan. If you were a soldier in an outpost along the highway to a major Afghan city with several hundred or even one or two thousand comrades to man your strongpoint, what are you going to do if a column of cars, trucks of all kinds, motorcycles, and buses comes down the road at you with 10,000 to 15,000 bloodthirsty Taliban on board. You have no air support, because the Taliban have already assassinated many loyal Afghan pilots the week the advance began. No help can come from Bagram airbase because the Americans abandoned that powerful airbase leaving it to be looted. No American help will come from the skies. What really bothers me about all this? Why don’t we have ANYONE at the Pentagon who can comprehend simple and obvious strategic realities like this. After long, costly wars in two countries in which we achieved stalemates through use of our dominant air superiority, we jerk that away, replace it with nothing, and expect anything but the worst consequences? Is everybody above the rank of O-4 in our military really that stupid anymore? Obviously, if there are exceptions, they do not speak up when dunce politicians start decreeing fabulist scenarios about outcomes.