As world leaders convened in Glasgow for the 26th annual Conference of Parties (COP 26) in hopes of accelerating action on the Paris Agreement and United Nations Framework Convention on Climate Change (UNFCCC), the correlation between climate change and conflict is receiving more attention. 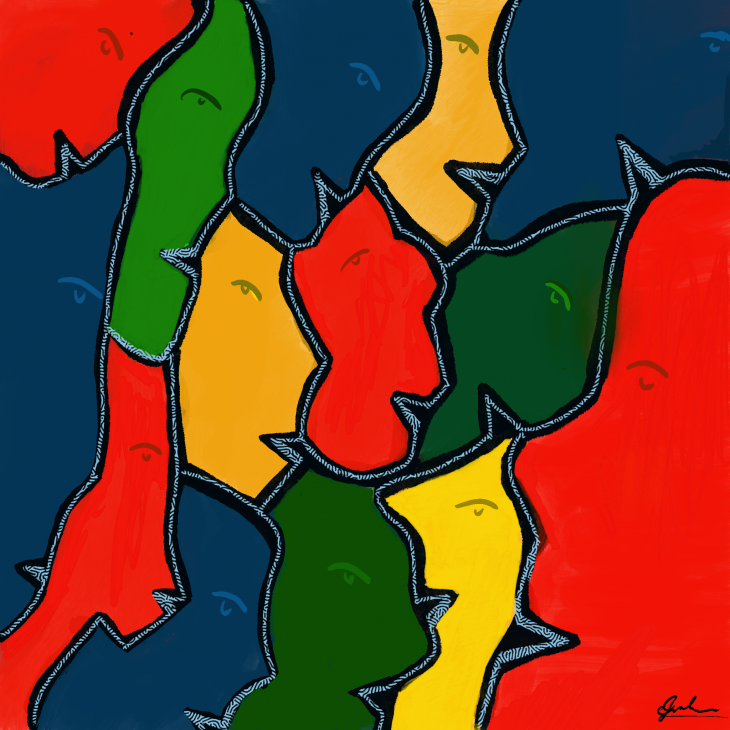 In recent years, there has been an outpouring of evidence that climate change is intensifying and driving conflict situations around the world. The socio-ecological consequences of climate change places additional pressures on urban and rural communities that are already resource strapped and politically volatile. Many conflict hotspots are therefore increasingly being recognized as climate hotspots, and vice versa.

For groups that were already in disputes over land rights, territorial claims, and resource access or distribution, climate change increases the stakes – escalating or rehashing conflicts. Longstanding farmer-herder disputes, for example, have been on the rise in northern Nigeria as  water shortages drive nomadic pastoralists closer south into neighboring territory in search of greener grazing pastures for their livestock. Meanwhile there are more reports of violent clashes over the little water remaining in Lake Chad, which is drying up due to extreme heat and low precipitation in the region. The loss of surface water has placed significant social and economic strain on the over 30 million people who depended on the lake for food and livelihood, and potentially fueling recruitment of unemployed youth by extremist groups.

More international conflicts could also emerge from the climate crisis. One of the earlier focal points for understanding the climate-conflict nexus was the conflict in Syria. Recent empirical studies show that long dry conditions associated with climate change precipitated violence, initiated by both government and rebel groups in later years of the country’s civil war. A report published by the Stockholm International Peace Research Institute (SIPRI) also noted rising tensions between India and Bangladesh, following floods washing away river islands known as “chars,” which are a source of maritime boundary dispute between the neighboring countries.

Furthermore, the refugee crisis in Southeast Asia is being aggravated by extreme weather events linked to climate change. For decades Rohingya people have experienced religious and ethnic persecution in Myanmar, causing thousands to seek refuge in neighboring countries, including Pakistan, Bangladesh and Malaysia. Many of them, settling at the outskirts and borderlands of these receiving countries.

The United Nations High Commissioner for Refugees (UNHCR) reports that over 850,000 Rohingya people have settled in Bangladesh’s Cox Bazar region, which now has the largest refugee camp in the world. Increasingly active monsoon seasons for the last couple of years have severely impacted these refugee camps, flooding and destroying shelters, causing further displacement. In response, the Bangladesh government relocated thousands of Rohingya refugees to Bhasan Char, one of the remote low-lying river islands in the Bay of Bengal, which is also vulnerable to climate change. Climate displacement and Bangladesh’s subsequent controversial resettlement of the Rohingya refugee population on these remote islands have only stirred more disagreements between neighboring countries in the region.

These intensifying climate-provoked conflict situations, underscore the urgent need for approaches to conflict resolution that recognizes the connections between the natural environment, economic security, and social and political stability. Military and social responses alone in resolving conflict or preserving peace are futile without considering the climate-conflict nexus. Resolutions, no matter how peace-building they seem, will not adequately address loss of life or guarantee democratic stability in geographies that are severe climate change hotspots. And climate solutions, no matter how sustainable they appear, are at greater risk of being compromised in conflict zones – making the case for more conflict-sensitive adaptation strategies.

As a holistic approach to climate adaptation, climate resilience offers a valuable conceptual and analytical framework for responding to the structural vulnerabilities that place people, landscapes and countries at high or disproportional risks to climate change. Climate resilience is the capacity for a socio-ecological system to adapt, reorganize, and evolve  into  more  desirable configurations that improve the present and future sustainability of the system. Climate resilience-building calls on stakeholders to pay closer attention to the implications of pre-existing  structural vulnerabilities, including political conflict, governance inadequacies and level of development.

In developing countries and in conflict zones found around the world, public finance for human and technical resources to implement, and scale-up climate resilience projects are often limited or unavailable due to corrupt forces. Over the years, a key feature of relatively successful conflict resolution and climate resilience-building programs in these geographies has been resource pooling and policy-action coalitions among civil society groups, local community members, business leaders, international organizations and NGOs. Multi-stakeholder partnerships are therefore crucial in how climate resilience is approached, implemented, or deployed.

By intuitively calling upon multiple actors, some climate resilience-building projects implemented in conflict zones have brought parties to conflict into dialogue with each other. For instance, more recent dispute resolution programs between farmers and herders across Africa’s Sahel and neighboring regions are attempting to create a peace architecture that facilitates resource sharing and regular dialogue between the two groups. Conflict mediation, if effectively amplified in climate resilience-building projects, promotes resource sharing, minimizes trade-offs, and compels cross-community buy-in that in the long-term not only builds climate resilience but also builds peace in geographies at the carrefour of conflict and climate change.

Christopher Graham (PhD Global Governance and Human Security) is a Research Fellow at the Center for Peace, Democracy and Development at the University of Massachusetts, Boston.
* Twitter: @CGrahamNow  * Email: Christopher.Graham@umb.edu