Russia’s aggression against Ukraine has energized the North Atlantic Alliance in every possible way, reviving its purpose and unity, and granting it new attractiveness in Europe and greater prominence in the Indo-Pacific.

The prospect of Finland and Sweden joining the 30 member-states was hypothetical last autumn, when Moscow issued the ultimatum demanding that NATO curtail its activities in Eastern Europe; it became realistic as public opinion in both countries reacted to the onset of a major war in the middle of the continent, and has become practical as the two governments finalize the accession applications to be submitted this week. 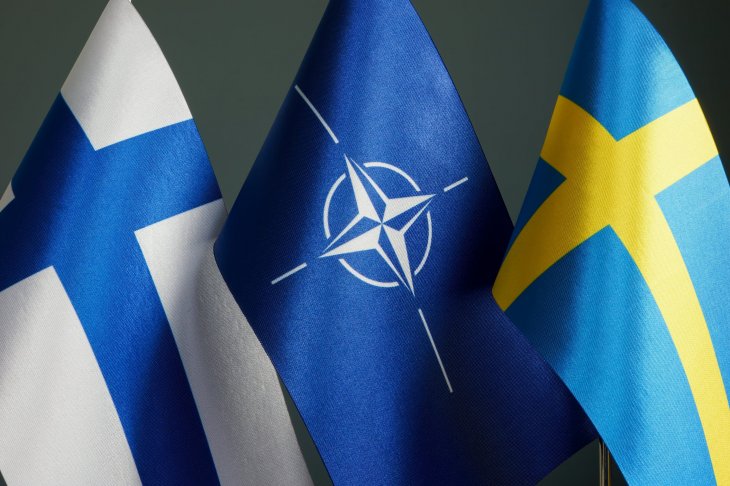 President Vladimir Putin reflected on his failed posturing in the May 9 speech addressing the military parade on the Red Square, and last Friday he put the issue of NATO expansion on the agenda of the virtual session of his Security Council (Izvestiya, May 13).

The urge to deliver a strong response to the new enlargement, which is perceived and described as a direct threat to Russia’s security, is irresistible, but the capacity for producing it is undercut by the setbacks in the ill-planned war (Kommersant, May 12).

The export of electricity to Finland is stopped, but the impact of this sanction is rather miniscule, and Finnish President Sauli Niinistö didn’t even mention it when calling Putin last Saturday and explaining the decision (RBC.ru, May 13).

Commentators lament that the peaceful Baltic Sea turns into a “NATO lake”, but Russia cannot counter this shift by strengthening its Baltic Fleet (Russian International Affairs Council, May 13). Naval shipbuilding is severely affected by Western sanctions, and it is the Black Sea Fleet that badly needs reinforcements, as its flagship cruiser Moskva is sunk and several combat ships are hit by Ukrainian missiles near the Snake island (Svoboda.org, May 13). Russian officials keep referring to “military-technical measures”, and one way to make this hint meaningful is to deploy non-strategic nuclear warheads to Kaliningrad, but such a move would hardly make this isolated exclave any safer (Forbes.ru, May 12).

What Putin needs is an asymmetric response that would have a double impact, deterring also the US and European intentions to supply heavy weapons to Ukraine, which might then launch a large-scale counter-offensive operation (Nezavisimaya gazeta, May 11).

The easiest way to score such a geopolitical coup might be to execute the plan for including the Donetsk and Luhansk quasi-republics into the Russian Federation, so that Ukrainian resistance against invasion into its territory can be construed as an attack on Russia and its “historic lands”, mentioned by Putin in the May 9 speech (Moscow times, May 9). Sergei Naryshkin, director of the Foreign Intelligence Service, mumbled about such a plan at the televised meeting of the Security Council on the eve of the intervention, and more recently he speculated about Polish intentions to restore control over its old possessions in Western Ukraine (Kommersant, February 21; RIA-Novosti, April 29). A follow-up move could be an annexation of the Kherson region, which constitutes a land corridor between the Donbass and Crimea (Svoboda.org, May 12).

One serious problem with this plan is the situation on the battlegrounds, as the Luhansk region is nearly completely occupied by the Russian forces, but a half of the Donetsk region is “liberated” (EDM, May 11). The battered retreat from the outskirts of Kharkiv makes little difference for this pitched battle, but the hard blow at the Siversky Donets river-crossing last week has derailed the long-planned Russian offensive (Graniru.org, May 13).

Control over the Kherson region is increasingly tenuous as the offensive push toward Mykolaiv and Odesa lost momentum and turned into a slow retreat, leaving the grouping of troops on the western side of River Dnieper undersupplied and demoralized (Kommersant, May 11). The Kremlin counts on some more territorial gains in Donbass, secured by the unstoppable drive of its military machine, but this timing may turn out to be entirely off as the envisaged annexation may be cancelled by a surprise breakthrough achieved by emboldened and rearmed Ukrainian brigades (Nezavisimaya gazeta, May 11).

A rehearsal for the land grab in Eastern Ukraine is planned by Moscow in South Ossetia, where a “referendum” on joining Russia is scheduled for mid-July, but two months is a long time even for the currently slow-moving war (Rosbalt.ru, May 11).

The mood among the Russian elites

It is not only the morale of Russian troops that is sinking with every Ukrainian counter-attack, it is also the mood among the Russian elites, who show much less enthusiasm about the unequal and costly confrontation with the West than the propaganda trumpets (Riddle, May 13). Only a few of Putin’s courtiers, such as former prime minister Dmitri Medvedev, are actively asserting their “patriotic” credentials, while many others, including Prime Minister Mikhail Mishustin and even Putin’s long-time confidant Igor Sechin, CEO of Rosneft, prefer to keep a low profile (Republic.ru, May 10).

The grumbles among the oligarchs, who now have to park their yachts and purchase real estate in Turkey, can be ignored by the Kremlin, but the disgruntlement among the top brass must be a major worry (Forbes.ru, May 11). Ukrainian sources speculate about a dishonorable dismissal of General Valery Gerasimov, Chief of the General Staff, who was absent from the May 9 parade (Gordonua.com, May 12). Putin might not dare to execute such a radical purge, but the fact that Defense Minister Sergei Shoigu answered the phone call from US Defense Secretary Lloyd Austin could be significant (RIA-Novosti, May 13).

The clear-cut decision of Finland and Sweden to join NATO signifies both the failure of Putin’s foreign policy aimed at sowing and exploiting discord in the West, and the fiasco of his attack on Ukraine, where the mighty Russian military machine is hopelessly stuck. Putin needs to alter the losing course of the contestation, but he refrained from declaring war on Ukraine at the Victory Day parade, perhaps assuming that, for the Russian society, mobilization for an invasion could feel wrong.

Annexation of Donbass and Kherson might be seen as a way of transforming the notorious “special operation” into a war of just cause, defending Russian territory with all available military means. However, this geopolitical trick can hardly succeed, and not only because of international condemnation, but also because propaganda can induce only fake enthusiasm among the Russians for such “enlargement”. The elites may be far detached from the populace, and the top brass from the soldiers, but the disunited country is gradually reckoning with the need to bring the bad war to an end.

In reality, though, how horrific things get mostly depends on decisions taken in the Kremlin. Moscow faces not only the sanctions and NATO troop build-ups that Western powers will now undertake, but also prospectively fierce Ukrainian resistance that it seems to have discounted, potentially immense costs to its global repute and the need to convince its public that this war on a neighbouring country in which many Russian citizens have relatives and friends is truly crucial to national security. Seemingly isolated, angry and set on his dangerous path, President Putin may be beyond reaching. Pivoting to the pursuit of a negotiated settlement could still lead to real reductions of forces in Europe and would do much more for Russian security than war in Ukraine. For now, though, that appears a distant hope. Those who oppose Moscow s aggression need to raise the costs to Russia and prepare for what could be a long and difficult struggle.