To a Tokyo audience of Japanese peace practitioners, academics, journalists and diplomats, I recently chose to address the Japanese as East Asians. I had three important messages to convey:

You East Asians have a Peace to Defend

… and you Japanese can be proud of your historical role in making that peace happen. 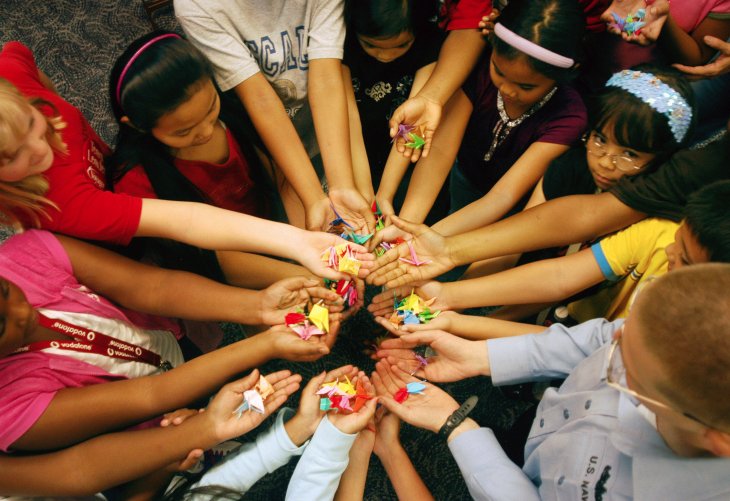 For 140 years, from the First Opium War in 1839 to the Sino-Vietnamese War in 1979, East Asia did not experience one single decade without a serious war somewhere: terrible civil wars, colonial wars, wars between states, not least between Japan and China, and wars of American intervention. East Asia was the main battlefield in the global Cold War. During 1946–79, 80 per cent of all battle deaths worldwide happened in East Asia, notably in Vietnam, Korea and China.

Then something important happened. East Asian states stopped fighting against each other, and the great powers ceased to support rebel groups in other countries’ sphere of influence. In the 1980s, East Asia’s share of global battle deaths dropped from 80 to 6.2 per cent. The low intensity war in Cambodia was responsible for much of the remaining fighting. Then, in 1991, came the Paris agreement on Cambodia, which brought peace to the whole of Indochina and allowed the three Indochinese states Vietnam, Cambodia and Laos to normalize their relations with both China and the USA and become members of ASEAN. Since 1991 East Asia’s share of global battledeaths has been a mere 1.7 per cent.

How could this happen? I call it a developmental peace.

One nation after another decided at a critical point in its history to change national priority, and make economic development its overriding goal.

Other countries saw how successful the Japanese policy was. They learned from Japan. They emulated Japan.

The pioneer in East Asia’s developmental peace was Japan, who in 1945, in the words of the American scholar John Dower, “embraced defeat”, did not seek revenge against its enemies, adopted its famous Article 9, and set economic reconstruction and growth as its main aim. Japan thus also avoided to send troops to any of the US wars in the region. Other countries saw how successful the Japanese policy was. They learned from Japan. They emulated Japan.

A momentous moment in the history of the East Asian Peace was Deng Xiaopings visit to Japan in December 1978, when he praised Japan, said he thought there could be eternal peace in the region, and sought Japanese aid, investments and technology transfer.

The Sino-Japanese economic cooperation[…] and triangular trade between them and the USA, has […] been the key driver of global economic growth.

The Sino-Japanese economic cooperation since then, and triangular trade between them and the USA, has since been the key driver of global economic growth.

When the Cold War ended in the 1980s, Vietnam, Laos and Cambodia also became part of East Asia’a developmental peace. All the countries learned from Japan. All benefited from Japanese aid and investments. And all benefited from the fact that Japan had its Article 9, so there was no risk of a return to militarism.

The regional peace has allowed you East Asians, who are almost 1/3 of mankind, to experience a tremendous improvement in your living conditions, with increased life expectancies in every single country in the region. I Cambodia, the average life expectancy at birth was 33 years in 1981. Today it is 68. A whole new generation has grown up in the region with no experience of direct warfare.

So, you have something to defend.

The East Asian Peace is at Risk

You may actually lose it. 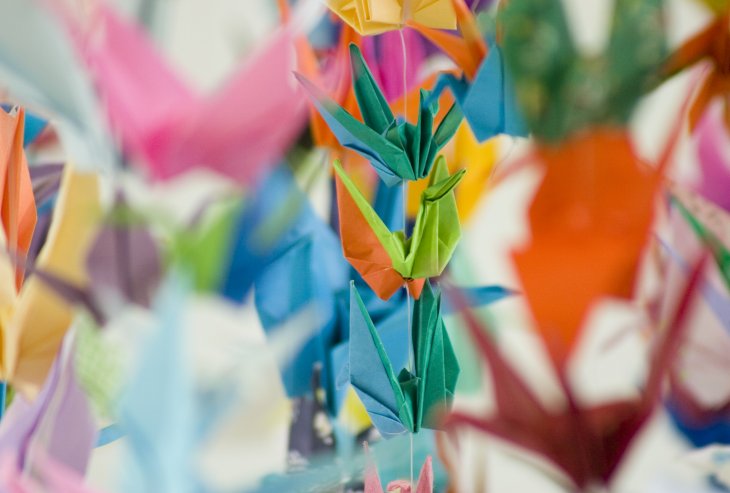 Colours of Peace. Japanese children all over the country create these little crane birds of paper in memory of Sadako Sasaki, a Japanese girl who was effected by the American atomic bomb dropped on Hiroshima. Sadako and the paper crane birds became a symbol for world peace in Japan after her death in 1955. Photo: Dominic Alves

The latter point is the most important one, since the East Asian Peace has relied on friendly relations between most East Asian states and the USA.

This does not just include the US allies in the region, who find comfort in being shielded by an American nuclear umbrella. China, Vietnam, Cambodia and Laos also entered their age of peace when they normalized relations with the USA and got access to the US market.

The Trump administration’s apparent protectionism and militarism are therefore deeply worrisome. At present we cannot know what the US foreign policy is going to be.

We face great uncertainty as far as US foreign policy is concerned. Let me present you with four scenarios for how Trump’s foreign policy may develop:

1. Trump becomes a new Reagan, one of the least qualified and luckiest presidents the US has had

In the first scenario, Trump becomes a new Ronald Reagan, one of the least qualified and luckiest presidents the United States has had. He attacked only small states militarily, made good bargains with the Soviet leader Mikael Gorbachev, and presided over the end of the Cold War. Trump sees himself as a dealer. If he could get a good bargain with Xi Jinping – or even Kim Jong Un – a deal he could sell to his voters as a victory, then he would not need either any trade war or real war in order to gain popularity and be reelected in 2020. In order to believe in this scenario, you have to be very optimistic.

In the second scenario, the internal chaos we now see in Washington just continues, with internal infighting in the White House, a President with multiple conflicts of interest, the quarrels over the Russian hacking scandal, a Department of State without any senior leadership, and the President being unable to get his way in Congress although it has a solid Republican majority,and with presidential orders being challenged by the judiciary.

2. The US will simply cease to play a constructive role […] and global policy will be for others to decide

This could prevent the United States from having any foreign policy. The United States will simply cease to play a constructive role in international affairs, and global policy will be for others to decide. The political crisis in the United States could get so deep that Trump were impeached, and vice president Pence would have to take over. This is a very sad scenario, above all for the United States itself, but it does not seem unlikely, given what we have seen unfold over the last two months.

3. Trump may be tamed

Third, Trump may be tamed. His most sensible advisers persuade him to stop twittering, to let the bureaucracy present him with various policy options before he decides on a matter, and a more stable bureaucracy is allowed to develop in the White House with routines for how to make decisions, and make them consistent with the US overall policy.

We have already seen how the Secretaries of State and Defence, and the US ambassador to the UN have reconfirmed traditional US policies in ways that seemingly contradict statements made by the President, without being disavowed or contradicted. Trump is a tremendous test case for a political system’s ability to tame, socialize or streamline an unconventional, erratic boss.

Under normal circumstances I would consider this scenario quite likely, but Trump is very headstrong. A tamed Trump is the last thing he would want personally, and a tamed Trump would not win the 2020 elections.

4. Trump may unleash new wars, and it could well happen in East Asia

Fourth, Trump may unleash new wars, and it could well happen here in East Asia, breaking the East Asian Peace. Unfortunately, I cannot say that this is the least likely scenario.

He wants the US to begin winning its wars.

So, I am sorry. A challenge for you East Asians is to meet the new uncertainties in world affairs in ways that may preserve the East Asian Peace.

Svein Tønneson is a Research Professor and former Director of PRIO. He Has a new book out, called:  “Explaining the East Asian Peace“. Photo: PRIO / Julie Lunde Lillesæter

An uncertain world is also a world with opportunities, not least here in East Asia, which is now the world’s main economic region.

This may be the time for you to take new peaceful regional initiatives with the aim of developing frameworks for a comprehensive regional security, so East Asia can become a security community where war is not just avoided, but where there is also no fear of war.

Don’t let fear of China’s rise let you revise your Article 9, which played such a historical role in paving the way for the East Asian Peace.

Tell the East Asian Peace story to the young generations so they can gather behind a regional green growth policy, a policy that combines economic development and poverty eradication with radical measures to prevent climate change and overcome local pollution, not least in China.

And seek creative, peaceful ways to manage the most dangerous disputes in the region, in the South China Sea, East China Sea, over the status of Taiwan and above all in the Korean peninsula.

Engage with the Philippines, Thailand and Myanmar so they can overcome their internal armed conflicts. Prepare the terrain for contributing to a resumption of South Korea’s Sunshine Policy under its next President and do all you can to enhance the possibility of a deal between Trump and Kim Jong Un, one that freezes the North Korean nuclear program at the prize of a US security guarantee.

Set it as a prioritised regional goal to preserve East Asia’s Developmental Peace!