I represented the NECORE project at a one-day seminar held in February, entitled “Collective Memories after National Traumas: 22 July in an International Perspective”. The seminar was highly relevant to the themes explored by NECORE, and among the most important points raised during the seminar was that of a national story. 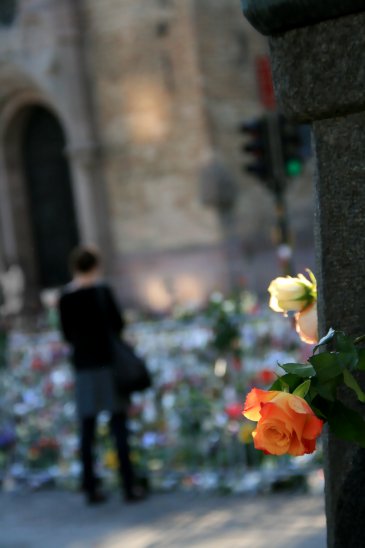 Does a national narrative about the 22 July atrocities exist? And if so, are we telling one single story, or many different ones? Who enjoys the privilege of telling it?

Perhaps more importantly, a theme discussed at the seminar was whether or not we need such a narrative.

Arguably, it is easier to create a consistent story when talking about internal enemies and external enemies. However, bringing forth one singular narrative also means excluding others, and puts us at risk of erasing important nuances – if not upscaling or downscaling established historical facts.

What happens when a court’s ruling is contradictory to the historian’s account of a given event?

If we consider legal statements also to be historical descriptions, the legal job of allocating and deciding guilt is often expanded to “psychologization”, potentially making the story of what happened less complex than it was, maybe even removing aspects of guilt. This can have a large impact on our collective memory after a national trauma, not least because judicial archives used as historical sources dictate what was in fact important, who were the perpetrators, and who were the victims. Furthermore, the effect of media coverage from the courts can oftentimes be personal re-traumatization, and a sense of loss of ownership to the individual’s experience.This leads to a second point highlighted by one panelist: the role of courts and judicial decisions in the writing of history. What happens when a court’s ruling is contradictory to the historian’s account of a given event?

Finally, a new generation is coming of age that does not itself remember 22 July. How the story of what happened is taught in schools is a challenge facing teachers and historians writing the curriculum. Where one could say that history is often a “perpetrator-centric” field, a balance must be found between that on the one hand and making the victims’ voices heard on the other. It will also be important to tell the story without anyone claiming the singular authority to do so. History is multifaceted, and we need, perhaps now more than ever, to find a way to teach it without separating too strictly between ‘us’ and ‘them’.