This summer we have had the opportunity to read about the campaign to ‘decolonize academia’: the call to improve the representation of non-Western voices in the curricula of Norwegian educational institutions. 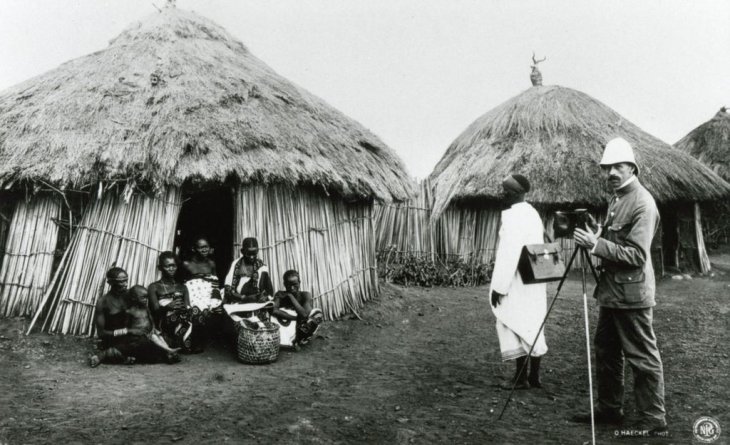 The supporters of this campaign justify it on the basis that it will challenge ways of thinking in the sciences and humanities that were formed during the colonial era. The motives behind the campaign are good. An academy consisting of researchers from diverse backgrounds will help boost the competition between ideas that is crucial for scholarly progress.

It is therefore sad to see the campaign now running down a blind alley, by promoting a radical form of epistemic relativism: an attack on scientific objectivity in the guise of advocacy on behalf of marginalized groups.

This can be seen in an article published on 28 July in the Norwegian newspaper Klassekampen, where Ida Roland Birkvad claims that Jens Saugestad’s view of scholarship as a quest for objective truth is “provincial”, and based on a “white, male, Western logic”. You have to be pretty ensconced in a postmodern humanities bubble to label the idea of scholarship as a quest for objective truth – a version of “scientific realism” in academic parlance – as provincial: in fact, it is a completely mainstream strand of philosophy of science. Different varieties of scientific realism also have widespread support among researchers in almost all disciplines – both in the social sciences and the natural sciences.

The false accusation of academic provincialism is however less ill-judged than the claim that scientific realism is something to be associated with white, Western maleness. This latter claim would certainly come as new – and no doubt, rather provocative – information to thousands of African, Asian and Latin American women scientists, physicians, physicists, sociologists, economists, geologists and political scientists – as it would to the large majority of those researchers and students from the Global South who have not studied post-colonial theory at the educational institutions of the Western middle class.

In addition to constructing scientific objectivity as something white, Western and masculine, the campaign’s Norwegian initiators (Cindy Horst and Ida Roland Birkvad) claim in an article in Aftenposten (translated into English here) that modern scholarship, as it is practised at Western research institutions, continues to be influenced by ways of thinking dating from the colonial era. They state that much of the field of development studies is founded on the idea that the Global South is ‘backward’, although they do not give any concrete examples to back up their claim.

If the authors are correct, these “colonial” ideas should dominate the least ‘decolonized’ parts of development studies, such as, for example, mainstream research in development economics that adheres to the principles of scientific realism. Does such research neglect the atrocities of the colonial era, and represent people in the Global South as ‘backward’? On the contrary, the leading scholars in this field (mainly Western men), such as Nathan Nunn, or Daron Acemoglu and Jim Robinson, have built their careers precisely on systematically documenting the catastrophic consequences of the colonial powers’ conquests. They are also highly critical of theories that seek to explain poverty, for example, on the basis that some cultures are ‘backward’. And so, when Birkvad and Horst talk about the colonial era’s ‘systematic exploitation of resources’, they find solid support in mainstream, i.e. ‘colonized’, development economics.

The campaign to decolonize academia is correct in stating that our backgrounds shape the ways we think: our powers of rationality are fallible; we take cognitive short-cuts; and we have blindspots that often drive us towards conclusions that serve our own or our group’s interests. However, scholarship that strives for objectivity is precisely an attempt to reduce the effect of these cognitive vulnerabilities on research. Although scholarship founded on objective principles produces results that are far from perfect, it is preferable to the relativism asserted by the decolonization campaign.

When those who want to decolonize academia claim that scholarship’s pursuit of – and efforts towards – objectivity reflects a ‘perspective’ that should be granted equal status with all others, this eliminates the only framework that enables genuine representation of, and dialogue between, researchers from different backgrounds. This will lead to research becoming fragmented along the lines of identity politics, where principles such as objectivity, neutrality and rationality are viewed as ‘Western’ constructs, while arguments advanced by researchers from the Global South will be evaluated only in the light of identity politics. This involves pulling an epistemological straitjacket over the heads of female and non-Western researchers, stating “this is your female perspective” and “this is your Global South perspective”.

In this relativistic version of academic decolonization, there are no guardrails against a destructive fragmentation of disciplines along ethnic and cultural divides. In this scheme, evidence-based medicine can be branded as ‘Western’, and pseudo-scientific varieties of alternative medicine will be granted equal status, as long as they can claim a cultural label (‘Sámi medicine’, ‘Indian medicine’ etc.). This will not bring about the democratization of research that we researchers – in both the North and South – should hope for. We should say yes to more diversity in academia, but not on the premises of relativism.

Your last paragraph dilutes the quality of the article badly. You need to differentiate between natural science and social science.

Decoloniality is a relational way of seeing the world, with regard to the relationship between privilege and oppression, that strives to decenter Western rationality as the only legitimized framework for analysis and thought; this is performed by opening up discourse to perspectives and positionalities of non-Western traditions, particularly those belonging to subaltern or oppressed groups, as well (Mignolo, 2018, Kindle Locations 450-457). Decoloniality is against is the privileging of Western epistemes above all others, and it calls for the decentering of it in academic spaces by pointing out that it is one more episteme amongst many others in the world. Decolonialists contend that knowledge, like capitalism, no longer comes from one center; but rather, it is geopolitically distributed across multiple centers(a concept referred to as ‘the geopolitics of knowledge’).

Decolonialism is not postmodernity, in that the former is still under the umbrella of Western Epistemology. However, postmodern theorists, like Foucault have been influential in advancing the anti-Enlightenment scholarship by problematizing modern forms of knowledge, rationality, social institutions, and subjectivity that seems like a given and natural but which are in fact are contingent sociohistorical constructs of power and domination. Decoloniality advances similar arguments but specifically situates that process in constructs of power and domination tied to the colonial matrix of power also referred to as coloniality.

Your argument seems to center around the idea that epistemic relativism disrupts the connection between cognitive inquiry and truth. For instance “if the epistemic relativist is right, then there may be a pair of people whose systems of reasoning are very different from one another, though each system is optimal for the person using it. We can expect that on being exposed to essentially the same data these people will sometimes end up with very different sets of beliefs” (Stich,1998). Further, this points out the fact that “good cognition does not always lead to true beliefs . . . good reasoning does not guarantee truth.

Scientific realism is tied to Western Epistemology, particularly Enlightenment, Liberalism, and Modernity. For instance “let us call the relevant, overall sets of scientific beliefs ‘theories’; different, conflicting theories are consistent with the data; the data exhaust the evidence for belief; therefore, there is no evidential reason to believe one of these theories as opposed to another. Given that the theories differ precisely in what they say about the unobservable (their observable consequences—the data—are all shared), a challenge to realism emerges: the choice of which theory to believe is underdetermined by the data”(As cited by Chakravartty, 2017) Additionally, other considerations particularly explanatory considerations, play an evidential role in scientific inference and thus, “even if one were to grant the idea that all theories have empirically equivalent rivals arguing for the explanatory superiority of one, in particular, may determine a choice (Laudan 1990; Day & Botterill 2008)” (As cited by Chakravartty, 2017). The explanatory superiority of one argument over another is tied to choice, beliefs, and for Decolonialist’s the colonial matrix of power. It from this line of reasoning many have decolonialists have called scientific realism into question due to its privileging or deprivileging of certain arguments, views, or beliefs based on there proximity to Whiteness, Western-ness, and maleness. There are valid concerns about the marginalization of points-of-view based on gender, ethnicity, race, socioeconomic status, and political status. Scientific realism is thought to be tied to power.

Examples of where scientific realism went wrong based on the privileging of certain voices or lines of the arguments can easily be seen in the example of scientific racism rooted in Enlightenment thought and the eugenics movement. The positioning of scientific realism as objective truth above all others is reproducing coloniality.

Colonial discourse was used to justify the West’s hegemony over other societies, legitimize its control of other territories, and provide an explanation for its subjugation of peoples and all this in service to the development project (Caouette, 2016, p. 2). The colonial project transformed into the development practice and later still, came to shape globalization – all three embodying the Enlightenment ideals of modernity and scientific rationalism (Caouette, 2016, p. 3). Modernity and coloniality are constitutive of one another; along with the imagined ideals attached to modernity on one side, on the other side is coloniality—the logic of subjugation and oppression.

The positioning of the Global South as ‘backward’ has been studied extensively and some thinkers to check out include: Immanuel Wallerstein, Frantz Fanon, Maria Lugones, Nelson Maldonado-Torres, Walter Mignolo, Edward Said, and Gayatri Spivak and so on. For specific articles exploring how voices from the Global South are deprivileged and excluded from Development Studies scholarship, I recommend “Representation of Academics from Developing Countries as Authors and Editorial Board Members in Scientific Journals: Does this Matter to the Field of Development Studies?” by Sarah Cummings and Paul Hoebink.

The idea that the main scholars in the field of decolonial scholarship are Western men is not so. I would direct your attention to some of its prolific thinkers: such as Frantz Fannon, Walter Mignolo, Aníbal Quijano, Edward Said, Gurminder K Bhambra, María Lugones, Gayatri C. Spivak, and Homi K. Bhabha.

Global social justice is impossible without global cognitive justice and decolonizing academic spaces is about putting an end to the privileging of Western epistemes above all other. By claiming Western epistemology as a universality, pretending that it was formed independently of geohistorical (European and later the US) and biographical (White, male, scholars) conditions in which it is produced, is to thus center the West as the locus of epistemic enunciation and the rest of the world’s epistemes as periphery is linked to historical and politically-driven colonial project. Your positioning of Western epistemology as objective, neutral, rational, and ‘decultured’ and all non-Western epistemologies as tied to ‘identity politics’ is a hegemonic act tied to the colonial project and not liberating.

Stich, S.(1998). Is epistemic relativism problematic?. In Epistemic Relativism. In The Routledge Encyclopedia of Philosophy. Taylor and Francis. Retrieved 11 Aug. 2018, from https://www.rep.routledge.com/articles/thematic/epistemic-relativism/v-1/sections/is-epistemic-relativism-problematic. doi:10.4324/9780415249126-P016-1

[…] associate professor of political science, Tore Wig, opined that the initiative represented a “relativization of knowledge.” The Kantian philosopher Prof Jens Saugstad for his part teamed up with the political […]

[…] associate professor of political science, Tore Wig, opined that the initiative represented a “relativization of knowledge.” The Kantian philosopher Prof Jens Saugstad for his part teamed up with the political […]