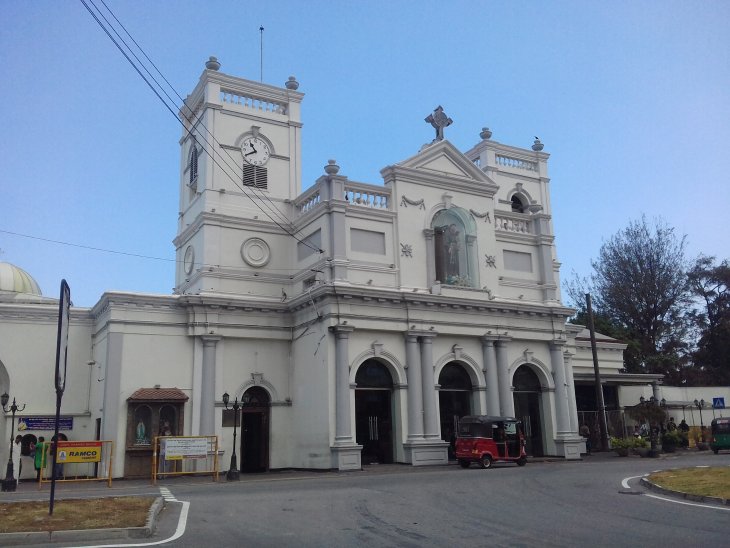 St. Anthony’s Shrine was one of the targets of the Easter Sunday terror attack. Photo: AntanO via Wikimedia Commons

The terrorist attacks on churches and hotels in Sri Lanka on Easter Sunday have spawned many questions about the return of violence to Sri Lanka after a 10-year hiatus following the defeat of the Tamil Tiger (LTTE) terrorists in May 2009.

The first thing to understand is that the terror attacks have no bearing on the internal politics of Sri Lanka. Neither are these attacks tied to any inter-ethnic, nor inter-religious questions reflected in current political discourse on the island. During the civil war, terrorism in Sri Lanka went abroad; for example, the Tamil Tigers assassinated the Indian PM, Rajiv Gandhi. This time, the world (Middle East) seems to have come to Sri Lanka.

So why Sri Lanka? The answer is simply that Sri Lanka offered a soft target.

I am of the opinion that the relations between the religious groups will not be soured by these actions, but that the immediate days following the attacks have shown that people are unified, condemning terrorism rather than the religious faiths of others. There have been some incidents of vengeful violence against Muslims, which the police and security forces need to address and tamp down on quickly. But overall it seems that civil society in Sri Lanka has come a long way, unfortunately baptized by the fire of a 30-year civil war and decades of mass terrorism.

So why Sri Lanka? The answer is simply that Sri Lanka offered a soft target. Within that scenario, the churches, particularly Catholic ones, offered greater softness in terms of access and the number of targets. Five-star hotels in Sri Lanka today are also soft targets because after decades of civil war, when even ladies’ hand bags were searched before entering a hotel, none of this exists today. What explains this? Why the laxity in security?

Civil society in Sri Lanka has come a long way, unfortunately baptized by the fire of a 30-year civil war and decades of mass terrorism.

This can be partly explained as a result of the “success” of the post-war peace in Sri Lanka — little studied and little understood. One might recall the bloody ending of the civil war in May 2009, when the government, with little regard for the international community´s misguided calls for the Sri Lankan forces to cease hostilities, utterly defeated the Liberation Tigers of Tamil Eelam. Immediately following the war, the government, without much help from an alienated international community, successfully reintegrated 15,000 former combatants and resettled several hundred thousand internally displaced, including 200,000 civilians that had been taken as a human shield.

Considering all this disruption, displacement, perhaps even built up hatreds, little to no interethnic violence and retaliation has been recorded in these past 10 years — so much for theories of ethnic conflict. Consider also that for a civil war that had thousands of suicide bombings and entire squads of suicide bombers that were trained by the Liberation Tigers of Tamil Eelam, not one known attempt of a suicide bombing has been recorded in Sri Lanka — trains and busses travel freely between the South and North every day. In other words, there has been little to no violence between the so-called warring ethnic groups in 10 years. Hurrah for peace!

Of course, successful peace has now given way to security failure, but the hope is that lessons will be learnt to prevent the next one. Democracies do badly when fighting terrorism and insurrections, which leaves a lot for us studying civil violence to understand better.

Indra de Soysa is an external associate at PRIO and a professor at NTNU: Norwegian University of Science and Technology. His research interests include the field of political economy and questions relating to the causes of war and peace, governance, and development. He is originally from Sri Lanka.

coward people!! killing innocent people is really not the solution to any kind of problem.

Sri Lanka is party to 13 Counter-Terrorism Conventions. It actively participated in the first ever High Level Conference of Heads of Counter Terrorism Agencies of Member States held in June last year in 2018. The Conference was a launching pad for member states to create networks and partnerships and share information and strategies in order to strengthen cooperation and give practical expression to the objectives of the Global Counter Terrorism Strategy.

Thus, despite the statement by Delegation of Sri Lanka to the United Nations Before the Sixth Committee of the United Nations General Assembly 73rd Session on the Agenda Item 111: Measures to Eliminate International Terrorism on 4 October 2018, why weren’t the very recent acts of terrorism prevented?