The battles over leadership of the peace process in Afghanistan are intensifying. It seems increasingly likely that there will be a peace agreement, in one form or other, between the United States and the Taliban. But an Afghan peace settlement that is not based on dialogue between parties within Afghanistan – between the Taliban and other groups – will have scarcely any hope of survival. The international nature of the conflict means that agreement is also needed with Afghanistan’s neighbours, as well as unanimity among global powers. Coordinating this process, between all the different parties, and at many different levels, is a challenging task. Right now, there is reason to fear that the struggle over leadership of a process is taking up more energy than the peace process itself. At worst, this could result in the whole process hitting the rocks. 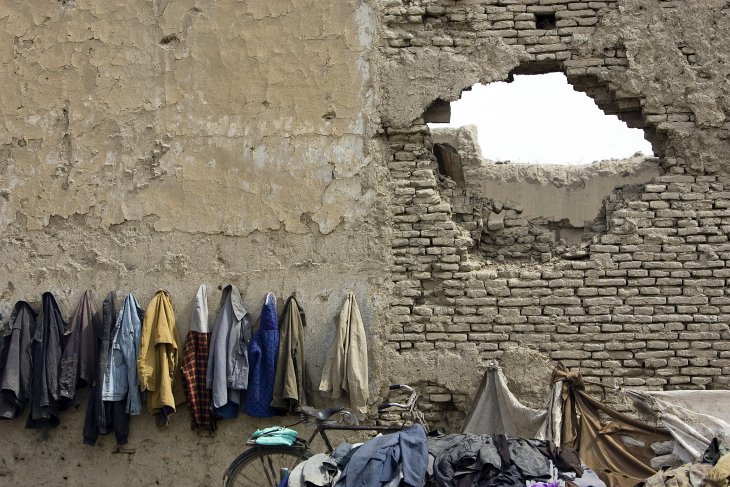 Last week saw a new round of talks in Doha between Zalmay Khalilzad, the United States’ special envoy, and representatives of the Taliban. Before the talks started, the parties announced that a draft agreement was already in place. The tone was more subdued after the meeting, however, with Khalilzad commenting “The devil is always in the details.” Some days before the Doha talks, President Ashraf Ghani concluded a grand assembly, known as a Loya Jirga, which he had convened to debate the country’s pathway to peace, by clearly distancing himself from the process in Doha. Most of the key opposition politicians in Kabul boycotted the assembly. These opposition politicians, led by former President Karzai, recently met in Moscow for talks with the Taliban. Shortly thereafter, the three major global powers – China, Russia and the United States – met in Moscow to discuss shared interests in the peace process.

The Taliban have long demanded to negotiate with the real holder of power, i.e. the United States, not with what they see as a puppet regime in Kabul.

Most important of all is dialogue between the Afghan parties to the conflict. But this dialogue is notable only by its absence. The Taliban have long demanded to negotiate with the real holder of power, i.e. the United States, not with what they see as a puppet regime in Kabul. The Doha talks became possible because the United States gave in to these demands, even though this went against the wishes of President Ghani. Ghani fears that the United States will concede too much in direct talks with the Taliban, that a rapid American withdrawal could lead to the overthrow of his government, and that the major political reforms implemented since 2001 will end on the scrapheap of history. Ghani’s dilemma is that he needs the support of the United States to remain in power. The dilemma for the Americans is that their presence in Afghanistan is officially at the invitation of a government that is attempting to block their peace process with the Taliban.

The whole situation is complicated even further by the plans for a presidential election in Afghanistan in 2019, which acts at cross purpose with any of the various peace initiatives. As long as peace processes unfold in parallel to electoral campaigning, it will be difficult to achieve the kind of broad public debate, with open expressions of different views, that Afghanistan so desperately needs. Ghani, like the other presidential candidates, sees himself as the person who can lead the country to peace in the longer term, but in order to do so he must first secure his grip on power. The recent grand assembly in Kabul was part of Ghani’s strategy for ensuring that his pathway to peace takes priority, and for ensuring that the United States continues to support him during a new five-year presidential term.

In Afghanistan’s neighborhood, there is no agreement between the leading parties about Afghanistan’s pathway to peace. Many of Afghanistan’s neighbours have been heavily involved in the conflict. They have supported one or more of the parties on the battlefield, and have been quick to block peace initiatives that did not ensure them a strong degree of influence. My analysis attaches weight to the fact that Afghanistan is surrounded by three regions, each of which has its own powerful internal dynamics. The interest of Afghanistan’s neighbours in Afghan affairs is motivated primarily by their need to manage their own regional tensions. Pakistan, for example, perceives India as an existential threat, and much of Pakistan’s intervention in Afghanistan reflects this point of view. India’s far more prominent role in Afghanistan from 2001 onwards is thus a mixed blessing for the Afghans. Tensions in the Gulf are another example, where Saudi Arabia and the Emirates are at loggerheads with Iran. In this they are completely aligned with the United States, which has imposed sanctions on Iran and indirectly promoted regime change. The tensions in the Gulf can rise to the surface quickly in Afghanistan, not least because Iran is now living with the threat of armed destabilization, supported by Saudi Arabia and the United States.

The Chinese want stability, and are happy to participate, but the idea of them taking on a leading international role is completely unrealistic.

In the years since 2001, much effort has been put into fostering trade links and bringing together the countries around Afghanistan. Such efforts have often been referred to as ‘Heart of Asia’ or ‘New Silk Road’ initiatives. The idea of reducing regional tensions through economic cooperation is attractive, but is limited by a lack of trust regarding national security. It is precisely now that the regional platforms that were built through the ‘Heart of Asia’ processes should be actively supporting the Afghan peace process. They have not done so. Instead, we have seen a series of one-off meetings, mostly bilateral, that are moving in different directions. Everyone would agree that a peaceful Afghanistan is only possible if neighbouring countries are united in their support. The challenge now is that we see no path to peace that would ensure such unity.

Things are different at the superpower level. We are only talking about a peace process because the United States agreed to direct talks with the Taliban. If the Americans withdraw (or more realistically, significantly reduce) their military presence, this will open up opportunities for other major powers. Many have great hopes that China will step up its engagement, since the country has a short border with Afghanistan, is eager to suppress radical Islamism, and is dependent on regional stability for the success of its massive ‘Belt and Road’ initiative. Despite all these facts, however, there is no sign that the Chinese wish to take on a leading role in Afghanistan. The experience of the United States serve as a deterrent in its own right, and Afghanistan is currently well down Beijing’s list of priorities. The Chinese want stability, and are happy to participate, but the idea of them taking on a leading international role is completely unrealistic.

The fear is that one peace initiative will cancel out another, that the war will continue, and that Afghanistan’s future will be determined solely on the battlefield.

Perhaps the most surprising development is the fact that Russia has come to be playing a central role. Russia has a long history and a good network of contacts in Afghanistan, and not many hours had passed from Donald Trump’s electoral victory being announced before the Russians issued an invitation to Afghan talks in Moscow. The American reaction was to attempt to marginalize Russia’s initiatives, but Russia has displayed the will and ability to develop political strategies that generate results, as they did earlier this year in the talks between the Taliban and figures in the Kabul opposition. The United States has reconsidered its position accordingly. The recent trilateral meeting in Moscow – with China, Russia and the United States around the same table – was a turning point, and could indicate that at least two of the pathways to peace in Afghanistan – the superpower pathway and the USA-Taliban pathway – are in the process of alignment. But this does nothing to weaken the resistance of those who are battling for other pathways.

The Afghan peace process will have to proceed along several pathways. It will need solid processes at the Afghan, regional and superpower levels. The Afghan level is the most important, but is also currently the most conflict-riven. The lack of broad consultation at the regional level is also worrying. The direct talks between a national insurgent group, the Taliban, and the world’s leading superpower, the United States, will establish the premises for what will be possible in the future. Other parties, at all levels, are fighting to succeed with their own pathways to peace, and to prevent the United States and the Taliban from entering into an agreement that fails to take their interests into account. There is much to suggest that the battle for peace in Afghanistan is currently coming to a halt. The hope is that a primary pathway will crystallize; a pathway that will incorporate the Afghan, regional and superpower levels. The fear is that one peace initiative will cancel out another, that the war will continue, and that Afghanistan’s future will be determined solely on the battlefield.