On the evening of Tuesday, September 10, Kosovo’s national football team played England in its biggest match to date. Prior to the match, the team had gone undefeated since October 2017. The success of the national team has echoed throughout the world and the team is fast becoming Kosovo’s most successful export. #ENGKOS and Kosovo were respectively the second and sixth biggest trends worldwide on Twitter that Tuesday evening. While not the intention, the success of the national team has given Europe’s youngest (and the world’s second-youngest) state positive international exposure in a time when its sovereignty is under its most serious attack since the declaration of independence in 2008. How can success in sports be of critical value to a small state like Kosovo? 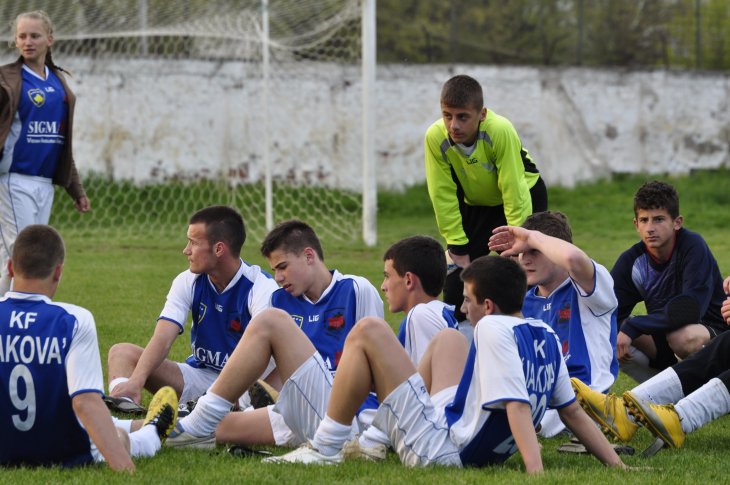 Sports have always provided a world stage for individual political expression. Most of us are familiar with the medal ceremony at the Olympic Games in Mexico City in 1968, when two African-American athletes raised their black-gloved fists in the air during the playing of the US national anthem. It was regarded, and criticized, as a “Black Power” salute by most, while one of the athletes himself described it as a human rights salute in support of African-Americans. A more recent example is former quarterback Colin Kaepernick, who famously “took a knee” during the playing of the US national anthem to protest police brutality and racism against African-Americans in the US.

States have for a long time recognized sports as tools of soft power that can help them promote national interests.

In the same vain, states have for a long time recognized sports as tools of soft power that can help them promote national interests. In 1936, Hitler intended to use the Berlin Olympic Games to promote his government and its values. Germany won the highest number of medals, but Hitler’s plan partly failed when Jesse Owens – an African-American athlete – became the most decorated Olympian. Today, sports are increasingly recognized as important elements in states’ foreign policies. France’s Foreign Ministry, for instance, has a whole strategy in place for sports diplomacy. This should not be surprising. The short-term and long-term economic benefits that lie in winning hosting bids for big sporting events are in and of themselves an incentive for states to make sports an integral part of their policies.

The team is also increasingly becoming a symbol of Kosovo’s resistance against Serbia, a state which it was formerly a province of and fought an independence war against in the late 90s.

For a small state, hosting a big sporting event is probably not a realistic aim, but investing in sports can prove valuable for raising its international profile. Going back to that Tuesday evening, Kosovo ended up losing but put up an impressive fight against one of the world’s strongest sides. Prior to that match, the Kosovo team had an undefeated run of 15 matches. Ranked 120th in the world by FIFA, Kosovo has consecutively beat or equaled higher-ranked teams, and now stands a realistic chance of qualifying for the UEFA Euro 2020 – an unthinkable scenario just a couple of years back. Kosovo is Europe’s newest football nation and played its first competitive international only three years ago, with a team made up of footballers who had never played together prior to that. The story of the national team is the story of an underdog that is resonating with the world.

The team is also increasingly becoming a symbol of Kosovo’s resistance against Serbia, a state which it was formerly a province of and fought an independence war against in the late 90s. Serbia is currently running an aggressive lobbying campaign which aims at keeping Kosovo out of international organizations. To a large extent, the campaign has succeeded. Kosovo was denied membership in UNESCO in 2015 and its third bid for Interpol membership was dismissed last year. Most importantly, Kosovo is not a member of the UN and will not become a member while Security Council members Russia and China keep supporting Serbia. As a response to the Serbian campaign which it sees as an attack on its sovereignty, Kosovo imposed a 100 percent import tax on Serbian goods last year.

In a time when 15 states and counting, according to Belgrade, have derecognized Kosovo as a result of the Serbian campaign, the value that lies in the success of the national football team should not be understated. The positive exposure that the national team has garnered can become an important tool for Kosovo in raising its international standing and building international relationships. In 2016, Serbia filed an appeal against Kosovo’s membership in UEFA to the Court of Arbitration for Sport (CAS), which was ultimately dismissed. The appeal, and similar attempts to block Kosovo’s membership in sports organizations, show that Serbia is aware of the value that exposure on the world stage of sports will have for Kosovo’s status.

The story of Kosovo’s national football team will continue to unfold in the upcoming six months, and it will be interesting to follow the implications that potential further success of the team will have for the small state it represents. However, one thing is already clear at this point: sports were never just fun and games.