This year’s telethon in Norway, an annual event, raised over 225 million Norwegian kroner for CARE’s work in strengthening women’s rights. Gender equality and women’s empowerment aren’t just goals in themselves: achieving those goals will reduce poverty and lower the risk of armed conflict. 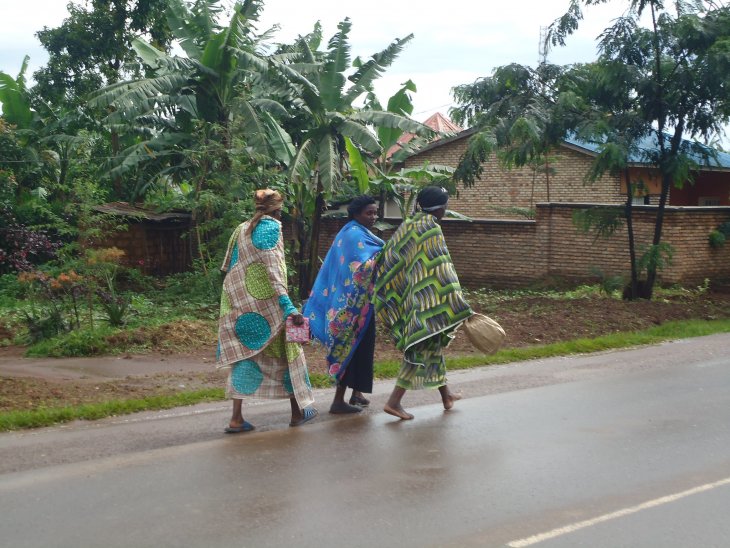 Women walking in Rwanda, 2010. Photo: Revolution_Ferg CC BY via Flickr.

Every day 830 women die due to complications related to pregnancy or birth. 104 countries have laws prohibiting women from taking certain jobs. 155 countries have laws restricting women’s opportunities, including working without their husband’s permission. This year’s NRK Telethon raised over 225 million kroner for CARE’s work to strengthen gender equality in nine countries. The funds will create opportunities for women to shape their own futures. They’ll be able to join savings and loan associations, access sexual health education, and get training in political involvement and leadership in their workplaces and local communities.

Research shows that countries with lower gender equality have a higher risk for conflict than countries where equality is stronger. In a new study, I found that internal armed conflict, for example civil war, weakens women’s labour rights. This includes their right to equal pay, taking on paid work, and freedom from discrimination and sexual harassment in the workplace. Strengthening women’s rights in countries that have experienced conflict or where conflict could break out again is incredibly important. These efforts could prevent conflicts from occurring (or recurring), while at the same time mitigating the negative consequences that conflict has on women’s labour rights.

If women work, they lift up their families, the local community, and even the country out of poverty.

That’s why I applaud the choice of this year’s NRK telethon. All nine of the countries chosen are, or have been, affected by armed conflict: Mali, Rwanda, Niger, Myanmar, the Democratic Republic of Congo, Afghanistan, Burundi, Jordan, and Palestine.

Strengthening women’s rights is part of the UN’s Development Goals and the 1979 UN’s Convention on the Elimination of All Forms of Discrimination Against Women, but it’s not only a goal in itself – succeeding in these efforts can prevent conflict and reduce poverty. Research shows that women who take on paid work tend to contribute more to their family than men. We also see an increase in the number of children in school, family health improves, and their daughters get married later. Women in the workforce also increase economic growth. We know that low incomes are a common characteristic of conflict-affected countries, both because armed conflict increases poverty and because poverty increases the risk of armed conflict. All of this shows, in other words, that if women work, they lift up their families, the local community, and even the country out of poverty.

Investigating links between gender equality, poverty, and conflict is an issue of great importance to PRIO and the PRIO Centre on Gender, Peace and Security in particular. That’s why PRIO has decided to match the funds donated by PRIO employees.

It’s clear beyond a shadow of a doubt that this year’s NRK telethon is going to a good cause. Now, it’s up to CARE to use their over 225 million kroner as effectively as possible. It could be helpful to look to this year’s winners of the 2019 Nobel Memorial Prize in Economic Sciences. Esther Duflo, Abhijit Banerjee, and Michael Kremer received the prize for their research looking at what actually works when fighting poverty. They have identified a relationship between aid measures and the effects they have. For example, they have studied the most effective ways to increase students’ learning outcomes in schools in developing countries. They looked at various measures like school meals, more school books, and better teachers. These were measured against a control group. They were able to pinpoint what increased students’ learning outcomes most effectively. Organizations working to improve education in developing countries can use that information to their advantage.

That’s why I want to urge CARE and other aid organizations to undertake similar studies to evaluate the effects of the measure they implement. With information about what works – and what doesn’t – we can streamline resource use for the best possible results. That kind of research should be of interest for anyone who receives, provides, or finances aid. CARE has a chance to strengthen gender equality, reduce poverty, and prevent conflict for as many as possible with the means at their disposal.

Investigating links between gender equality, poverty, and conflict is an issue of great importance to PRIO and the PRIO Centre on Gender, Peace and Security in particular. That’s why PRIO has decided to match the funds donated by PRIO employees, equal to 3400 Norwegian kroner. I would like to thank my colleagues and the PRIO leadership for their generosity, resulting in a total of 6800 Norwegian kroner donated to CARE.