Since the rise of the Women, Peace and Security (WPS) agenda and the adoption of Security Council Resolution 1325, power sharing has been widely used as a peace-building tool after civil conflict and is also key to the institutionalization of democracy. Power sharing arrangements have been instrumental to terminating civil wars in Lebanon, Bosnia, Nepal, Burundi, Cambodia, Sierra Leone, and the apartheid regime in South Africa. 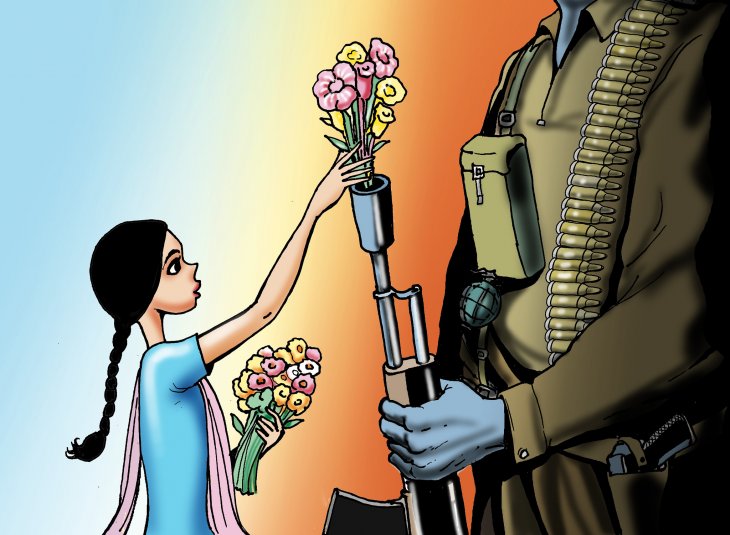 … there is no consensus on what power sharing is …

The term power sharing can be understood as including political opponents in a joint executive coalition government based on the argument that this reinforces peacebuilding and democracy.  However, there is no consensus on what power sharing is, and there is a wide range of conceptual understandings of the term.

The conceptualization of power sharing varies including everything from grand coalition, mutual veto, proportionality, and segmental autonomy, to a parliamentary system, proportional representative elections, and federalism, as well as rebel inclusion through peace agreements.

There are two opposing arguments on the effects of power sharing institutions. On the one hand, most researchers regard power sharing as a democratic institution and argue that it ensures minority representation in decision making. On the other hand, others argue that power sharing leads to stronger divisions and worsens disagreements within groups.

… the literature […] ignores women and pays no heed to gender equality …

While the literature on power sharing is vast, it is considered gender-blind in its approach to conflict regulation – since it ignores women and pays no heed to gender equality. Therefore, scholars have yet to adequately theorize the gendered implications of power-sharing arrangements.

This blog post aims to provide an overview of the topic illustrated by empirical evidence in order to shed light on the knowledge gap by connecting the two literatures on power sharing and gender equality.

Studies have shown that states with a high level of gender equality are more likely to be peaceful and have a peaceful relation with other states. This easily lends itself to interpretations suggesting that more women in parliament will make different decisions from those made by men. In other words, the share of female decision makers should impact peace directly.

However, despite the importance of gender equality in institutionalizing peace, ethno-national identity dominates frameworks for conflict resolution, with little or no room for any other understanding of identity and difference. Elite-based power sharing institutions are often implemented in peace negotiations based on the consociational democracy model.

While this is a governmental model that is based on strengthening elite cooperation and political stability, this applies primarily to ethno-nationalistic groups. The model focuses on inclusivity, the promotion of human rights, and justice, however without considering gender as a stand-alone variable. In addition, the causal link between gender inequality and conflict is often left unexplored.

Power sharing models can have several different effects on gender. First, power sharing institutions aimed at ensuring stability and peace in multiethnic states, can risk embedding patriarchal and heteronormative attitudes in the institutional design. The latter is highlighted by the literature and critiques of consociationalism. As suggested by Bell, previously antagonistic power sharing partners “frequently find that one of the key areas they can agree on is the conservative retrenchment of women’s rights, particularly reproductive services”. The control of women’s reproductive functions by men and/or the state has long been critiqued by feminists (see empirical and legal research in Chile, Northern Ireland, and Colombia).

When everything is urgent, gender issues inevitably get placed on the backburner.

Second, consociationalism and plurality rules which emphasize group identities at the expense of all else, are predisposed to political crisis. When combined with the fact that post-conflict transitions are already characterized by ‘the tyranny of the urgent’, women’s interests can easily fall by the wayside in moments of crisis. From a gender perspective, consociationalism appear to ‘sacrifice women’s claims for equality in the interests of communal unity’. When everything is urgent, gender issues inevitably get placed on the backburner.

For example, in the MENA-region the gendered impacts of conflict affect women and men differently. For instance, the implementation of elite-based power sharing institutions in Lebanon, was meant to contribute to an inclusive political sphere between the eighteen different religious groups in the country.

Findings and avenues for further research

In my master’s thesis research, I examine how these institutions affect female inclusion and women’s empowerment in all global states between 1975-2010.

The first finding suggests that power-sharing is associated with an increase in the proportion of women in parliaments in the 1975-2010 period. This means that the finding is in line with the consociational democracy literature on power sharing.

The results suggest that inclusive power sharing does not affect women’s civil liberties, civil society participation, and their broader political representation. For example, in a country where the rivalry between the ethno-nationalist members of different communities is upheld as the primary basis of political activity, such as in Lebanon, the notion of empowerment becomes harder. Within the context of a divided society struggling to build a sustainable power-sharing democracy, this tension is often heightened and exacerbated.

However, power sharing can be used as an entry point to secure greater women’s representation and participation. Because the focus is already on different kinds of descriptive representations, ‘it is in fact the most natural environment to be securing gender-based quotas’ meaning that there is a need (or an opportunity?) to address women’s inclusion at this stage in the conflict resolution process.

The policy implications of these results are important as they provide policymakers with a better understanding of the relationship between inclusive power sharing and women’s inclusion and empowerment in the context of peacebuilding. The time is ripe for further scholarly work on the gendered implications of power sharing.