A worthy winner of the Nobel Peace Prize has returned home to Addis Ababa; home to a country that has seen economic growth between 8 and 11 percent for several years, and where four Ethiopians make their way out of poverty every day; home to a people who have seen child mortality reduced by two thirds since 2000, and where access to clean drinking water has doubled in the same time period; a country which is politically freer than ever before. 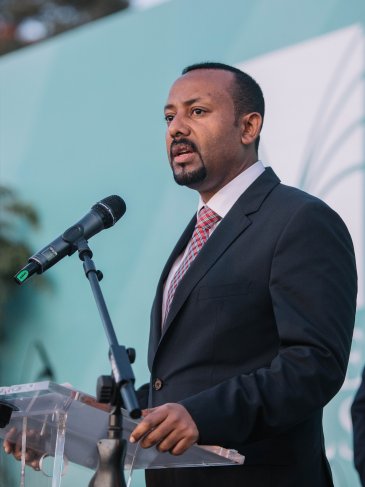 But the challenges are also enormous.

The next months will determine whether Prime Minister Abiy Ahmed manages to secure stability in the country, and over time is able to win the trust of the entire Ethiopian population.

Ethiopia is characterized by ethnic and religious diversity. The population of over 105 million is divided into over 90 ethnic groups. Nevertheless, the country has been characterized by ethnic hegemony through authoritarian control. First there was the Amhara-dominated period under Emperor Haile Selassi, and to a somewhat lesser extent the Marxist regime of Mengistu, and later the Tigray-dominated period under the EPRDF coalition. There are deep scars in Ethiopian society. This is the source of much of the ethnic polarization we find today, and the deep mistrust between the ethnic groups of the country.

At the same time Ethiopia is governed through ethnic federalism. The country is divided into regions by ethnicity, with regional state governments that also have their own security forces. When the country was controlled by the EPRDF (in reality the TPLF) they had full control, right down to the village level. They placed their own people in key institutions both centrally and at the regional state level. After 27 years the Oromo’s continuous protests affected change, and Prime minister Hailemariam Desalegn handed over power to Abiy Ahmed, who represented the Oromo party, an ally within the EPRDF-coalition in Parliament.

Prime minister Ahmed chose to unlock EPRDF’s iron grip, opened up political space, and appointed new people with diverse backgrounds to central positions. This prompted changes also in the leadership at the regional level. This opportunity was quickly exploited by ethnic-nationalist groups and opposition parties; choosing leaders along ethnic party lines. Some of the strongest political activists returned from exile and helped to stoke the fires. The first sign that events could spin out of control happened on June 22, when both the president of the Ahmara region and the country’s Defense Chief of Staff were killed. By this time, ethnic clashes had been going on across the country for more than a year, and three million people had already been forced to flee.

The second challenge came on July 18, when the Southern ethnic group, Sidama, declared itself a new regional state. The ethnically oriented constitution allows for declaration of regions based on popular vote. This can lead to ethnic fragmentation of the national state and additional ethnic clashes. Abiy Ahmed has to deal with other tensions too: there is among other things the territorial conflict between the Amhara and Tigray groups, the potential conflict between the two largest groups, the Oromo and Amhara, with the third tension being between the Tigray and the central government.

The country’s ethnically-based federal system means the government is largely at the mercy of the regional state governments. There is an inherent risk of fragmentation along ethnic divides. If the regional states choose to use their own security forces in ethnic conflict there is danger on the horizon. Prime Minister Abiy Ahmed would be well advised to enter into a dialogue with the regional governments to ensure that none of them go to such lengths, and instead work together with the central government to both resolve problems and security challenges. He needs to appear as unifying as a leader as possible, both when it comes to political decisions as well as personnel choices – there can be no place for hardliners. But he also has to watch his home base. If the Oromo do not support the new party he has established (with the other two parties in the EPRDF), the May elections could be exceedingly difficult.

Prime Minister Abiy Ahmed needs to act quickly and wisely to secure stability in the short term. At the same time, it is imperative that he starts a comprehensive reconciliation process that can contribute to national unity and building a national identity. If he succeeds in doing so, and the country gets the international support it needs, it can still be on track to become the first low-income country in the region to reach the sustainable development goal of eradicating extreme poverty by 2030.

I think you mean “Amhara” not “Ahmara”. But great article.