The point of departure for this blog is the apparent frequency of criminalization strategies in early government responses to the Corona virus. While much attention has been given to the securitization of global health responses – also in the case of Corona – less systematic focus has been given to the partial criminalization of infectious diseases as a strategy of global health governance.

As the scope of the Corona outbreak is broadening, the number of countries deploying criminalization measures is also rapidly increasing. 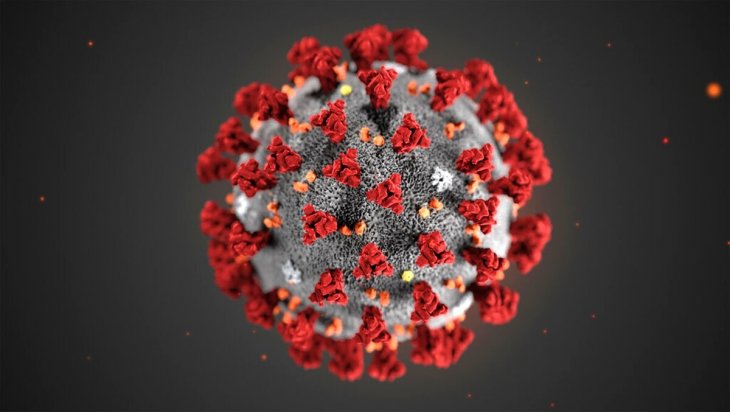 China has introduced harsh regulations to deal with the Corona virus, including ‘medical-related crimes’ involving harassment and violence against medical personnel, refusal to submit to quarantine and obstructing dead body management. Singapore and Hong Kong have criminalized the breach of travel restrictions and misleading authorities or spreading false rumours. Taiwan plans sentencing the violation of quarantines. Iran will flog or jail people who spread false rumours. A Russian prankster is facing jail-time for Corona ‘hooliganism’. In the US, prospective quarantine violators from the infamous cruise ship Diamond Princess were facing fines or jail time.

Beyond governments’ need to be seen doing something in the face of public panic across the Global East and the Global North, how should we think about this propensity to reach for penal measures?

How we explain disease and whom we blame are highly symptomatic of who we are and how we organize our relations with others, in particular the practices and life forms of marginalized elements of society. This will also likely be the legacy of Corona. Moreover, current global health responses to infectious diseases remain bound up with both colonial-era and historical command-and control trajectories of response and needs to be understood in context.

In this blog, I map out three categories of criminalization. My assumption is that the Corona response will likely involve all three in some form or other. I take the broad conceptualizations of criminalization in circulation in legal, policy and media discourse as the starting point: this includes criminal law sanctions and administrative and disciplinary sanctions as well as popular perceptions of the uses of penal power and social ‘criminalization-talk’. The idea is that criminalization can be understood as a strategic tool with multiple constitutive uses in the global health field.

In the following, I outline three different things that criminalization ‘does’ in the global health field, which may serve as a resource for thinking about how criminalization will shape approaches to the Corona virus.

First, I am interested in the direct and indirect criminalization of health care delivery through the criminalization of individuals infected with or suspected of being infected with specific infectious diseases. The problem with this approach is that it risks aggravating humanitarian suffering because it is either premised on criminalizing the practices and attributes of groups that are already in a marginal position, or that with infection, patients immediately become socially or economically ‘marginalized’ which allows for criminal interventions.

This category of criminalization covers transmission, exposure, interaction with ‘vulnerable groups’ (such as children), failure to disclose or simply physical movement. It relies significantly on the mobilization of othering and of metaphors of fear. The global health response may also be undermined through the de facto criminalization of individuals by way of the use of compulsory health powers such as surveillance, contact tracing, compulsory examination and treatment, regulation of public meeting places, quarantines and forced isolation of individuals.

These regimes might be so repressive as to have severe humanitarian impact on the populations concerned. Human suffering here does not emanate from the inability to offer health care but from the human rights violations arising from how fear and stigma fuel criminalization of ‘vulnerable/deviant /threat groups (such as drug users, those with precarious migration status, sex workers and the LGBTI population) and how criminalization in turn produces further deviance and marginalization. A characteristic of early phases of epidemics is that certain groups are singled out as risky and characterized as dangerous, allowing for repressive public health interventions.

Notably, in the context of HIV/AIDS, criminalization, and quarantine and individual responsibility for disclosure have been considered as key tools to halt or limit transmission, despite innovations in treatment that radically transform the nature and lethality of HIV/AIDS. Globally, prosecutions for non‐disclosure, exposure or transmission of HIV frequently relate to sexual activity, biting, or spitting. At least 68 countries have laws that specifically criminalize HIV non‐disclosure, exposure, or transmission. Thirty‐three countries are known to have applied other criminal law provisions in similar cases.At the same time, fear of harassment, arrest and detention may deter people from using health services. A ‘deviant’ social status combined with health status may lead to discrimination and ill-treatment by health care providers. Criminalization is linked to high levels of harassment and violence, reported by lesbian, gay, transgender people and sex workers around the world (see here and here).

For the fast-moving but relatively low-mortality Corona-virus, these lessons indicate that a marginalized social status can contribute to exacerbating transmission and constitute a barrier to adequate health care, potentially increasing mortality.

Secondly, criminalization and repressive public health measures and discriminatory barriers are also a complicating factor during emergencies caused by other factors. As seen in the context of Ebola, general violence as well as violence against health care workers undermines efforts to end outbreaks.

Humanitarian emergencies confront public health systems with often overwhelming challenges. In the midst of this, criminalization of individuals who are infected or perceived as risky or dangerous further compromises the ability to address preexisting epidemics and hamper transmission, thus exacerbating the impact of the overall impact of the crisis.

Third, in situations when the disease itself is the emergency, criminalization and the attendant practice of quarantines directly hampers efforts. Historically, quarantines have been used for a wide range of diseases including venereal disease, tuberculosis, scarlet fever, leprosy and cholera. Quarantines are co-constructed through the longstanding tradition of framing infectious disease through criminalization, whereby stigma, medicalization and incarceration have worked together to produce colonial bodies construed as racial and sexual threats to national security (see here and here).

Quarantine was a widely employed tool against Ebola in Sierra Leone and Liberia. As noted by commentators, according to the logic underlying quarantines ‘subjects marked as abnormal, diseased, criminal, or illicit should be isolated for their own betterment and for the collective good’. While resistance becomes a proof of deviance and of the necessity of segregation, in the case of Ebola, quarantines may compel fearful communities to hide suspected cases.

In the contemporary context, with an international human rights framework on health suggesting that rights-based approaches to disease prevention and mitigation should be foregrounded, problematic tradeoffs between criminalization-oriented public health measures and fundamental rights and liberties are likely to proliferate, as illustrated by the US government’s budding ‘war on Corona’.

This blog has provided an initial map of how criminalization may shape the Corona response. In sum, when criminalization is pegged directly onto suffering human bodies, criminalization hinders global health interventions in three ways. Criminalization might be so repressive that it has severe health-related impacts on the populations concerned. Criminalization also undermines and exacerbates challenges already faced by the public health infrastructure during an emergency. Finally, the repercussions of criminalization are most impactful in situations when the disease itself is the humanitarian crisis and where criminalization directly hampers efforts to contain and mitigate epidemics.