The UK has done a 180 in its coronavirus strategy in the last few weeks. First, we were told to ‘take it on the chin’. Now we’re only allowed out once a day to do our food shopping. 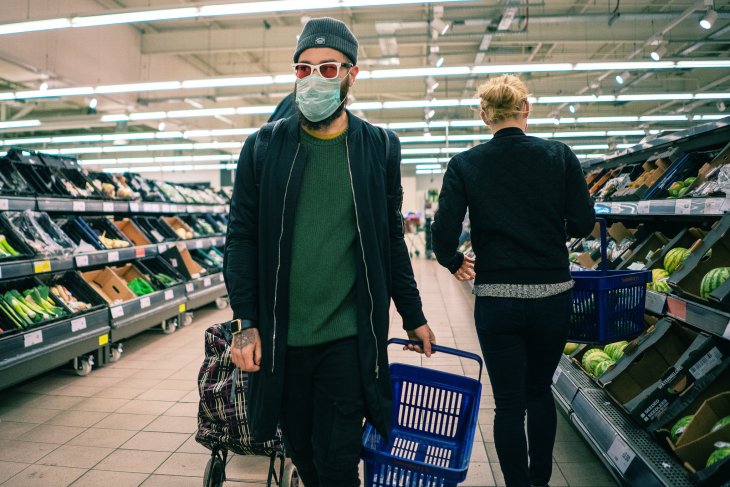 I’ve lived in London for two years now, and I didn’t really think things could get any worse. 2020 was supposed to be the year of the actual Brexit, and Boris Johnson would be the Prime Minister for another five years, following the reelection of the Tory government last year. And yet, it did get worse. Now we’re hit by a pandemic, and the whole country is in lockdown.

As a PhD student, my life here has in many ways continued much in the same vein as before. In the last few weeks I’ve just continued writing my thesis. Still, of course, everything has changed. Once a day, we’re allowed outside to buy food, or do some kind of exercise. If it weren’t for the staggering death toll being reported in the news every day, you’d think the country had never been healthier: it feels like the whole neighborhood has come out to join me for my daily park run.

“Take it on the chin”

Two weeks ago, the UK did a complete 180 in their coronavirus strategy. Until then, Prime Minister Boris Johnson had been telling the British to “take it on the chin”, implying that they should ride out the storm in a typical British, stoic fashion. The authorities’ main tactic against the virus seemed to be that of ‘herd immunity’, with the rest of UK life to go on as usual. In a society sharply divided by class, and where trust in politicians and authorities is consistently low, people immediately started to see this advice in relationship with Britain’s longer history of eugenics, where the state should work towards improving the genetic quality of its population. Suddenly, people were speculating whether politicians and members of the UK upper class saw the virus as a convenient mechanism of ‘natural selection’.

So why the reversal? The 180 came when researchers at Imperial College London published an article that showed the potentially catastrophic results of the authorities’ guidelines. A more interventionist approach, on the other hand, could halve the number of deaths. Furthermore, drastic measures were needed to better equip a healthcare system that has been underfunded for years. These days, reading the newspaper is heartbreaking: healthy nurses and doctors are dying because they don’t have the proper protective gear, and patients can’t breathe because there aren’t enough ventilators available. It’s still too early to say anything definitive about whether the new strategy is working, and we can expect to see the death toll rise for at least a couple more weeks.

As a Norwegian, used to thinking of the state as my primary caretaker in all facets of life, it was interesting to register my own sense of surprise as I read that the NHS had gotten 700,000 new volunteers last week. All neighborhoods in London now have a local mutual aid group, where neighbors help people who are in full quarantine by doing their shopping and helping them with other errands. That’s how societies are organised during a crisis – when you trust the lady down the street more than your local council representative.

My flatmate’s family lives in India, where the state infrastructure is even less equipped to deal with the outbreak of a global pandemic. There is a strange form of cognitive dissonance tied to following Norwegian, British, and Indian news about  the virus at the same time: our fears are so devastatingly similar, and yet so unevenly distributed. In London we’re now hunkering down for more weeks of national lockdown, and more uncertainty.

It seems the Covid -19 brought the markets and people’ private economy to near to collapse when the UK government mobilized 700,000 volunteers help vulnerable people.
People who are dying from Covid-19 often carry some health complication, which takes hold as their immune system is weakened from fighting the virus. This is something that it shares with Spanish flu back to 1918, considering the death rate of Covid-19 is going to be many times lower than that of Spanish flu because of our advanced medical technology and behavioral intervention.
But in terms of human evolution, environmental fitness may involve with our ability to avoid predators (viruses). It simply implies a greater resistance to disease. In consequence, better-adapted individuals will survive better than less-adapted individuals. We can learn a lot from the Spanish flue to save lives and to understand the better-adapted community and individuals. What we really can learn from the Spanish flue is that not only a healthy immune system can deal with the virus reasonably well but also some simple interventions stop the spread of the virus. When the virus struck so quickly, it overwhelmed the immune system, causing a massive over-reaction. In situation like that, treating people on a case-by-case basis would not be enough. Saving the infected ones is not really a real solution to deal with pandemics in urban settings. That means the state needs to mobilize resources as if the country is at war. Policies such as mass testing, quarantining those showing signs of the disease, social distancing, keeping infected cases separate to those suffering more serious illness and limiting people’s movements will help so the disease would burn itself out.
But things have changed and 2020 is very different from 1918. According to Global Health Security Index, less than one in five countries around the globe is prepared for the global pandemic because most of the countries lack intensive care services. People behave in non-protective manner relying on government to take care of them. On top of that, there are a large number of citizens who suffer from heart disease, diabetes, cancer, obesity that weakened their immune system. The conclusion is that we have built a social and economic system that ordinary people are vulnerable. Interventions such as social distancing and staying at home have economic costs. A voice of clarity and alternative solution would be a structural reform of our social and economic system to create better-adapted society and citizens.