Did you know that HIV was created by the US government in order to oppress the country’s African American population?

Or that researchers engineered the Zika virus to ruin Brazil’s hosting of the 2016 Olympics?

Or that coronavirus is linked to the roll-out of 5G mobile networks? 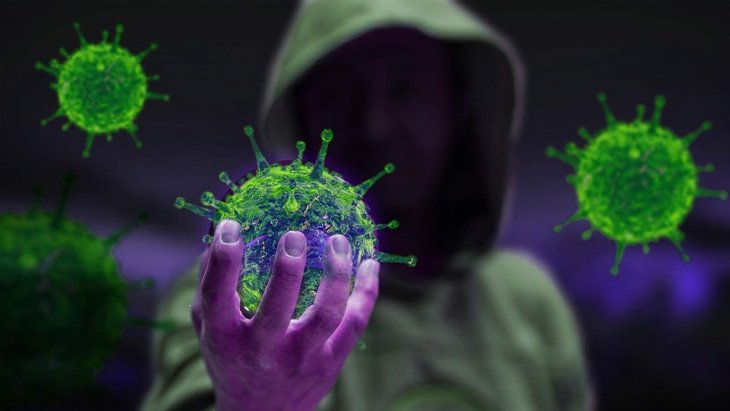 While these claims obviously are far removed from reality, they are nonetheless widely believed. They are examples of conspiracy theories that have arisen as a result of, or in conjunction with, infectious diseases. Epidemics generate conspiracy theories and in general these theories all tend to have the same basic structure: someone very powerful has decided to use a disease to influence or injure us in order to achieve specific goals.

How can we prevent and combat conspiracy theories? The coronavirus crisis lends these questions current relevancy, but the topic is broader and will be relevant far beyond our current times.

Conspiracy theories are a normal part of how humans understand reality. These theories provide explanations for situations that people find unpredictable and threatening. Moreover, they are reinforced by individuals’ cognitive mechanisms and by social processes. Conspiracy theories are always about power dynamics, and they are targeted at what we perceive as powerful elites, such as politicians, the super rich, and scientists.

Much research has been conducted into the nature of conspiracy theories and why such theories spread and survive. The most important attribute of an effective conspiracy theory is that the story is told in a way that ensures maximum credibility. This is achieved by structuring the narrative around plausible players and events, among other things. For example, a conspiracy theory that casts the American government or Bill Gates as the mastermind behind an evil plan will be more successful than a theory about a problem being caused by reptiles from Mars.

Conspiracy theories relate narratives that explain a situation or an event that causes widespread fear, and thus allow us to direct our fear against something specific. The theories create order and provide comfort. A related perspective is that conspiracy theories are quasi-religious forms of explanation. That is, they fulfil some of the same needs and functions as religion, while at the same time differing from organized religion, among other things because the people who create and disseminate conspiracy theories would generally see themselves as critical of authority.

Conspiracy theories often have an impact on the public perception of particular minorities and minorities often have a role in the narratives proposed by such theories. The classic example from European history is false narratives about how Jews undermined society and public health. Such anti-Semitic stories have circulated in Christian societies at least since the Middle Ages and have caused and justified innumerous instances of murderous violence.

During the influenza pandemic of January – ¬August 2009, which was popularly but erroneously named “the swine flu pandemic”, a widely circulated conspiracy theory in the United States was that immigrants from Mexico had brought the disease into the country. As a result, the disease became known in many countries as “Mexican flu”, despite the fact that the first cases were identified in California. Immigrants from Mexico were stigmatized by a number of media outlets as a threat to public health, and pro-immigration liberal elites in the United States were scapegoated on the basis that they had not taken border control seriously.

Similarly, in spring 2020 there were many reports of minorities being subjected to racism, harassment and violence, because they were assumed to have a role in the coronavirus outbreak. In the United States, Jews have been accused of being behind the coronavirus pandemic, while in India the BJP, the extremist Hindu ruling political party, supports attacks on Muslims, claiming that Muslims want to infect Hindus, in a kind of imaginary coronavirus jihad. In western countries, it seems that Chinese minorities have suffered most from such prejudices.

Consequently, the conspiracy theories undergo so-called “mainstreaming”: they shift from being marginal and extreme assertions to become part of mainstream debate. In the conclusion of a report dating from mid-April 2020, the authors write, among other things, that the outbreak of hate and fake news during the coronavirus crisis is an extremely dangerous trend, and argue that “outbreaks of weaponized information serve to attack public trust and undermine democratic institutions at a key moment of global vulnerability.”

While the virus causes suspicion and hostility inside countries, we can also observe a completely different trend. Countries are often perceived as important actors in the understanding of pandemics and for this reason outbreaks hold the potential for shaping foreign policy. In a study from Switzerland during the 2009 pandemic, researchers found that when people were forming an understanding of the outbreak’s global dynamics, in general they saw nations as the important entities. In the same way, in public debates during spring 2020, we have talked about China, Italy, Spain, Sweden and so on as the important actors in the global narrative of the disease. Conspiracy theories about the behaviour of countries and their elites have found fertile ground during the coronavirus crisis, partly because the disease emerged in China and relations between China and the West were already tense.

We know that Russia disseminates disinformation, including conspiracy theories, as an important element in its policy towards the Western world. During the crisis, Russia has been responsible for launching some rather extreme theories, alleging, for instance, that the coronavirus was engineered by American researchers in order to create trouble for China. Some of the Russian narratives also cast the World Economic Forum at Davos, George Soros and major pharmaceutical companies as actors in these evil plans. The Chinese government has engaged in a global information campaign to deflect criticism. They have asserted that the virus did not originate in China and may have been engineered by the Americans. Similar items of fake news have also found their way into mainstream Western media. On 14 April 2020, the Washington Post published a long article by the American journalist Josh Rogin describing how the US State Department had expressed concern about biosecurity at a virus research laboratory in Wuhan, China. According to Rogin, the virus could have been accidentally released by researchers at the laboratory. The US president Donald Trump and Secretary of State Mike Pompeo are among top US politicians pushing the same conspiracy theory in a rhetorical war against China.

From the scientific community there have been attempts to counter conspiracy theories like this with accurate information ever since the pandemic spread from China. In mid-March 2020, The Lancet, one of the world’s most highly regarded medical journals, published an article warning against the conspiracy theory about a laboratory in Wuhan being the source of the coronavirus, stating among other things: “We stand together to strongly condemn conspiracy theories suggesting that COVID-19 does not have a natural origin.” (The Lancet, p. 42). A number of other reputable newspapers and journals have repeated the same warnings.

Can we inoculate against conspiracy theories?

Psychological experiments suggest that people are less inclined to believe and share fake news on Facebook, if they read a brief text reminding them about standards for critical thinking before they get to see the news item, or to use the technical term, if they are primed. A meta-analysis of over 40 earlier research papers concluded that “inoculating” people with critical information made them more able to defend their opinions and more resistant to persuasion.

It seems that this type of inoculation can be effective against conspiracy theories. In an experiment, 312 participants were asked to watch a well-known film that put forward the conspiracy theory that the 9/11 attacks in the United States were an “inside job”. The participants were divided into three groups. One group was inoculated before watching the film by being shown a brief text. Two different texts were provided, one with factual information about 9/11 and one with a more general encouragement to think logically. The second group received no inoculation, while the third group had what the researchers called a “meta-inoculation”. The results showed that participants exposed to either form of inoculation were less disposed to believe in the conspiracy claims in the film, but the fact-based inoculation was more effective than the logic-based inoculation.

When applied to the coronavirus crisis and similar pandemics, the insights from inoculation theory show that one can make people less receptive to false information and conspiracy theories by doing three things: 1) providing straightforward and accurate information about the disease; 2) “reminding” people that they should attempt to think logically about information; and 3) warning people that conspiracy theories will emerge, and telling them something about the kinds of theories that have emerged in similar situations before. Health authorities across the world have done little with regard to the latter two points, but in some places the media have to some extent taken up this role.

The health authorities of Western democracies are generally well equipped to spread accurate information and many have experience in doing so and that is important. However, there has been far less focus on the destructive potential of fake news and conspiracy theories. The relevant institutions should learn how previous epidemics and pandemics have led to conspiracy theories. More knowledge is desirable both among the authorities and the general population about how conspiracy theories are used strategically in foreign policy, and how they are used deliberately to scapegoat minorities or individuals. “Inoculation” with information can make people resistant to conspiracy theories. This knowledge and the underlying research could be used strategically by health authorities and health personnel without any need for expensive or time-consuming measures.