A lack of a sense of belonging is destructive. So perhaps it is wise to examine both structural racism and everyday racism more closely, also in Norway, writes Marta Bivand Erdal. 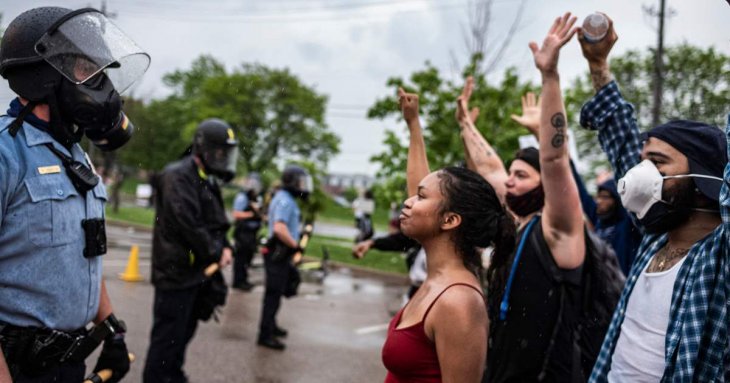 The police killing of George Floyd and the ensuing demonstrations that occurred both in the United States and in Norway, put anti-racism on the agenda in the summer of 2020. The public debate about these demonstrations and Black Lives Matter rapidly became just as polarized as debates on immigration. Subsequently debates in Norway have been focused around concepts and approaches to studying racism – debates which have arguably also became far more polarized than might have been the case.

Do such debates contribute to fostering a better sense of belonging in Norwegian society, on an equal basis, for all children and young people who are born in Norway? Because everyday racism – not police violence or explicit discrimination in recruitment processes, but the small things that happen everyday – also contribute to shaping your experience, and mine, of whether we are allowed to belong. And sometimes such everyday racism may also have structural dimensions. Belonging isn’t something that one thinks much about so long as things are going well, but the lack of a sense of belonging can be experienced as both acutely alienating and gradually destructive.

Experiences of racism in Norway

In my research over the past 15 years, I have interviewed, and conducted focus groups with, hundreds of people with migrant backgrounds in Norway, as well as young people and adults from all kinds of backgrounds. I have asked people about their lives, their hopes, and their experiences. I have never asked them directly about racism. Even so, I have got to hear about an incredible number of experiences of racism in the everyday lives of completely ordinary Norwegians with migrant backgrounds. The fact that I myself have a migrant background and speak Polish as my mother tongue, positions me as a researcher in specific ways in this landscape of majority- and minority-Norwegians.

Experiences of racism have almost always been described to me as part of a more complex reality, where inclusion is more often a more important experience than exclusion. The problem is that a single exclusionary experience may actually be perceived as extremely significant, leaving scars that are difficult to forget. Fortunately, experiences of inclusion and equality are more significant for most people of migrant backgrounds, and many make an active choice to allow these experiences to have more significance.

This was how things were for the young man I interviewed in 2007. He was Norwegian-Pakistani. He had come to Norway as young boy with his Pakistani parents, who came to work in Norway. He was in his early thirties at the time of our conversation, and was worried about whether his two-year-old daughter would ever come to feel a completely natural sense of belonging in Norway. He hoped that she would. Despite some direct experiences of overt racism, this man had chosen to allow his experiences of inclusion to predominate, but his anxiety about his daughter’s future as a Norwegian was still present. In other words, anxiety that a child who had been born in Norway would never be able to experience a sense of belonging in her home country. Why? Because of her name and appearance.

The debate about structural racism

In the debate about structural racism, the spotlight has been on whether this concept is good, bad, or in any way relevant, in the Norwegian context. Obviously the concept has its own history. In the United States, the term structural racism has a distinct history. Among other things, it refers to “redlining” – efforts to determine who could live where in American cities by denying financial and other services on the basis of skin colour. Today one can still trace the long-term socio-economic consequences of the systemic segregation engendered by such practices.

Who grants recognition that a person is “one of us”?

Norway is not the United States, but the issue of equality among citizens with regard to their sense of belonging is extremely relevant in Norway. This is about who feels at home and who does not. But even more, it is about who gets to decide these feelings. This process may be embedded in systems through laws and regulations, but such structures can also be more informal. Who grants recognition that a person is “one of us”?

And who is expected to ask meekly for such recognition to be granted? Some people will argue that this is not about structures. Well, these kinds of informal structures are often hidden and difficult to perceive, particularly for those who are not personally affected by the inequality these structures sustain. This does not make these structures any less real for people who have to live with the fact that their sense of belonging is continually being put to the test.

It is important to be able to distinguish between what is intended and what is experienced. For example, take the question: “Where do you (really) come from?” Or how does one understand the statutory protections of minorities in Norway? In a state that in a global context is functioning extremely well, and which also seeks to protect minorities, but where failures, of course, occur. In both cases, it is easy to imagine that what is intended and what is experienced do not always coincide.

So how should one attempt to grasp, understand and explain both what is intended and what is experienced? Failure to acknowledge that there is a difference is a serious error. If there is an imbalance in power and position, failure to attach the necessary weight to this imbalance will also be a serious error. While it may be wrong – as Torkel Brekke discusses in the newspaper Morgenbladet – to accuse the entire society of “structural racism” in general, it is also wrong to deny the possibility that people have had genuine experiences of precisely this type of structural racism.

A foreigner and a Norwegian

Some young people with migrant family backgrounds who themselves were born and have grown up in Norway, for whom Norwegian is their main language, and also the language in which they communicate with their friends, still choose to describe themselves as “foreigners”. Is this an example of a sociolect and a young person’s need for a distinctive identity?

perhaps it is wise to examine both structural racism and everyday racism more closely, also in Norway

Yes and no, this is about an interpersonal mechanism: the fact that belonging arises through dialogue. If you don’t acknowledge that I belong here, then my own identity as someone who belongs here has little value, almost regardless of what kind of human community we are taking about. So perhaps it is wise to examine both structural racism and everyday racism more closely, also in Norway. Not by conducting a kind of prosecution, but by surveying the actual situation on the ground.

[…] article written by Marta Bivand Erdal was first published in English by the Peace Research Institute Oslo (PRIO). It is republished here with kind […]