22nd JULY 2011: a terrorist killed 68 young people and bombed the Government Quarter, where he killed nine people and injured many more, because the ‘Labour-Party state’ was promoting ethnic, religious and political diversity. 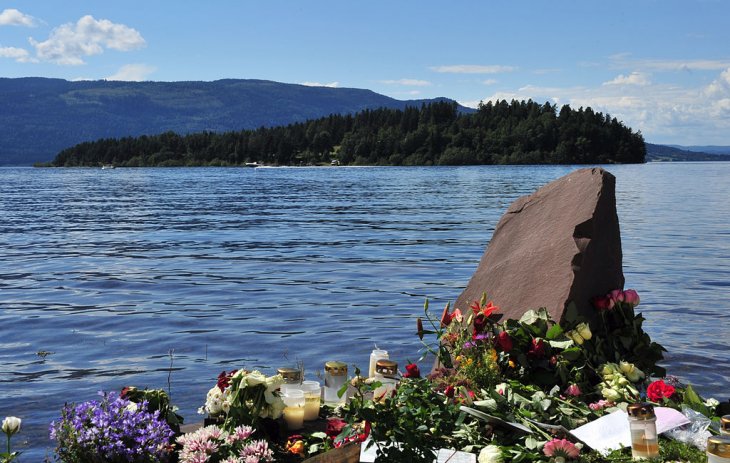 Democracy and the constitutional state are threatened when the Labour Party, or other political parties, become the targets of violent attacks, writes Trond Bakkevig. Photo: Paal Sørensen

“Then they came for me —
and there was no one left to speak out for me.”

“We got nothing in return for being restrained,” says the Labour Party Youth League (AUF), which calls for a confrontation with the ideas that led a terrorist to kill its members. The terrorist targeted the AUF because they defended and reflected society’s ethnic, religious and political diversity.

The terrorist was a lone wolf, but he shares the ideas of people who see diversity as a threat, and by text and talk target and render suspicious those who defend diversity. There were and are people in leading political positions who explain and excuse such behaviour and attitudes.

The Labour Party was deeply affected. Sixty-eight young people were killed because they were Labour members. The Party Secretariat moved into Oslo Cathedral’s offices, because its own offices were filled with shards of glass after the attack on the Government Quarter. Some of them had escaped the killer. Others had lost friends or loved ones.

The terrorist’s attacks were targeted

On 23 July 2011, Raymond Johansen (then Party Secretary of the Labour Party), sat with the members of the Secretariat in the Dean’s office and phoned all of the county branches of the party. Through the window, we saw the public square outside become a sea of flowers, while the cathedral filled with people wanting to light candles, pray or simply be there.

The telephone conversations were characterized by deep warmth and seriousness. They dealt with how local members could care for the young people who returned from Utøya – and also with the funerals.

No, terror had not struck indiscriminately. And what is an innocent life under such circumstances – are there any guilty ones?

I was immersed in this experience when I read what a bishop had said: “For the first time since the war, we in Norway have experienced what happens every day in many other places around the world: terror strikes indiscriminately and takes innocent lives.”

No, terror had not struck indiscriminately. And what is an innocent life under such circumstances – are there any guilty ones? The terrorist targeted and killed young people because they were members of the AUF. He bombed the Government Quarter, where he killed nine people and injured many more, because the ‘Labour-Party state’ was promoting ethnic, religious and political diversity.

Subsequently, the AUF and the Labour Party, when pointing out that they were targeted, have been accused of ‘playing the 22nd July card’, that is, playing victim.

I was taken aback when the prime minister, Jens Stoltenberg, used the word ‘evil’ about the targeted, political terrorism.

I was taken aback when the prime minister, Jens Stoltenberg, used the word ‘evil’ about the targeted, political terrorism. An element of evil is essential for carrying out such actions, but the word ‘evil’ moves the motive to another sphere, beyond politics.

Perhaps the prime minister’s usage contributed to the fact that the sermons preached by this bishop and others hardly mentioned that democracy and the constitutional state are core values for Christianity. These values are threatened when the Labour Party, or other political parties, become the targets of violent attacks.

The bishops emphasised God’s care. That is necessary in such a situation, but it is not enough. Leaders of the church must give guidance when confronted with actions and words which threaten core values in our society. The church failed in this duty when the above-mentioned bishop quoted words from a well-known Norwegian children’s song “Ingen er så trygg i fare”, which effectively says that: no one is ever so safe as a child loved by God. The bishop then went on to say about the young people who had been killed that God had “given them life and protected them until this day.” (Yearbook of the Bishops’ Council 2011).

The short road from words to terrorism

Long experience has taught us that the road from words to terrorism is short. In 1084, the Pope wrote that Christianity had been “reduced to a laughing-stock, not only of the Devil but also of Jews, Saracens (Muslims) and heathens.” At the same time, Jews were being accused of conducting ritual sacrifices of Christian children. When the Latin Church a dozen years later organised the First Crusade, it began with massacres of Jews in Germany.

The 22nd July terrorist published his manifesto to coincide with the timing of his atrocities. Eight years later a terrorist from Bærum (just ouside Oslo) had his ideas formed by reading. He murdered his sister and went to a mosque in order to kill. The murder of Benjamin Hermansen (20019 was an attack on diversity.

Diversity, democracy and the rule of law

Hate campaigns against Jews and Muslims are not confined to the murkiest corners of the Internet.

Hate campaigns against Jews and Muslims are not confined to the murkiest corners of the Internet. For example, ‘Palestinian’ is a term of abuse for many people. Lesbian, gay and transgender people are the targets of spoken and written harassment and physical attacks. To ‘play the 22nd July card’ is to defend diversity in religion, political opinion, gender, sexual orientation and ethnicity.

All over Norway we will hear church bells ring on 22 July. This is a good opportunity for the church to remind itself that it also has the task of defending democracy and the rule of law, and to learn what the Lutheran pastor Martin Niemöller wrote after the overthrow of the Nazi regime:

First they came for the Communists, and I did not speak out —
Because I was not a Communist.

Then they came for the Socialists , and I did not speak out —
Because I was not a Socialist.

Then they came for the Jews, and I did not speak out —
Because I was not a Jew.

Then they came for me —
and there was no one left to speak out for me.