After a declining trend since 2014 for the number of people killed in armed conflict, approximately 84,000 people died last year. 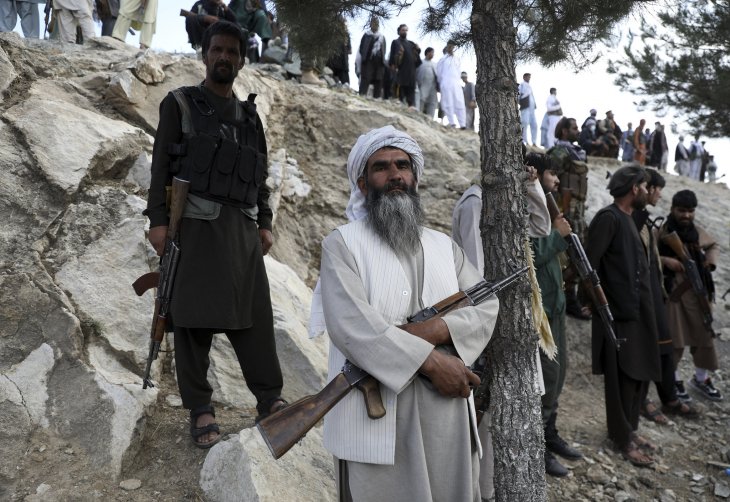 Asia was the hardest-hit region in 2021, largely due to the escalating violence in Afghanistan. Since the Taliban took control in Afghanistan, the number of deaths has fallen to a lower level. Photo: AP Photo/Rahmat Gul / Flickr CC BY-SA 2.0

Since 2014, we have seen a global declining trend for the number of people killed in armed conflict, but in 2021 this trend experienced a sharp reversal. New figures from the Uppsala Conflict Data Program (UCDP) at Uppsala University, published in the Journal of Peace Research in June 2022 show that approximately 84,000 people died in conflicts in 2021. The trend of the preceding years was reversed even before Russia invaded Ukraine in 2022.

The first decade of the 21st century was the most peaceful period in history, despite the invasions of Afghanistan and Iraq. The next decade was marked by several major conflicts, including the conflict in Syria. A decline in deaths from 2014 gave reason for some optimism, which unfortunately turned out to be groundless.

In conflict research, we divide conflicts into three categories: state-based conflicts, non-state conflicts, and violence against civilians, or so-called ‘one-sided violence’. The number of fatalities in all three categories increased in 2021, largely due to escalating violence in Afghanistan, Ethiopia and Yemen, which together accounted for 80 percent of all victims of war and conflict in that year. Conflicts in Somalia and Nigeria also exceeded 1,000 fatalities each, which is a usual threshold at which a minor conflict is reclassified as a war.

The numbers of both wars and armed conflicts decreased from 2020. Azerbaijan won the war fought over Nagorno-Karabakh, and casualties in both the wars in Syria fell under the threshold of 1,000 deaths.

Fewer conflicts in the Middle East

Following the Arab Spring, the Middle East dominated conflict data for a decade. Two major contributors were the emergence of IS and international involvement in the region. The war in Yemen continues to be one of the world’s most serious conflicts, but other parts of Asia and Africa are now more in focus.

Asia was the hardest-hit region in 2021, largely due to the escalating violence in Afghanistan. After the American withdrawal from Afghanistan, the Taliban started a major offensive for control over the country. This resulted in a dramatic increase of casualties. Since the Taliban victory, the number of deaths has declined significantly.

Africa has by far the largest number of conflicts and accounts for nearly half of the global total. The wars in Nigeria, Ethiopia and Somalia represent the greatest cause for concern, but other conflicts can potentially escalate to the same level. Burkina Faso, the Central African Republic, Chad, Cameroon, Mali and the DR Congo all have conflicts that could explode. Some of these conflicts date back to the 1940s, but continue to have concerning explosive potential.

Since 2006, radical islamism has been in the spotlight. There are still many conflicts in which radical Islamist ideology is a factor, including four of the five wars that were active last year. In addition, IS is active in 15 countries, from Mali to the Philippines.

… we can detect the legacies of former empires.

But patterns of conflict are becoming ever more varied. Several conflicts are being driven by various forms of nationalism and we can detect the legacies of former empires. The conflicts in Ukraine and the Caucasus, and between Kyrgyzstan and Tajikistan, have historical links to both the former Russian Empire and the Soviet Union. Long after Indonesia gained independence, the country has been engaged in conflicts with areas that retained the status of European colonies. One example is the currently active conflict in West Papua.

The Ambazonia region in Cameroon was a British colony but was merged with French Cameroon in 1961. This merger led to a war that left 60–70,000 people dead. The same conflict flared up again in 2016 remains active. Various Kurdish rebel organizations have long been fighting for an independent Kurdish state, but in more recent history, the collapse of the Ottoman Empire was a turning point. Three conflicts, in Syria, Turkey and Iran, were active in 2021 and a threatened Turkish offensive in Syria gave grounds for concern.

One of the most serious wars in the post-Cold War era was the conflict between Eritrea and Ethiopia at the turn of the millennium. This war is active once again and is now coinciding with a civil war in Ethiopia. Historically, Ethiopia is one of the world’s most conflict-ridden countries, and the reignition of a conflict here is a worrying development.

Not all conflicts involve states. In 2021, the UCDP identified 76 conflicts between non-state organizations, which together accounted for 25,000 fatalities. This was an increase from 2020. Sixteen of these conflicts were in Mexico, which accounts for over 80 percent of all deaths in non-state conflicts.

Nearly 40 percent of all violence against civilians in 2021 was in Ethiopia. All parties committed violations of human rights, and there was widespread sexual violence.

The conflict picture in 2022 will probably be dominated by Ukraine, but it is still uncertain whether the global situation in 2022 will be as bad as it was in 2021. Afghanistan is now less violent than it was a year ago; a ceasefire has been agreed in Yemen, although it is too early to assess its effectiveness; and there are also signs that the wars in the Horn of Africa are waning in intensity.

At the same time, levels of war and conflict are much higher than they were 15 years ago. One of the main reasons is that the UN Security Council is no longer functioning as a force for generating peace, and there is scarcely any reason to believe that the situation will improve in the near future.

Norway can help by supporting existing and new peace operations, and by keeping attention focused on efforts to negotiate political solutions. Several old conflicts are reigniting – including conflicts where peace treaties had been agreed previously.

Nevertheless, we believe that efforts to secure peace are useful – but these efforts require patience and international presence.