After dehumanizing events – such as the 2011 Norway terror attacks – emotions play a significant role in the public sphere.

Let me offer a couple of examples:

On August 21, only one month after Anders Behring Breivik killed a total of 77 people, Norway’s King Harald held a deeply emotional speech at the national memorial ceremony. Here, and on behalf of the survivors, the bereaved and society at large, the King expressed such emotions as grief and loss.

And during the trial against Breivik in 2012, the proceedings were interrupted as a victim’s brother threw a shoe at the perpetrator, emotionally expressing anger in the midst of institutionalized, legal procedures. 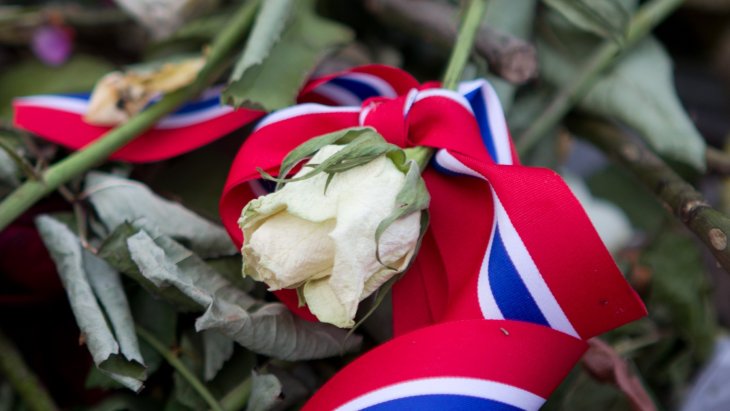 What these incidents have in common are the ways in which they contribute to a dynamic between the private and the public sphere. By this I mean that politics, in such moments, is being conceived as based on both rational argumentation and emotions. Hence, the location of private loss and public mourning coincides. This stands as a contrast to most mainstream political thought, which presupposes a division between the private and the public. Therefore, these examples force us to think again about this dichotomy.

love or anger [can be] key features of democratic action

In the last decade, we have seen an emerging interest in this relationship between politics and emotions, which is often referred to as “the affective turn”. The philosophers Martha Nussbaum and Judith Butler are among the most important contributors to this turn, viewing the political role of emotions, such as love or anger, as key features of democratic action. Moreover, advocates of this affective turn highlight how our body and our bodily experiences are not only a premise for our perceptual orientation but also represent a way to express emotions politically. By doing so, these thinkers identify a wider register of political engagement than merely rational argumentation or representation.

To deal resiliently with identity and value issues after dehumanizing events, my suggestion is to reflect further upon the affective turn in ethics and politics when considering the dynamic between private loss and public mourning.