Academics and policymakers can probably agree on the need for a more solid research base in order to effectively support the inclusion of women in peace processes. Our chapter in the newly released Oxford Handbook on Women, Peace and Security, argues that improving dialogue among scholars and practitioners requires acknowledging that different forms of research contribute with different pieces of the puzzle. 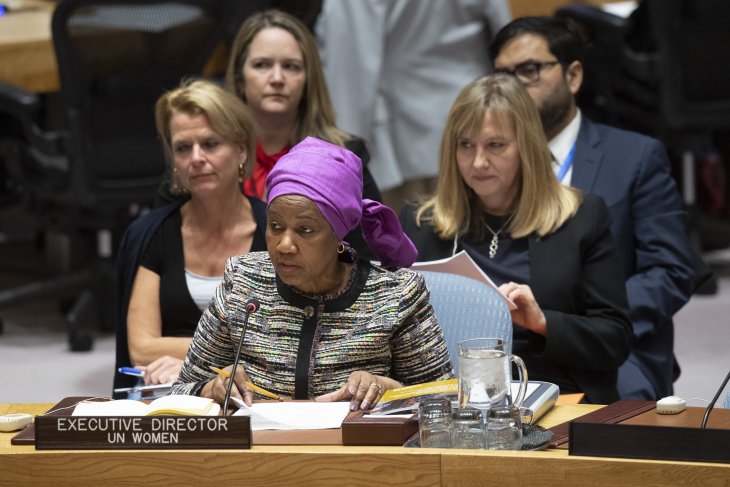 While different categorizations exist in the debate (see for example, Reiter 2014 or Kennedy and Dingli 2016), we here argue for the usefulness of discussing the contributions of two forms of approaches: first, a conceptual critical feminist research (henceforth called feminist research) often identifying and deliberating on underlying political discourses affecting perceptions and performance; and second, systematic empirical research on gender (hereafter empirical research) collecting disaggregated data and information in order to examine causes and understand trends useful for evidence-based recommendations. We have spent the last decade assisting the progression of the latter approach.

Recently, Louise attended the UN Women conference Women’s Meaningful Participation in Peace Processes: Modalities & Strategies Across Tracks. It involved experienced actors from Yemen, Syria, Colombia, Myanmar and Kosovo, and covered a wide spectrum of issues and challenges. Initially, discussions focused on the unique situation of each context but ended with an increased identification of mutual trends and problems. What the participants all had in common was that they waged tough battles in order to make their voices heard. To us, the discussions unearthed essential considerations from our chapter as to how feminist and empirical research can assist in supporting their efforts.

If we see “peace” merely as the absence of violent conflict, this disregards the fact that there might not even be peace for women if their security and rights have not been an integral part of the process.

As is clearly exemplified in the Handbook, feminist research has been successful in providing in-depth awareness into what the contents of terms and concepts can entail for what is labeled as important. I.e. that limitations in how we understand a problem affect whether or not women’s key concerns are incorporated. For instance, if we see “peace” merely as the absence of violent conflict, this disregards the fact that there might not even be peace for women if their security and rights have not been an integral part of the process. Feminist research can thereby help us identify overlooked concerns and how they relate to the greater objectives. For empirical research, it is a prerequisite to define key concepts. It is not until a concept is clearly described and delineated, that one can develop relevant indicators to collect information aiming to observe, assess and evaluate a phenomenon. Clear measurements also help us identify the spectrum of possible outcomes. Such scaling permits researchers, practitioners, and academics alike to compare and evaluate outcomes and thereby to learn from each other’s experiences (see, for example, Landman 2000).

This means that awareness of existing differences in meanings is central and that we need to work towards a nuanced but common understanding of focal words such as ‘women’s inclusion’ and ‘peace process’. Notably, many participants at the conference highlighted that we need to avoid falling into the trap of talking of women as one cohesive group. In the early stages of research and policy developments, ‘women’ tended to be treated as having similar characteristics or to automatically represent the same political standpoints, i.e. ‘women’s issues.’ Research has since underlined that such assumptions risks essentializing women’s roles both in conflict and peace. Both empirical and feminist research warn against such oversimplifications (see, for example, Willett 2010; Pratt and Richter-Devroe 2011; Gizelis forthcoming; Bjarnegård and Melander 2017). That is not to say that women’s activism is not important, but we need to recognize that issues are more complex and that women’s participation comes in many forms – as part of warring groups, as part of government, as women’s rights groups, as part of political parties of varying ideologies, in civil society etc. Women will not automatically share common ground or work toward shared objectives. If we better understand women’s different roles and standpoints, we will be able to monitor different patterns of participation over time and thereby better identify how we best can assist different forms of inclusion (Gizelis 2018).

As underlined in feminist research, power is key.

Moreover, how we understand what a ‘peace process’ consists of is key. Research underlines that while the need for inclusion spans all aspects of a peace process, our efforts to support women need to recognize the varying dynamics of the broader (male-dominated) actor compositions, and what dissimilarities between process phases – such as pre-negotiations, negotiations, and peace agreement implementation – mean for potential progress (see, for ex. Walter 2002; and Bjarnegård and Melander 2017). Moreover, we argue that there is a need to place support to women’s inclusion within the broader context of research on durable peace. For example, the activism of women’s organizations in multi-track peace processes is often outlined as a key strategy. However, empirical research has found successful multi-track processes to be very few in number, rendering them unique cases. This means that we cannot learn much on how to move forward from them. Moreover, in general, research indicates that most multi-track interventions to end violent armed conflicts are rather ineffective and only bring results in very specific conditions (see Böhmelt 2010). We do not argue that we should in any way disregard women’s efforts in track-two processes, but we need to reflect on what such results mean for effectively supporting women’s influence on the peace outcome. As underlined in feminist research, power is key.

Concluding, we came away from the conference with a sense of urgency in strengthening research-policy collaboration and exchange. And while we recognize that the difference between the two research approaches we have outlined are deep-seated, at times down to the ontological level, we argue that both strongly contend that not all women speak with one voice, but that all women matter. With this perspective, both forms of research can make important contributions for a more inclusive peace.