In the wake of the foiled terrorist attack at a mosque outside Oslo on 10 August, and the widespread solidarity seen outside mosques around Norway on the morning of Eid, we reflect on the prospects for hope and for the endurance of social fabric. We do so by drawing on our research on responses to the July 22 terror in 2011, and on our migration research. 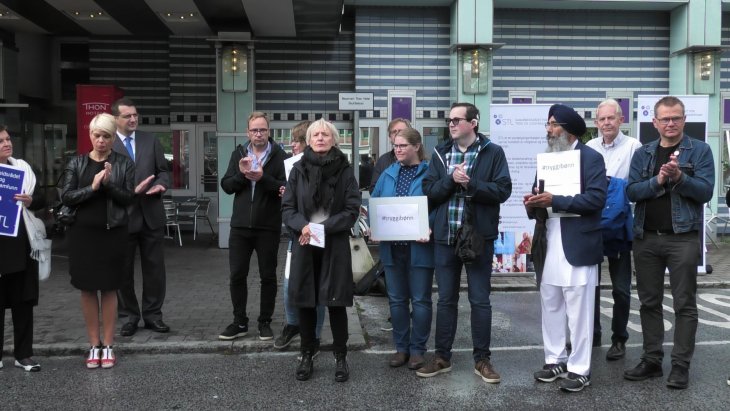 A foiled terrorist attack – and a family tragedy

The Al-Noor Islamic Centre in Bærum, just outside of Oslo, was the site of an attempted terrorist attack on Saturday 10 August, averted by two Norwegian heroes, both in their 60s. The two elderly men, regular mosque goers, originally from Pakistan, were present at the mosque after regular prayer time. They stopped the perpetrator before any lives were lost. Tragically, the perpetrator is accused of having killed his stepsister, a 17-year-old girl who was adopted from China and came to Norway as a two-year-old. The Islamic council of Norway has expressed their deepfelt condolences to the parents for the loss of their daughter, an act of bridgebuilding that the parents, through their lawyer, have already acknowledged with gratitude at this moment of great personal tragedy.

Meanwhile, we are learning more about the motivation of the perpetrator. He was inspired by the acts of the Christchurch, NZ terrorist, who in turn was inspired by the 2011 manifesto and actions of Norwegian terrorist Anders Behring Breivik. The Bærum attacker appears to have been radicalized not least via extreme-right Internet fora promoting variously racial purity, anti-immigrant, anti-Muslim, Nazi views, or identitarian Christianity.

If being Norwegian is ideally linked to tolerance, respect and peaceful debate, a key question becomes how we express this idea of Norwegianness in a truly pluralistic way, making room for the many deep-seated differences that actually exist in our society, while simultaneously not coming across as totally unrooted, relativistic or ‘elitist’.

Against the backdrop of the 22 July 2011 terror attacks at Utøya and in Oslo, which killed 77 people and which were also motivated by anti-immigration and anti-Muslim views, we must ask: why is Norwegian society again experiencing actions motivated by such anti-immigrant and anti-Muslim views? And how can we confront the driving forces of hatred behind these attacks?

In a recently completed research project at PRIO on values in the aftermath of the 22 July terror attacks (NECORE), PRIO and associate researchers investigated questions about freedom of speech, who ‘we’ are in a pluralistic democracy, and the ways in which both consensus and contestation are integral to a democracy. Responses to the attacks demonstrated what was perceived and portrayed as the solidarity and glue of the Norwegian social fabric: unity and solidarity. The many different parts of that project come together in emphasizing the fact that in a modern democracy, we simply have to live with deep-seated differences and disagreements. When the space for expressing such disagreements in a civil way shrinks, the danger of rising hatred and violent terror increases. If being Norwegian is ideally linked to tolerance, respect and peaceful debate, a key question becomes how we express this idea of Norwegianness in a truly pluralistic way, making room for the many deep-seated differences that actually exist in our society, while simultaneously not coming across as totally unrooted, relativistic or ‘elitist’.

As early as in 2011, our current Prime Minister Erna Solberg expressed concern over ‘hatred toward Muslims’ (muslimhat).

At the root of the Bærum attack lies a deep-seated fear and hatred directed toward Muslims. As early as in 2011, our current Prime Minister Erna Solberg expressed concern over ‘hatred toward Muslims’ (muslimhat). This is a Norwegian re-formulation, slightly toning down the term ‘Islamophobia’ (Islamofobi). Since 2011, the question of which term to use, the risks associated with either one, and perhaps more importantly, the extent and nature of the actual phenomenon in Norwegian society has been the topic of heated – and polarized – debate.

It is clear beyond a doubt, documented via quantitative and qualitative data, that Norwegian Muslims do experience discrimination. Rather unsurprisingly, the knowledge about the extent – and its effects – in the everyday lives of Norwegian Muslims is less pervasive among the population at large. It remains a question of urgency for the Norwegian government to put in place an action plan to combat Islamophobia (even if the choice is to refer to this as ‘hatred of Muslims’), to parallel the existing and equally necessary plan to combat anti-Semitism in Norway, also to combat intolerance among Muslims. Given that we know extremism fuels extremism, this has to be a priority.

[We’ve gathered] stories of people facing Islamophobia in everyday life, but even more frequently, facing what might better be described as a fear, or just a slight reluctance, or a sense of unease, more than outright hate.

Our research among Muslims in Norway

In the context of the terror attack on a mosque just outside of Oslo this past weekend, it is pertinent to point to our research that underscores the reality of anti-Muslim views in Norwegian society, and their detrimental effects not just for Muslims, but for the society which Norwegian Muslims are an integral part of. This research has explored a range of themes, from Islamic charity, to active citizenship, considerations about return migration, practices of remittance sending, or living in the diversity that characterizes a city like Oslo. The research has mostly not focused on individuals primarily as Muslims, nor has it sought to explore Islamophobia or extremism.

Yet, across the themes we have explored, a recurring reflection has been on the stories that emerge, next to the themes we are mainly looking into. These have been stories of people facing Islamophobia in everyday life, but even more frequently, facing what might better be described as a fear, or just a slight reluctance, or a sense of unease, more than outright hate. Having fellow bus passengers, co-parents at school, and other fellow citizens see you as someone to be slightly uneasy about – and sending your children out into that reality – is naturally something our interviewees expressed concern about.

In most of our interviews and interactions, the emphasis has been on how these are often one-off experiences, which do not – or are not permitted by individuals to – shape the entirety of their lived experience. These are experiences – and an awareness – that are there, omnipresent, but for most of our interlocutors out-weighed by everyday experiences of another nature, which speak to humanity, to openness, to living everyday life alongside one another, together. The lives of Muslims in Norway are, arguably, not mainly shaped by hatred, fear or reluctance from their neighbours, at least until now. 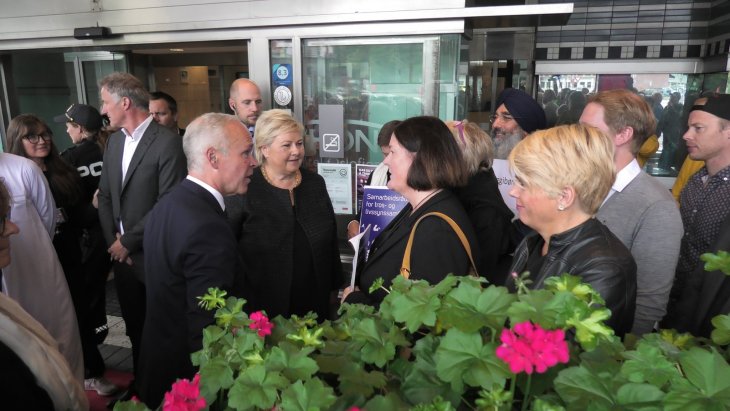 When Muslims were gathering to celebrate Eid-ul-Adha on the Sunday following the terror attack on Saturday, not only were they met by both uniformed and civilian police at mosques and halls prepared for celebrations in cities and towns across Norway, they were also met by neighbours and by other citizens of different faiths and life-stances. This rapid response, often citing the hashtag #tryggibønn (safe in prayer), came about both spontaneously, using social media to spread information, and through the networks of the Council for Religious and Life Stance Communities in Norway, in Bærum, at mosques in Oslo, and across the country.

It is worth noting that while the hashtag #tryggibønn was introduced in response to the Christchurch NZ terrorist attacks on mosques, the inspiration for such cross-faith and life stance solidarity actions and, more generally, continued dialogue, is older. It includes the “circle of peace” (fredens ring) around the Oslo synagogue, initiated by Muslim young adults in 2015, following a deadly attack on a synagogue in Copenhagen, but also reaches further back in time. Lasting, trusting interpersonal relationships continue to represent a valuable potential for bridgebuilding and the maintenance of social cohesion in Norwegian society.

Trusting interpersonal relationships continue to represent a valuable potential for bridgebuilding and the maintenance of social cohesion in Norwegian society.

As Norway enters an election campaign, prior to local elections in September, it can only be hoped that politicians across the political spectrum are mindful of their rhetoric. While political debate should address policy-challenges related to increasing migration-related diversity, such as mechanisms of inclusion, exclusion and extremism of all shades, the very real dangers of anti-immigrant and anti-Muslim views in Norwegian society must be tackled head-on. Here, the example set by the solidarity and glue of social fabric demonstrated by residents standing outside of mosques to show Muslims celebrating Eid that they have every right to feel safe in houses of worship in their own cities in Norway, should be the minimum mark of decency for politicians to aim for in their political pre-election debates.