COVID-19 is the most severe pandemic since 1918. Beyond the harrowing humanitarian costs, large-scale economic disruptions are underway that can lead to crisis and conflict. The epidemiological advice is clear: flatten the curve, whatever it takes. Any society presented with the choice between world war-levels of casualties and temporary disruptions of social and economic life should chose disruptions over deaths.

Yet, the economic costs are nothing to be scoffed at and can easily serve as breeding grounds for future unrest. Solidarity across political camps, income strata, and nations is required to navigate the terrible times ahead. In the country that will largely decide the fate of the global economy, the United States, this might prove particularly difficult. Locked into deep political polarization, Republicans might have to temporarily accept public spending and government intervention as the only viable options amid this colossal natural disaster. 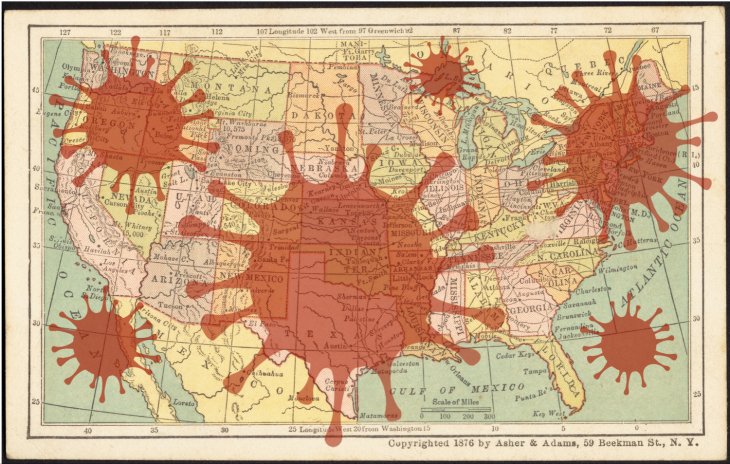 A simple repetition of the playbook for managing the 2008 crisis will likely not cut it. Back then, two measures were combined to avert economic depression at home: paying for bailouts and lowering interest rates. These approaches will likely be insufficient today.

Bailouts today would not only have to be issued to the largest banks, but to mom-and-pop stores and workers. The $2 trillion stimulus package that has just been agreed on between senators and the Trump administration will do that, but only after intense bickering over making financial assistance to the largest corporations unconditional on them laying off staff. Such blatant attempts of catering to big business (including the Trump hotels) reflects severe ignorance of what is at stake here. If mass layoffs were to occur, a real downward spiral of the US economy is imaginable. Millions of Americans might lose their jobs as the economy grinds to a halt, with massive-scale foreclosures and homelessness soon to follow. Over fifty percent of Americans cannot afford a $1,000 emergency payment today and will be in dire straits when confronted with a loss of income. Unless the magnitude of the required bailouts and their necessity sinks in across the political spectrum, measures will fall short.

Interest rates globally have been near zero since 2008 and therefore cannot be lowered any further. For years, economists have warned that another crisis could not be dampened by simply lowering rates to spur investments and keep the wheels turning. But even if interest rates were high, lowering them would likely not work. We are not confronted with a mildly uncertain business environment and limited access to cheap loans. We face a shutdown of the economy. No investment into the real economy can be profitable in the short run. Assembly lines stand still, stores are empty, construction sites are vacant, no matter where interest rates are at.

With those domestic measures weakened, another Great Depression is imaginable. Political polarization, currently at an all-time high, could intensify even further. Greece has offered a terrifying natural experiment of large-scale economic contraction, leading to out-migration, much increased support for political extremism, and violence. Heightened demand for firearms shows that Americans themselves are preparing for chaos. Solidarity in words and deeds across the political spectrum is badly required. The message must be clear: this is a short, brutal disruption, followed by a return to growth and prosperity. Temporarily raising taxes for the rich and directly supporting the poor seems advisable.

The world economy at stake

Beyond calming the waves in the US, the world economy needs to stay afloat. For better or worse, the US dollar serves as a global reserve currency. In 2008, the international political climate was comparatively good. The US and China had not yet engaged in a trade war, the Middle East was not yet locked in a series of proxy conflicts, and the largest migration crisis since World War II had not yet happened. Back then, coordinated efforts were made to strengthen economies, provide liquidity, and stabilize the dollar by preventing dumping of foreign debt.

Much of that spirit is alive today in the Federal Reserve Bank that has just opened new swap lines, i.e. access to US dollars for foreign central banks in exchange for their national currencies. Coordinated stimulus packages are either underway or have already been passed in many economies. But all this happens against the backdrop of a trade war and US pledges for protectionism. Willingness to find global solutions to the global pandemic should be signaled right now, for instance by temporarily removing trade barriers.

Solidarity for the sick, weak, and poor in every corner of the world is imaginable, but decisive political action is required.

Let’s all be friends

Despite the horrendous projected death count and expectable hardships, the COVID-19 crisis has one benign feature: it is not of our making. Natural catastrophes, including pandemics, are not the fault of The Other; they are acts of God or nature. In struggles of humans versus nature, humans can stand side by side. A chorus of political nonsense will likely provide a soundtrack for the catastrophe: the “Chinese virus” and the “deep state” have shut down the economy. Some people deserve foreclosures while others are “too big to fail”. “Old white men” haven’t done enough to protect women and people of color. Ultimately, none of these notions will contribute any solutions. In this sense, the COVID pandemic is a chance to move past right-wing nationalism, economic cronyism, and left-wing identity politics.

Solidarity for the sick, weak, and poor in every corner of the world is imaginable, but decisive political action is required. Most importantly, loss of life and loss of livelihood must be avoided with equal ambition. This might require temporary measures that are unpopular with conservatives, such as direct unemployment assistance, bailouts for middle-class entrepreneurs, and shelter for homeless populations.

To do their part in mastering the stress test ahead, Democrats must resist the temptation to leverage the catastrophe for political gain. Crisis management on the federal level should be applauded, whether or not it fully complies with scientific advice. A blame game over death and damage should be avoided.

The COVID crisis is unprecedented and we need to avert imaginable worst-case scenarios. Just like the countless families currently stuck in isolation in their homes, the American family is stuck in a country that is about to get hit hard and the human family is stuck in a globalized economy that will sputter for a while. We all really need to get along now.

While making some good points, this article perpetuates a myth – that disasters are natural and an act of God or nature. While there are natural hazards, including viruses and earthquakes, disasters, which are the consequence of hazard impact in specific contexts, are not natural. There are multiple ways in which social, political, and economic systems contribution to COVID-19 becoming a global catastrophe. We can acknowledge that disasters are not natural without othering, the two perspectives are not mutually exclusive.

Unfortunately US was hit quite strong, and the number of cases is still rising. My brother did a video on the current situation and I believe it’s very interesting. If you would be so kind, please go watch the video and comment on it, he’s new on youtube. It would mean so much to him. Stay safe! https://www.youtube.com/watch?v=J3gHrUwoNGo