In March and April 2020, an ecosystem of tracing apps suddenly emerged, presenting digital solutions as indispensable for winning the battle against Covid-19. A few months later, the techno-optimism has subsided drastically, ranging from a perception that apps are problematic surveillance tools (Russia, Bahrain and Kuwait) or ineffective (Singapore, France and Iceland) to the more spectacular fiascos, such as the now-withdrawn apps used in the UK and Norway. 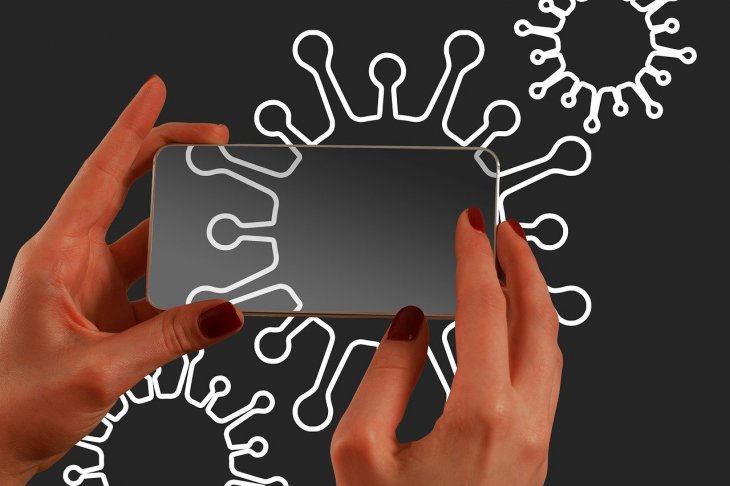 On April 16th, after about a month of R & D, the Norwegian government launched the Smittestopp app. Prime Minister Erna Solberg stated that using the app was a civic duty and 11 days later, 1.5 million adults in Norway, of a population of 5,4 million, had downloaded it. After a barrage of criticism, the app was shelved June 15th. The app had gone from being essential for ‘getting our freedom back’ to being a ‘valuable’ tool for tracking population movements to be labelled by Amnesty International as one of the world’s most dangerous for privacy. Using the rise and fall of the Norwegian Smittestopp app as an example, this blog points to explanations for why the Covid-19 app ecosystem is unravelling and implications for global health.

How was the rapid emergence of this ‘techno-fix’ ecosystem possible?

Domestic conditions are important: The general panic and state-of-emergency-mindset of early March 2020 allowed for intrusive government action and combined with a high domestic trust in government and a national predilection for technofixes. However, there would have been no ecosystem unless international elite networks and powerful domestic stakeholders had worked together to make the tracing apps a transnational project. In the Norwegian case, there is a direct link between the influential Science paper by Ferretti et al. (2020) and the work by lead author Professor Christopher Fraser at Oxford to the Smittestopp app. Fraser suggested the idea of an app to the Director of the Research Council of Norway, who recommended the app to the Director of the Norwegian Institute of Public Health. Simula, a government research lab with limited experience of producing apps, handling sensitive data management and researching epidemiology then drafted itself to develop and manage Smittestopp.

The reasons for its demise are not alchemy

The official reasons for the death of Smittestopp concern privacy and data protection. The government and Simula also blame a sharp decline in the infection rate, making the realization of the app impossible. With technofixes, the problem is often that we speak of solutions in need of problems (and markets). This was not the case with Smittestopp, which never became the solution for anything. This was not an instance of a ‘bad fit’. Moreover, there is nothing particular about COVID-19 that ‘failed’ the app.

The reasons for failure are conventional, common and well-understood in global health. The making of Smittestopp was hasty and characterized by a lack of transparency and a concerted effort to avoid a tender process. The technology never worked – combining GPS and Bluetooth, the app was criticized for power consumption and inadequate security. The elicitation of popular participation happened partly based on false, or at least, unclear premises. The government and Simula insisted that downloading the app was a civic duty and that refusing to do so was selfish. The intention to engage in mass data collection on population movements, which in practice turned out to be the main function of the app was not clearly communicated to the population. While Norway may be an unexpected candidate for these kinds of problems, none of this is unprecedented with respect to global health tech.

What are the lessons for global health data governance?

Hypes around technofixes – and tracking apps in particular – are a familiar spectacle in global health. So are their failures. However, the thorough politicization of Covid-19 responses makes the Covid-19 apps different. On an unprecedented global scale, governments have been trading on trust and fear to make their populations download unfinished and experimental products. As they are knocked over, one by one, the data hoarding legacy of these apps remains a reality despite their failure to ‘save lives’.

Yet, as COVID-19 will be with us for a long time, and will be followed by other pandemics, the global health quest for workable digital solutions must continue. This work becomes harder when trust has been abused. The Global Health Community must be more critical to digital tracking and take data protection and privacy issues more seriously.

Finally, when domestic initiatives, for reasons relating to incompetence, poor planning, and bad luck failed, Big tech and the Google/Apple collaboration were left standing as the safe, responsible, and morally righteous alternative. This is a highly paradoxical outcome in a context where surveillance capitalism, including in global health, is deeply contested.

Kristin Bergtora Sandvik (S.J.D Harvard Law School 2008) is a professor of legal sociology at the Faculty of Law, University of Oslo and a Research Professor in Humanitarian Studies at PRIO. She works on the digital transformation of humanitarian action.